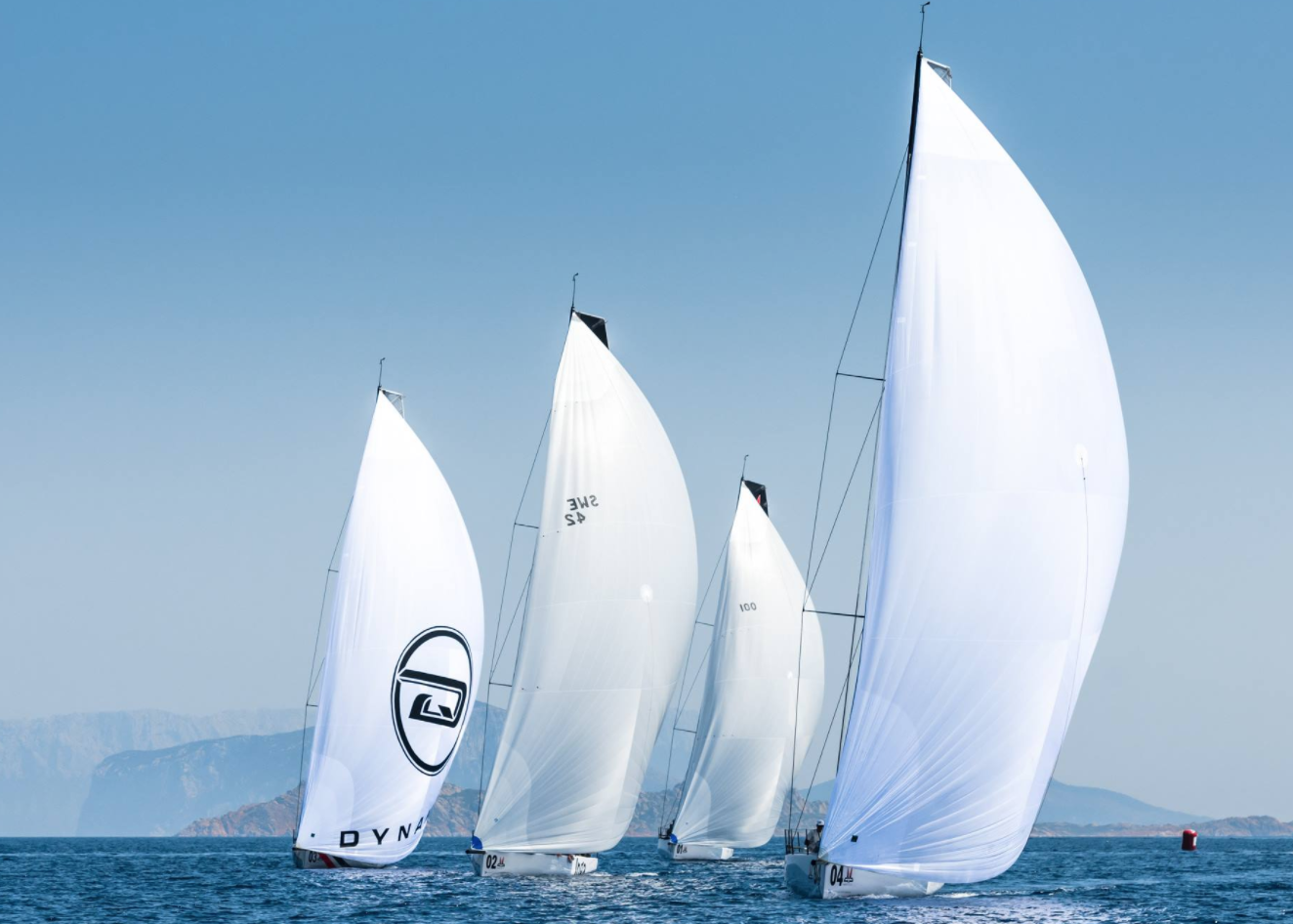 Big Pimpin’
Today the first-ever Melges 40 regatta began, and here’s a quick preview from our friends at Melges Europe.
Designed to race with maximum performance, everyone is quite curious and excited to check out the numbers produced by the Melges 40. Its initial performances in Dubai over the past few months show speeds very similar to that of a TP52.
For the first 2017 event and the only one to be held in Italy, there are four teams in Porto Cervo. Additional Melges 40s will be launched in the coming months.
Alessandro Rombelli’s STIG (Melges 32 and Melges 20 World Champion), Richard Goransson on INGA (2016 Melges 32 Series Champion), Valentin Zavadnikov’s SYNERGY GT (2014 Audi Sailing Series), and Hannes Waimer at the helm of NIGHTSHIFT from Dubai are the protagonists of the Melges 40 Grand Prix.
The current onboard configuration is a crew of nine, including the helm/owner. Tactics will be entrusted to Olympic Gold Medallist Jordi Calafat on STIG, multi-champion Vasco Vascotto for INGA, America’s Cup winner Ed Baird on SYNERGY GT, and former Volvo Ocean Race sailor Gordon Maguire for NIGHTSHIFT.
The Melges 40 Grand Prix is proudly supported by Helly Hansen, Garmin Marine and Barracuda Communication.
Check out the M40 Facebook Page for photos, videos, and updates!

wrong side of history?