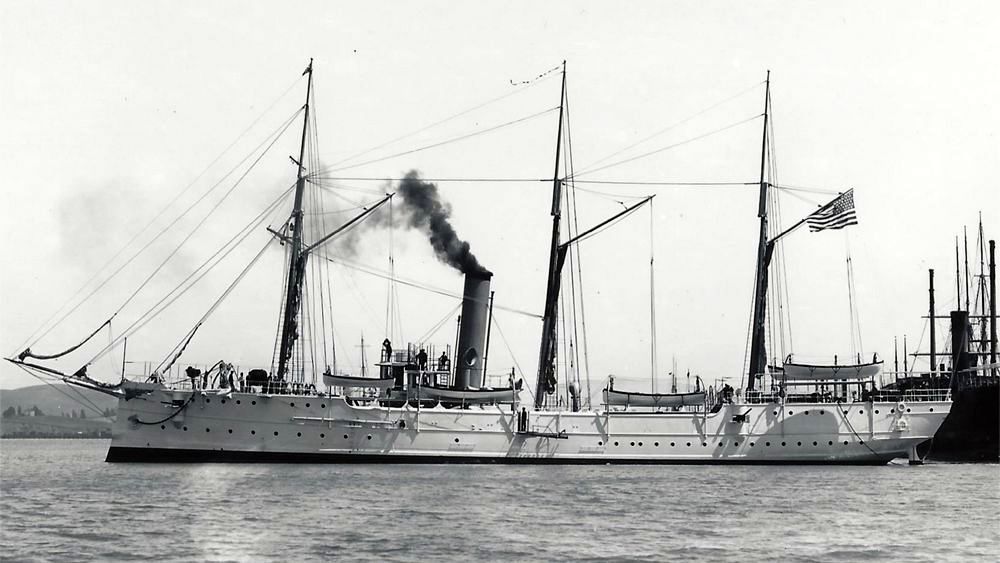 On Tuesday, the National Oceanographic and Atmospheric Administration (NOAA) and the U.S. Coast Guard announced the discovery of the lost cutter McCulloch off the coast of California, one century after she was lost in a collision.
The Coast Guard Cutter McCulloch was discovered in October by a Coast Guard and NOAA research team in the Pacific Ocean off Point Conception in Southern California.Commissioned in 1897 as a cruising cutter for the U.S. Treasury’s Revenue Cutter Service, a predecessor of the Coast Guard.
At the time of her construction, McCulloch was the largest cutter built. The ship was equipped with a steam engine and three masts rigged with sails, giving her a cruising speed of 17 knots. Her armament included four six-pounder rapid firing guns and one 15-inch torpedo tube. Read on.