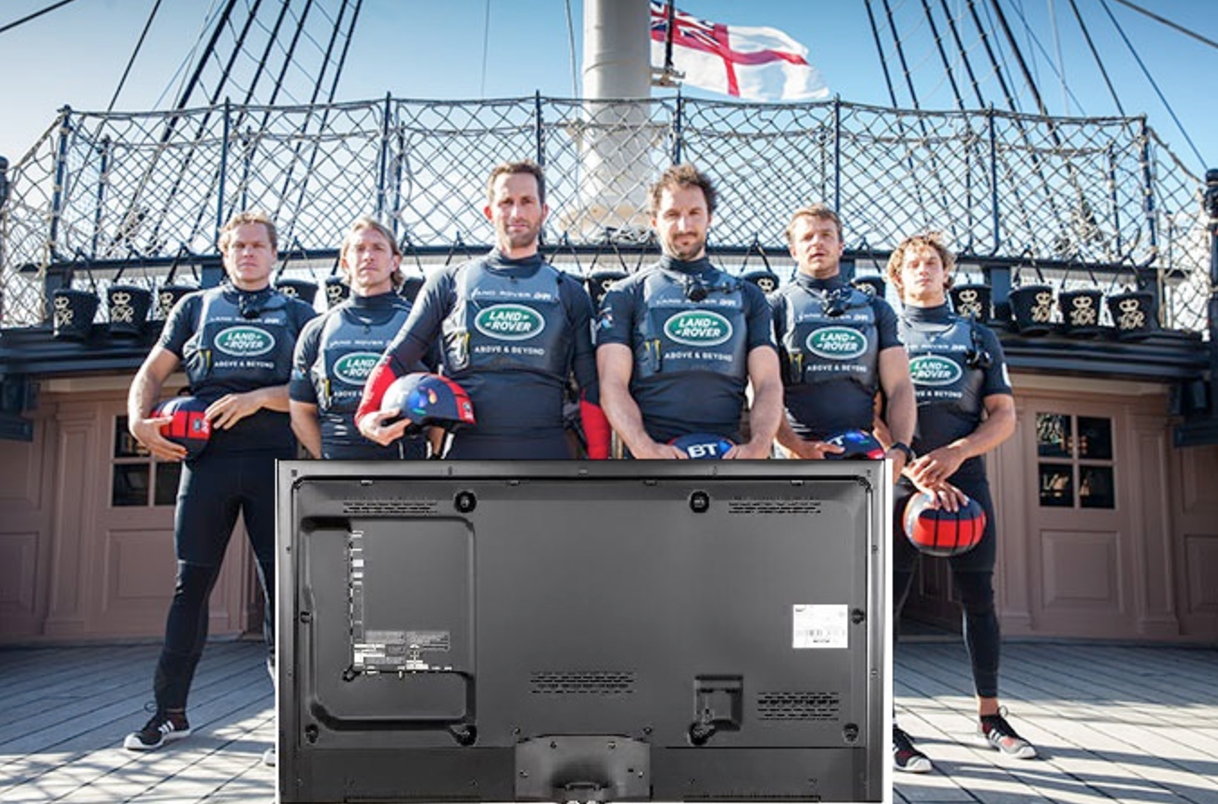 Ben and friends will be watching the rest of the America’s Cup on TV after prood that the Formula 1 genius of aero-guru Adrian Newey and ex-Mclaren F1 team boss Martin Whitmarsh just wasn’t enough to help Ben Ainslie Racing put together a winning package for Bermuda.  They finally looked better-than-average in the one race they legitimately won yesterday, but they were still a few percent away from ever mounting a credible challenge to anyone in the 2017 edition of the industrialists’ most precious game.  Ainslie’s team came up against a triple threat in ETNZ; A quick upwind boat with a radical Verdier foil shape (with upgrades on the way from C-Tech!), slick-as-hell boathandling from the well-practiced, pedal-assisted crew, and an apparent-wind beast in young Peter Burling.
While not quick enough to be a factor in Bermuda, we salute Ben, CJ and the boys for impacting the event in fundamental ways and providing a much-needed dose of honor to what is so often an honorless game.  Ben’s was the only sailing team in AC35 to be made up of all national citizens, and to take it all the way to the design and management team – an arena where many of the world’s best are not from the UK – shows a lot of national pride indeed.  They were similarly the only team to pay more than lip service to the sustainability and conservation movement that’s begun to pervade sailing, and Ben (and wife Georgie) did a great job speaking to the public back home and grabbing huge volumes of UK TV and radio coverage.  They look damned good, too.
Ben’s starting tactics also provided us with the two most memorable moments of the Cup so far; the Softbank collision and the ETNZ capsize.  Without Ainslie, there’s no reliable provider of excitement, on or off the water.  At least there’s Dalts!
While we disagree with Ben and the rest of the Framework Five on the future of the Cup, we’re glad Ainslie – and the pride of the UK – will be back for the next go-round.
In other news, despite the Japanes and Swedish entries being surprisingly close in speed in 12-16 knots of breeze, Artemis skipper Nathan Outerridge finally showed the kind of speed and smarts that won him his Moth World Championships.  They went three in a row, sitting on Match Point over Dean Barker with the closing race (or races) today starting at 1305 Eastern. Win or lose, now that Softbank’s picked up the baddest military robot-building company in the world, we’re just hoping they stay in the sport long enough to make robots that sail.
Wanna find out everything there is to know about the America’s Cup?  It’s all somewhere in here.