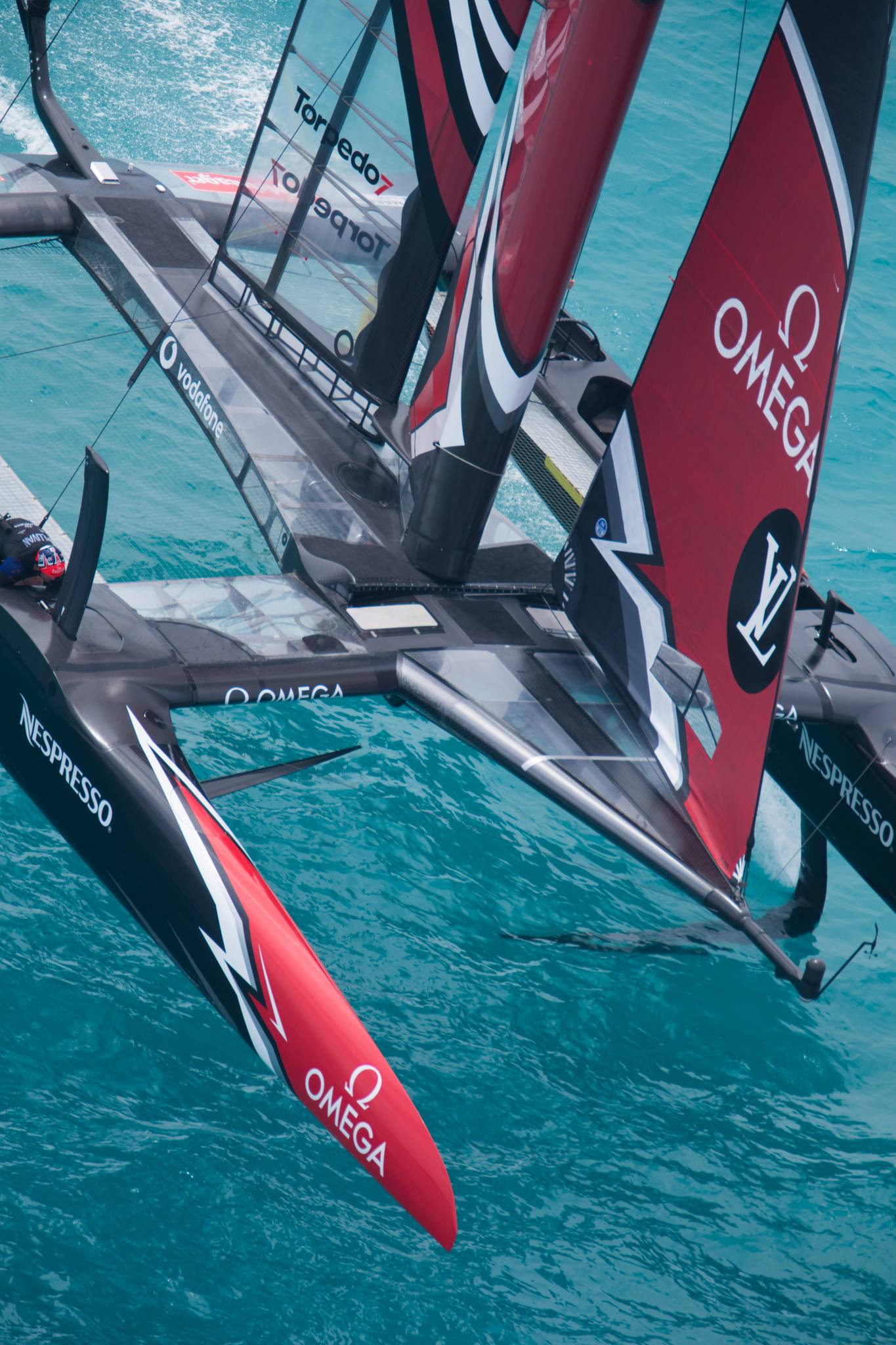 The Kiwis finally lifted their skirts yesterday to absolutely destroy Ben Ainslie Racing in light Bermuda breeze, foiling their way around the course easily while Ainslie wallowed his way to a DNF.  Even Oracle looked weak in their win against Barker compared to ETNZ, and if light air reigns – as it should around half the time in Bermuda in June – we may have just seen the ascent of the next America’s Cup Defender, thanks in part at least to the Verdier-led design team that came up with the slick gull wing foil that allowed them to foil so much easier than the rest of the fleet in the light.
Meanwhile, Ainslie and Groupama Team France continue their race to the bottom; just two days to go with Artemis, Softbank, and Cammas all fighting to avoid elimination.  Our money is on France to go down, but after seeing Ainslie’s morale fall apart on camera and Artemis’ sudden issues, don’t count a meltdown out amongst either of them!
Talk about all of it in the buzzing AC Anarchy Forum, and check your ‘local listings’ for plenty of ways to watch the AC, even if the powers that be haven’t deigned you with any racing footage at all.