the industry ate itself

A great post from the Key West Dead thread. 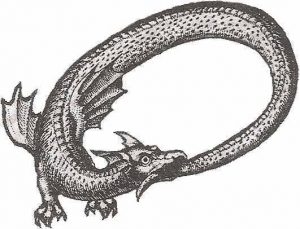 Maybe this will finally be what we need to address the professionalization of the sport of sailing. Both in terms of crew makeup, but also in terms of the social expectations that events like Key West have set up for us over the last decade: That somehow “Grand Prix” is desirable and that “amateur” is a dirty word. That BIG boats are somehow inherently superior to little boats. That racing teams are actually small business enterprises and that their crews are employees who are afforded certain perks. That owners should thank sailors, and not the other way around. That it’s BAD to have mistakes on the water or show up to an event with season old sails. That it’s acceptable…even necessary… to practice for 3 days before a 5 day event. That $50,000 for a J/70 program for a week is the norm.
All of these norms are inherently exclusionary and discouraging to the average sailor, yet they’re indicative of the kind of message that Key West sends.
There will always be a space for professionalized sailing in the arenas like the TP52 or Maxi72 classes. They are, by their nature, professional boats. But when the lifeblood of the sport is the middle manager who races his C&C 35mkiii with his friends on Tuesday nights – why on earth is it acceptable to spend 5 days hyping the TP52s while leaving the smaller boat circles in obscurity?
The people sailing the ORC and Navigator Race classes this year kept the dream alive. The dream that if you have a good year in business or save up for a few years that you can take your Henderson 30, C&C 121, or J/105 down south and play in the sun with your friends. They represented the last people in the country to resist the idea that they should feel unwelcome or inferior for not owning a 250,000 30 foot sportboat with 4 professionals onboard.
And I think that’s the gist of it. It wasn’t the money. At the end of the day, Key West is dead because at the very core it became unwelcoming. It was a regatta that said to the S2 9.1 owner or the Tripp 26 owner “Sure, you had One Design starts here well into the 2000s and you could come here. But why? You’re not grand prix. T2Ptv won’t bother putting you in their videos.
Our news articles will put your achievements below the fold. Your sails are old and ratty, don’t you want some new QUANTUM sails? You’ll probably get yelled at by some uppity sailmaker in another fleet for getting in his way on the course. And at the end of the day, you’re not in the running for any serious perpetual trophies. You’ll be lucky to even make it to the awards ceremony because you’ll be on Stock Island racing to put your boat on the trailer and be out the door Friday night so you can be back at your job Monday Morning!!!”
And as if to underscore my point, look at the history of Boat of the Week winners.
2017 – Quantum Racing TP52 Doug Devos (USA)
2016 Bella Mente J/V 72 Hap Fauth (USA)
2015 Calvi Network J/70 Carlo Alberini (ITA)
2014 Helly Hansen J/70 Tim Healy (USA)
2013 Full Throttle Melges 24 Brian Porter (USA)
2012 Samba Pa Ti Melges 32 John Kilroy, Jr. (USA)
2011 Blu Moon Melges 24 Franco Rossini (ITA)
2010 Samba Pa Ti Melges 32 John Kilroy, Jr. (USA)
2009 Star Melges 32 Jeff Ecklund (USA)
2008 Barking Mad Farr 40 James Richardson (USA)
2007 Giacomel Audi Racing Melges 24 Riccardo Simoneschi (ITA)
2006 Bellicosa Swan 45 Massimo Ferragamo (USA)
2005 Pegasus 525 Melges 24 Team Pegasus (USA)
2004 Mean Machine Farr 40 Peter De Ridder (NED)
2003 Zuni Bear J/105 Richard Bergmann (USA)
2002 Atalanti XI Farr 40 George Andreadis (GRE)
2001 Atalanti XI Farr 40 George Andreadis (GRE)
2000 Heartbreaker 1D35 Robert Hughes (USA)
1999 Hi Fling CM60 Irvine Laidlaw (UK)
1998 Abracadabra 1D48 Jim Andrews (USA)
1997 Windquest 1D48 Dick and Doug DeVos (USA)
1996 Bright Star N/M 46 Richard Breeden (USA)
1995 Infinity N/M 49 John Thomson, Jr. (USA)
1994 Thomas I-Punkt Mumm 36 Thomas Friese (GER)
1993 Highland Fling Swan 53 Irvine Laidlaw (UK)
1992 Gaucho Farr 44 Christian Schmiegelow (USA)
1991 Lonia Beneteau 1st41 John Matney & Clyde Stacey (USA)
1990 Babe Ruthless N/M30 Larry Harvey (USA)
1989 Diablesse Beneteau 42 Rod Sellers (USA)
1988 Brigadoon IV Frers 41 Robbie Pierce (USA
The Beneteaus, N/M30s, and Frers 41s that started the whole event get traded in for increasingly more and more grand prix teams. That a full 40% of BOTW winners went to Farr and Melges one designs alone tells you that the true heroes of the regatta in their PHRF boats were always the sideshow. Hell, there are no less than 4 repeat winners on that list. Not to detract from their accomplishments, but I find it hard to believe that John Kilroy Jr. was deserving of 2 BOTWs in 3 years. Maybe that second BOTW could have been symbolically given to <insert J/29 here>.
I maintain that Key West stuck their heads in the sand right up until the end and threw everything they had behind the idea that Grand Prix is superior. If they had wanted to make a bold move to make people think, I mean REALLY made a statement, the organizers would have given BOTW to the winner of the Performance Cruising class. Or the winner of the Flying Tiger 7.5 charter class. Or even the winner of the ORC class. Because at no point in the previous 15 years had they thought “maybe we should thank these guys, maybe we should let them know that they have a chance to stand above their heroes for one night on one stage.”
That Terry Hutchinson or John Kosteki or Bora Gulari might stand in the crowd and clap for them for a change as they hold the big silverware. That they would be recognized for the fact that they were keeping the sport alive.
I say were, because the party is over and the lights are on and if you look around there’s nobody left.