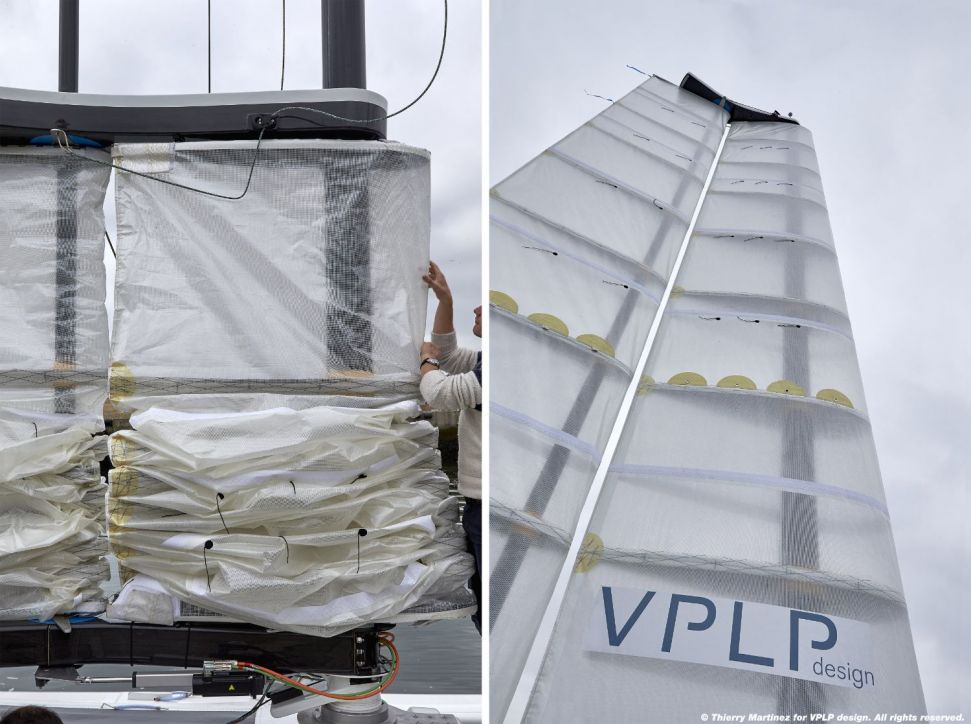 VPLP principal Mark Van Petegham has been super cagey with the development of the wing/sail prototype they French designers think may revolutionize open water cargo shipping but news and PR is now trickling out on what may finally solve the problem with the uber-efficient shapes of semi-rigid wings; reefing. Note from the photo that the solution isn’t nesting flaps or morphing shapes – it appears to be a plain old, 19th century, halyard-and-sail-material solution.

Entirely automated, self-supporting and rotating 360°, Oceanwings® adapts its angle of incidence to the vessel’s point of sail to ensure optimal propulsion. Power is managed by trimming camber and twist. “Not only does it provide exceptional control,” explains Nicolas Sdez, the engineer in charge of the project, “it’s also efficient to the point of halving the surface area required to propel a vessel under conventional sail.” VPLP design is developing several concepts which use this patented technology, such as the Komorebi range, Komorebi 200’ and EMC cargo ships.

We’ll have more on it when we can get the tight-lipped VPLP to open up, but until then, check Marc’s article on LinkedIn. 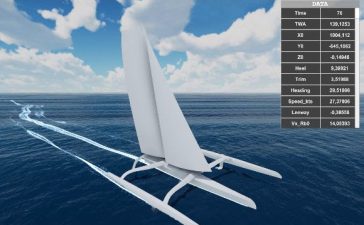