where the action is?

If you don’t know Matt Wake, you should. A truly good guy, good sailor and owns one of the better stores on the East Coast, and is the US dealer for Fareast Yachts He took his Fareast 28 to Charleston Race Week, sailed it in ORC, and here are his observations. 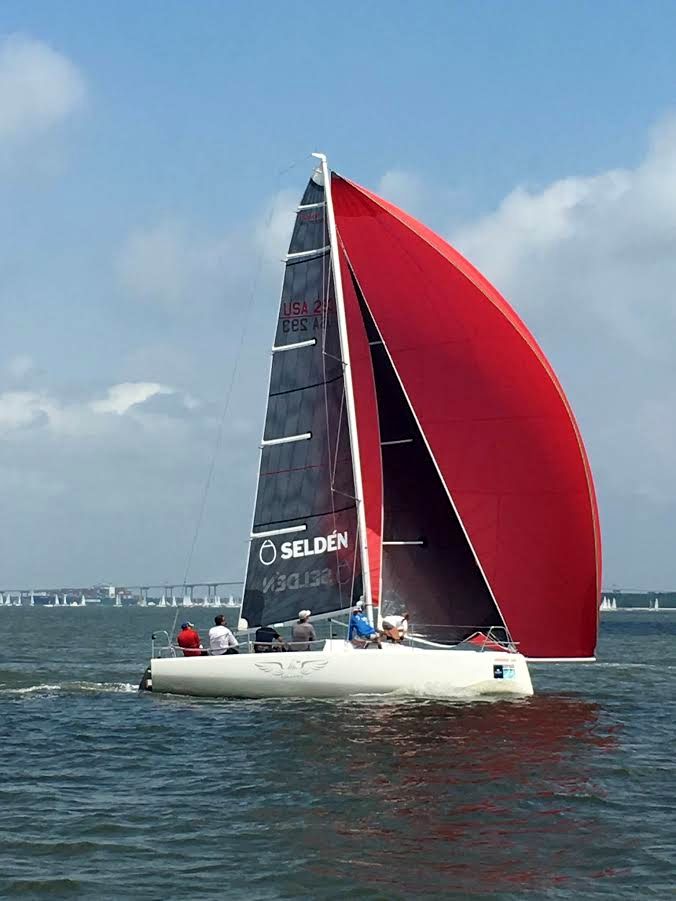 Sailing is seeing lower participation rates, less variety and rising costs. Why? Well, probably a lot of reasons, but a big part of it is the predominant thinking that the only good racing is One Design racing. And it’s true, nothing beats One Design if the boats on offer fit your sailing venue, your ideal boat type and your budget.
The problem is, that’s rarely the case, you almost always have to make sacrifices and usually big ones. It costs a lot to develop and build a One Design class and it’s a risky endeavor, even for big, established brands. They need to be, and deserve to be, paid to take those risks. But it also means the boats cost more, a lot more, and they typically get more expensive as classes become successful and more and more you’re paying for the fleet, not the boat.
Enter ORC. If you’re a regular Joe, with a non-hedge fund job, and you like fast boats, this is your happy place. The ORC C course had 9 very competitive boats on the circle, ranging from brand new GP26’s and Fareast 28R’s to a 20 year old Henderson 30 and a Melges 32. Now consider that a brand new Fareast 28R is 50K, and a GP26 is 65K. A used 32 can be had for 60K and a Henderson 30 for less. In all probability the boats on that course cost less than the SUV’s that towed them to Charleston. All the boats are equally at home around the buoys or offshore, and all were ripping 18 knots all day long. Oh yeah, and nobody felt like they shouldn’t bother showing up without a brand new set of sails. I spell awesome “O.R.C”.
Let’s dig into this a little more. First of all, we’ve established that it’s a pretty good thing to be able to shop for a new boat based on value, not brand, and that you can also get your aspirational boat for a bargain on the used market once the billionaires are done with it. But that’s not all folks, ORC rates you 3 times, once each for low, medium and high wind speeds.
That’s right, so sport boat lovers like myself don’t have to cry ourselves to sleep when we have to line up in breeze with bigger, multiple headsail boats, or the other way around. There’s a rating for that! Last, but certainly not least, it’s a formula, it’s not as subjective as PHRF. Plug in the numbers, get your rating. Wondering what a bigger kite will do, or a smaller jib? Plug in the numbers. Imagine the money you’ll save when you no longer have to buy drinks for your local PHRF rating officer. Imagine the money you’ll save when you no longer have to drink to console yourself after you get your PHRF rating.
OK, on to the racing. This was the first year these boats were moved inside, and it was awesome! We still had plenty of breeze but the commute was a lot shorter and the sailing much more civilized in the relatively flat water of the harbor. With no waterlines over 32 feet and weights of only 2500 to 4000 pounds, flat water feels good and kept the crews smiling. Racing in a mixed fleet also brought some interesting tactical challenges, and opportunities. The Melges 32 and 30 were the fastest boats, so just go to the front and stay between the competition and the mark, right?
Wrong. Sure, they mostly had clear air, but they had to go to the front and extend to win and without the reference of other boats on the same angle. And it was dangerous business setting up next to those guys at the start. Set up below and lose the race to the first shift and you got rolled, set up too close above and get pinched off. But if you could nail it just right, you could pin a faster boat to leeward for a long time, burning away the time they needed to get the win. In everything from crossings, to roundings, to down wind angles, every boat needed to factor in what weapon the other brought to the fight.
Rattle and Rum had a bigger kite than the other GP26’s, you just weren’t going below them on the run, only the 32 had that downwind angle. The Fareast 28R’s have a whole other bow down gear, so it was easy to escape off the line and then hold angle with anyone, you always wanted a little separation from those guys. The GP’s were up and out of the well right quick, blink and they sailed away. 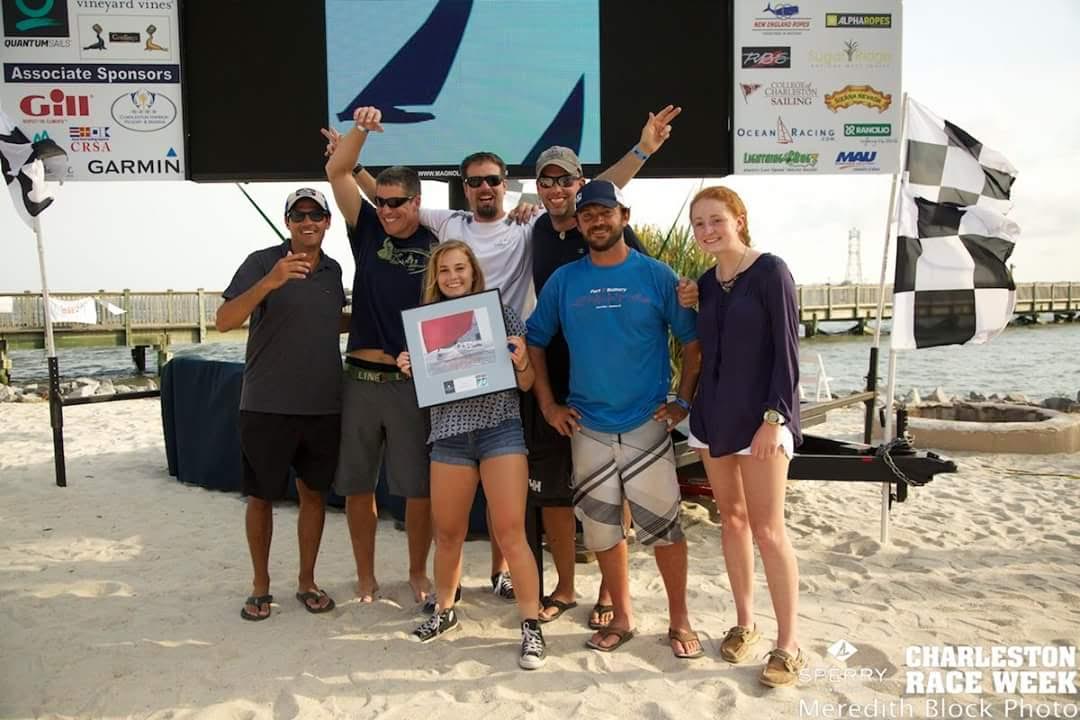 In the end, I think the results speak for themselves. Rattle and Rum ran away with it, but because of solid crew work and consistently good tactical calls. On my Fareast 28R, Eagle’s Eye (2nd place), we had an identical rating and felt we could always hang with them in a straight line, maybe we had an extra gear upwind, they had one down. But our pick up crew of misfit toys just couldn’t turn the corners well enough to beat them. If you run down the results, boat by boat, every boat got what it deserved every race. If you were smart and kept the boat on it’s feet, you were top 3, for sure. If you didn’t you got shot to the back. You don’t see that many first place finishes spread around the fleet if the rating system doesn’t work. That said, the boats were pretty similar and the courses short, so it made for close, exciting, racing.
I think it’s worth mentioning that this circle just had some really great people sailing on it. The Canadians on the Fareast 28R Hard 1 lost 3 races to a blown out head on their main. If not, they almost certainly would have posted some top scores and beat us, and those hosers were fun to drink rum with. Also, Short Bus, the Henderson 30 was a rock solid bunch, tons of fun to sail against and with a very strong last day they came within 1/2 a point of snatching our second. They were the first ones to congratulate us, now that’s class!!
Also,we were sorry to lose Temptress for the last day when a wipe out resulted in an ankle injury and they were forced to retire. Finally, thanks to the crew, Scott “Hot Scott” Williman, Tim “Adorable Tim” Fitzgerald, Anne “Bow Ninja” Sheridan, Tristan “Metric Master or Masts” Story, Juliana “Bad Ass Backstay Babe” Skougland and Jacob “Needs No Introduction” Raymond. (Seriously, is there anyone in Charleston who doesn’t know Jacob?).

kiting rules. you can too.