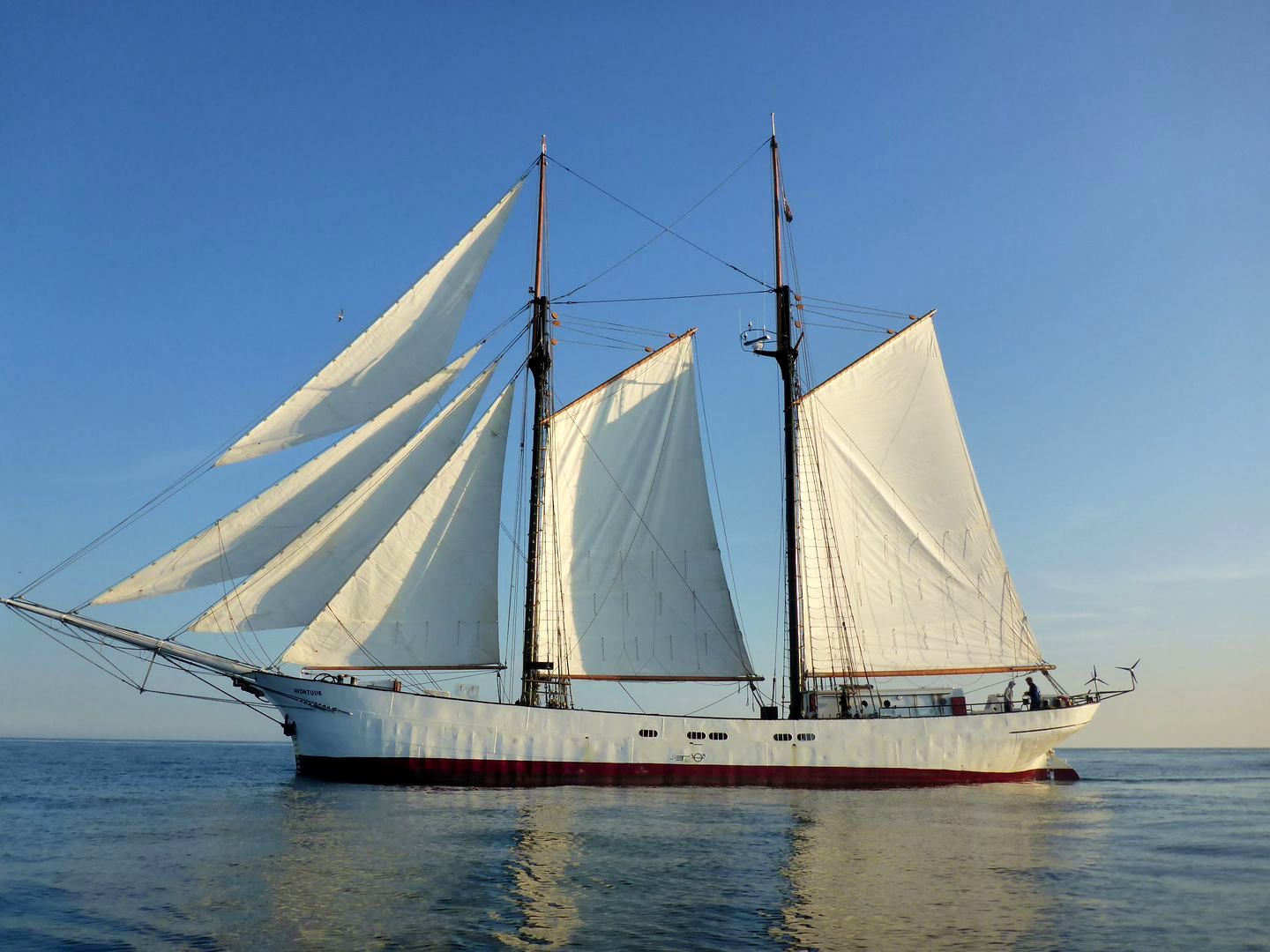 We dig the vibe and the message of this article in Mashable.
Just don’t tell President Twitler, he’ll declare war on sailboats for not burning enough oil.- ed.
The bustling port in northern Honduras has all the trappings of our daily lives. Colorful box containers are stacked like Lego pieces, brimming with inexpensive T-shirts, palm oil, and car parts. White boxes bearing the blue Chiquita logo contain a bounty of bananas. Trucks and forklifts belch fumes and kick up dust as giant freighters fill up with cargo bound for the United States and Mexico.
Sergio Romero isn’t here for any of this.
On a scorching morning in early February, he climbs into a van and slips on an orange mesh vest and blue hard hat. The vehicle winds its way through the port, past towering cranes and containers, until it reaches the place where the concrete lot ends, giving way to the flat blue bay.
That’s where he finds the Avontuur, a vessel built long before cargo ships and steel boxes came to dominate the global economy, and many decades before Romero was born. This ship is unlike any other in Puerto Cortés.
With its two masts and canvas sails, the Avontuur reached Honduras by harnessing the wind, not burning the sludgy bunker fuel that is the mainstay of most cargo ships. A sparse crew of sunbaked sailors guided the 97-year-old schooner from Europe through the Caribbean Sea, collecting and delivering small cargo along the way.
Read on.

a gathering of cats