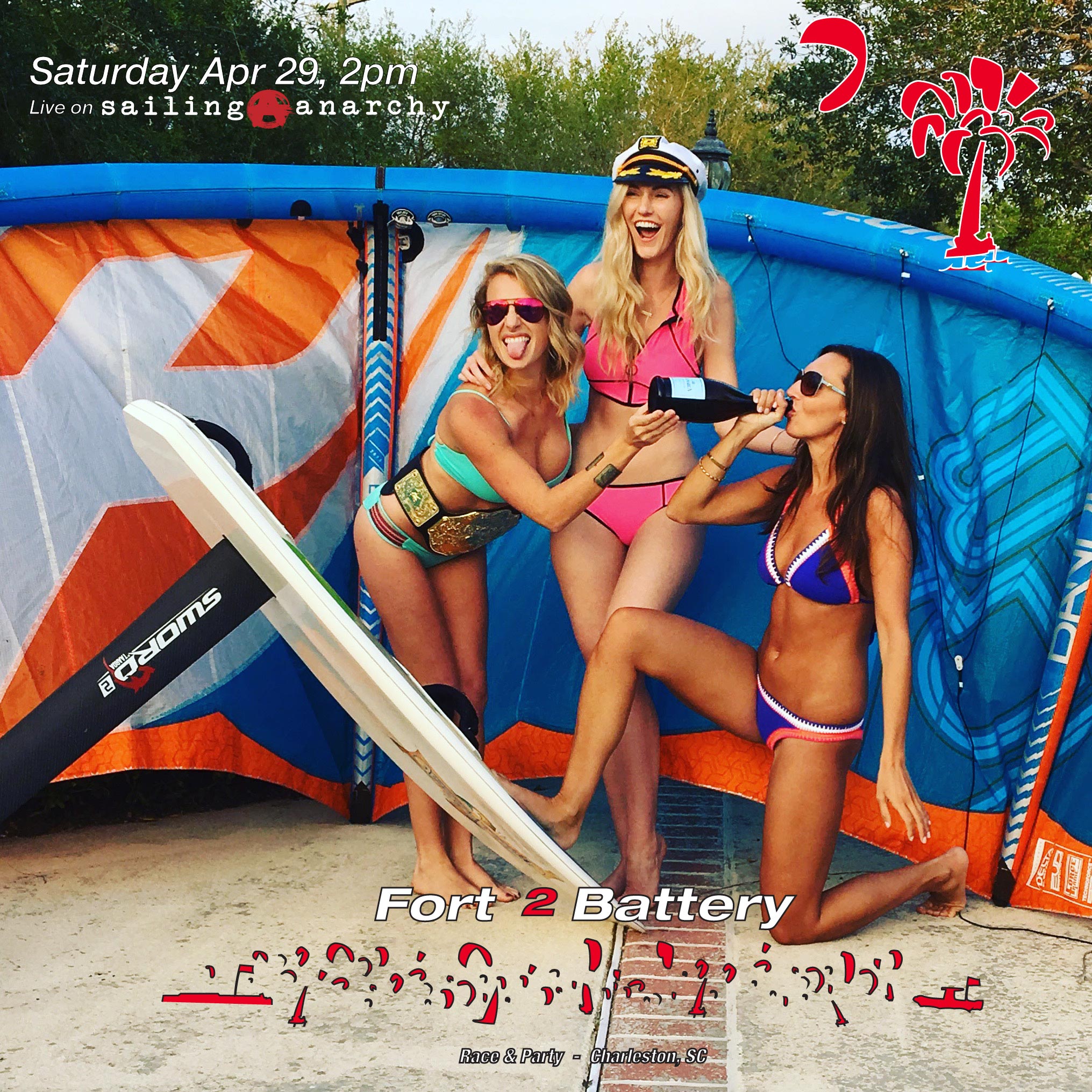 The first edition of Charleston’s Fort 2 Battery looked more like a back-alley drug deal than a sailing race. Last-second registrations, lots of confusion, and competitors being distributed “race packs” in overstuffed brown paper bags late at night in the alley behind a downtown Charleston building…
In just three years since the race became the biggest of its type in the hemisphere; it was the first to use chip timing (which captured a .005 second split between the 2nd and 3rd place finishers in 2016), it was the first to provide prize money for the winner, and it led to the spinoff Foil Mania regatta – the first ever to pit foiling kites vs. moths, course racing from the same starting line.  And of course, it’s the first to offer a genuine Professional Wrestling Championship Belt as the overall prize! James Island Yacht Club has come along and helped class-up the operation, but fortunately not beyond a ‘weekend at the motorcycle track’ vibe.  Their welcoming atmosphere is more  ‘go’n getcha brother a corn dog!’ than anything remotely yachtie.
The best Sailing Club in Charleston has stepped it up once again for 2017. On April 29 the college bowl atmosphere among the spectators will be bigger than ever; the competition ain’t just on the water – it’s at the club, and anyone coming down will be treated to a perfect front-row seat to the mayhem on the Harbor and at the JIYC Barbecue Championship1.  If you think you’ve seen a “Race back to the dock” before, just wait until these foiling craft pick up the scent of that sweet, sweet swine.  Just like 2016, you can watch Mr. Clean’s pre-race beach walk and the whole race LIVE on Sailing Anarchy from around 1pm, with the race start targeted for 2:00. 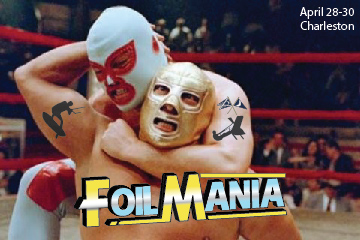 Last year saw slalom racing on Friday which continues again, and the Intercontinental FOIL MANIA Championship Belt will be on the line through the weekend as the Foiling craft slug it out in a more traditional regatta format. Registration is on pace for another record attendance, and this year could even see an E-Scow or two looking for glory in the “floating boat” grouping. We’ve seen the Mighty Hobie 20’s smoke the E’s on a circle track, but it will be interesting should it become a VMG downwind race. Will they show? Or are they allergic to corn dogs?  Find out on April 29 right here on Anarchy.
Gill North America and Charleston’s Holy City Helicopters who have both been on board since day 1 will be on hand to keep Fort 2 Battery racers looking sharp. The new Kite-Foil One Design Class CR:X will even be there which allows racers to fly in with a backpack, charter gear and be part of the big weekend! April sure delivers in Charleston with the biggest regatta- Sperry’s Charleston Race Week just the weekend before.
With Foil Mania, Fort 2 Battery and a BBQ contest, you can bet this version of Charleston’s most exciting race will be “Good enough to slap yo’ mamma!”
Relive last year’s excitement with the Rev’s Penalty Box edit of the 2016 Fort 2 Battery.  Register Here. And if you like our promo poster, there’s more pics of that photo shoot over here.
-Tim Fitz, Founder, F2B

the time is now