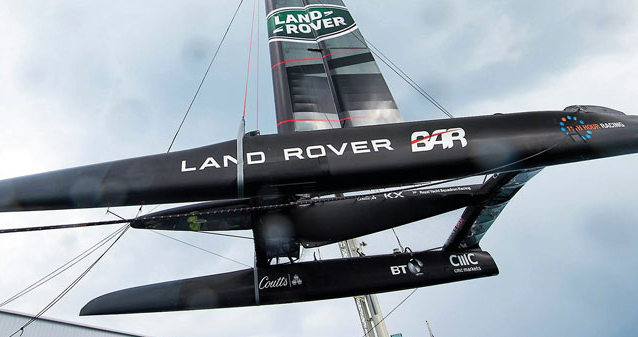 A quiet revolution has taken place in composite boa tbuilding over the last decade which is being reflected in the ever more precise build of the best race boats – from America’s Cup to offshore Maxi
One company leading the revolution is Persico. Over the last decade Persico have become one of the world’s leaders in raceboat production. At present they are nearing completion of the new Mark Mills-designed WallyCento, while also this year starting a new 144ft fast cruising yacht, set to be built at their new facility in Massa Carrara, near La Spezia.
Twenty-seven years on from the company’s launch and there are CNC milling machines wherever you look in Persico’s gleaming new facility. However, now those CNC machines have been joined by some of the most sophisticated and up-to-date composite manufacturing equipment that you are likely to find anywhere outside Boeing or Airbus…
Along with a generously sized ISO 8 clean room (inset), Persico now boast their own in-house ultrasound scanning system for non-destructive testing (NDT), a large-scale 3D scanner for both reverse engineering and the dimensional scanning of components, four different fixed ovens, the largest being 45m x 12m, plus a transportable modular oven and a 25m x 8m vacuum table to join the two other existing (large) tables. – Read on.

we are sailor people