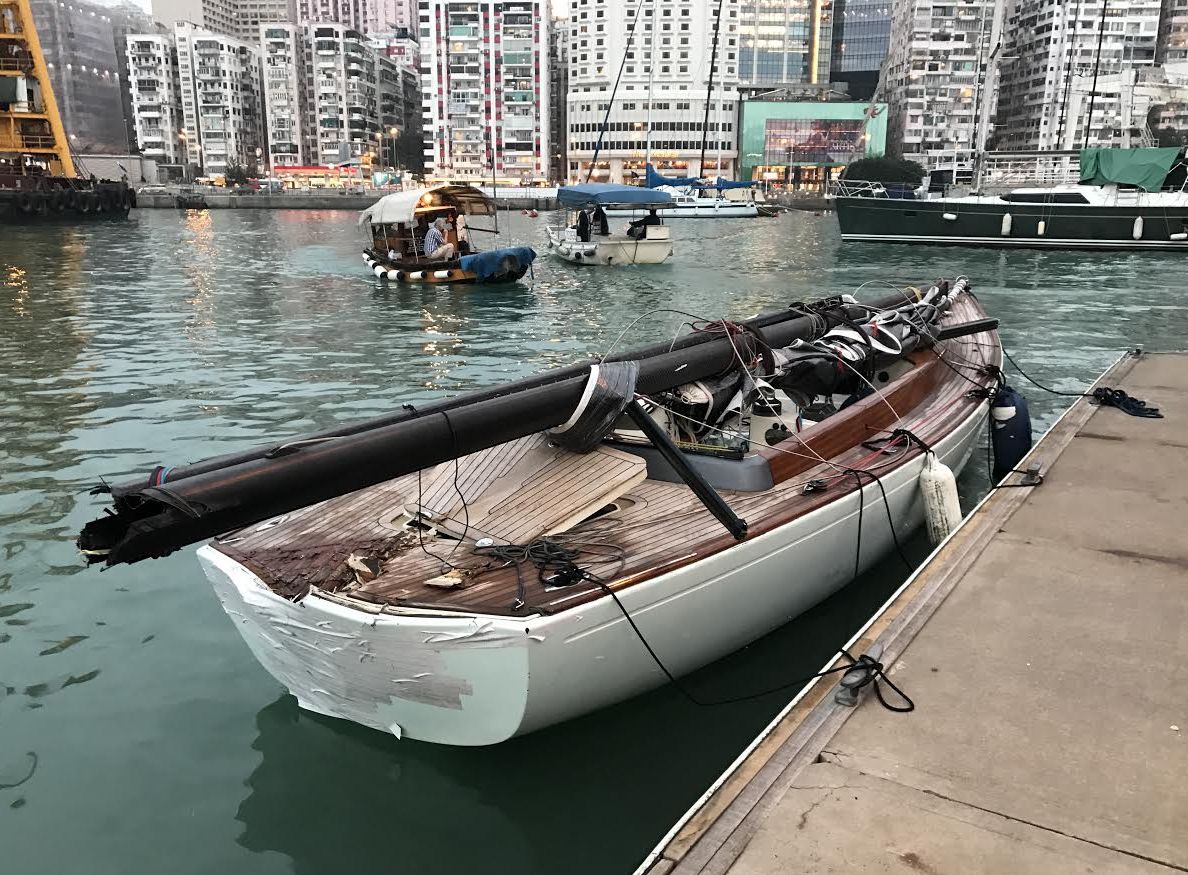 Not a pretty sight. The sailing boat was about to enter the Aberdeen Typhoon Shelter in Hong Kong around 6pm after an afternoon sail when it was still fully light. Sails were down and the boat had slowed to enter the shelter where there is a strictly imposed speed limit.

Coming up behind was a motor vessel, a dive boat I was told at (what the sailing boat skipper felt was) around 20 knots. The speed in itself didn’t break any rules as the speed limit applied once inside the shelter.

Now the ColRegs are quite clear in that Rule 5 states that a good lookout is maintained and in Rule 6 shall proceed at a safe speed including visibility, traffic density and other factors, then of course Rule 13 governing overtaking vessels also comes into play although riding the stern of the boat ahead is a new technique.

Once could say that the stand on vessel should have got out of the way but of course Rule 17 sates she should maintain course and speed. It would appear that one, if not both, these fundamental rules were not adhered to.

Fortunately of those on board, even though all except the skipper, ended up in the water (one underneath the motor boat with those whirling propellers not far away) no one was seriously hurt although, as one would expect, severely shaken up.

Deliberately, I am not drawing any firm conclusions or making any damning statements as any collision in Hong Kong waters is reportable to the Marine Police and subject to investigation.

It was a lucky/unlucky incident that could have had much more serious consequences than resulted from this incident. A smashed transom and afterdeck along with a destroyed carbon rig and whatever else is not apparent in the photographs will not be cheap to fix but significantly better (and less painful) than the potential result if someone had got in the way of the mast as it came crashing down, or had any part of them in between the two boats as they came together.

All up to the surveyors and loss adjusters now I suppose.

i had a hurricane