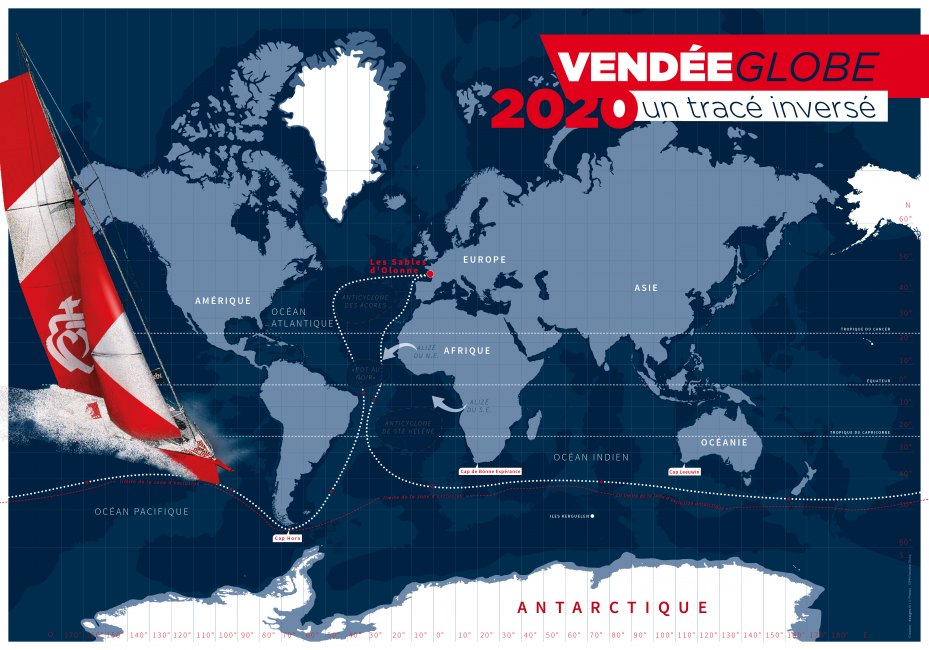 We’ve reported extensively on the troubles IMOCA has had reaching beyond the hotbed of solo interest that is France and frequently called for a shakeup in the conservative French scene, but until today, they’ve resisted any real change to their signature race, the Vendee Globe.  This morning, Voiles et Voiliers broke the news that Vendee boss Jacques Caraes has pushed for and received the agreement of IMOCA to reverse the course of the race for the 2024 edition.

“Basically the race has lost its edge; the boats are too easy to sail and too quick to get caught by the worst storms,” Caraes told us by e-mail, explaining that the kind of life-threatening adventures that turned the Vendee into the biggest sporting event in France no longer exist. “If we are to get the world on board, we must have real adventure again!,” he said.  The type of boat is still under discussion, but Caraes says they will aim for a target of around 130 days for the winning skipper.  “There’s only one race that the world will ever care about, and since we will never change the frequency of the race [once every four years -ed] both the organization and the fans need far more time than the 70-130 days in which the current fleet finishes. ”  Caraes says the back-enders will take closer to a year, providing “maximum return for the international sponsors we are seeking to attract.”

maniacal laughter Sure watching this AC 45 almost bite it is cool, but the guys laughing like kooks is even better. Thanks to Booboo

the price is right