leak at the 11th hour 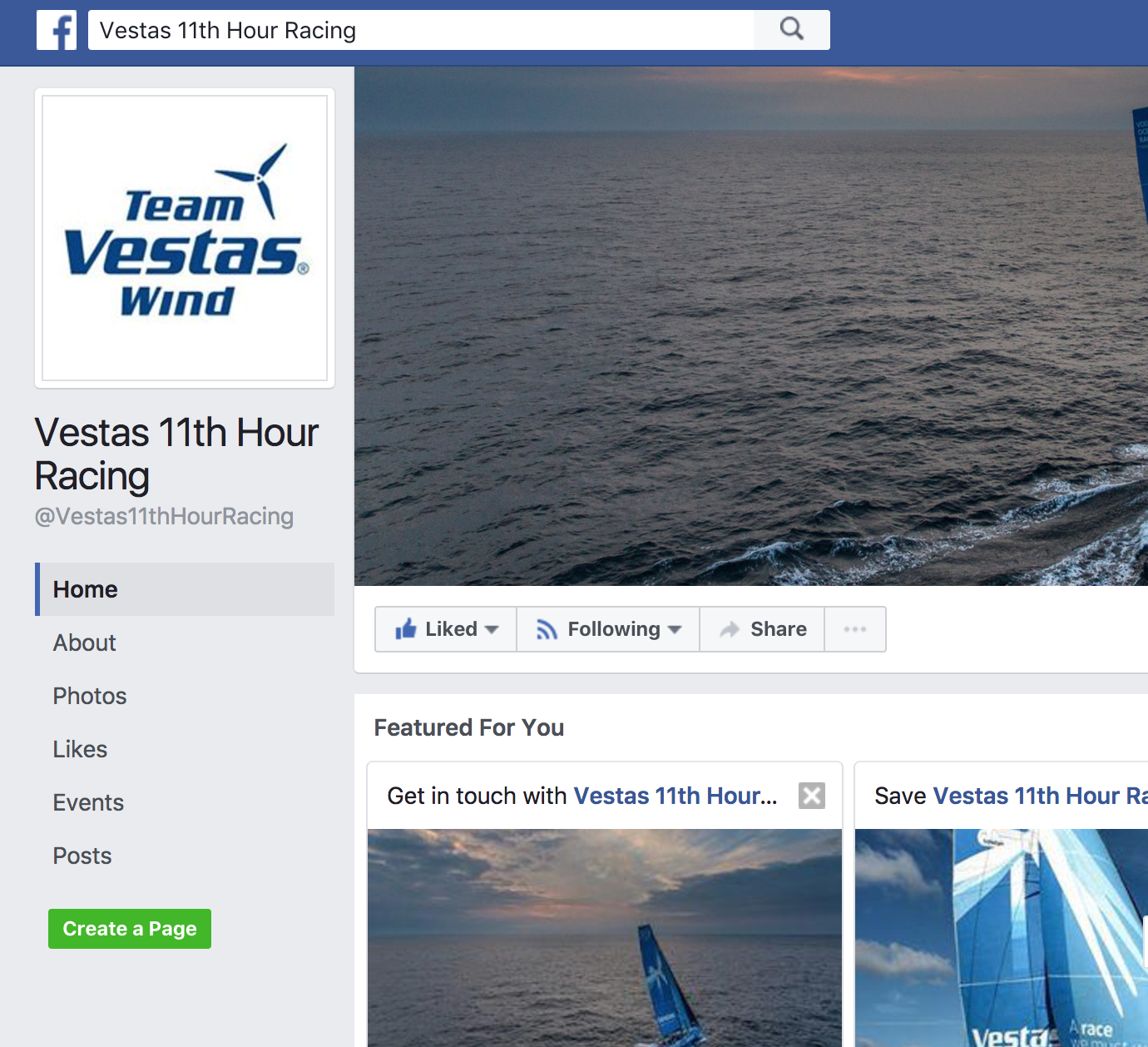 Clean Report
UPDATE: WATCH THE ANNOUNCEMENT LIVE FROM 0930 HERE.
As we mentioned when we broke the exclusive news that a true blue US team was back in the VOR, we were going to leave a little to the imagination about some of the moving parts of the new team.  Both title sponsors were extremely sensitive about their message and branding were presented at the right time, which is tomorrow (Tuesday) at an 0930 press conference at Sail Newport.
With all those months of secrecy amid toothy nondisclosure efforts, it was something of a surprise to see the well-guarded name of the new team – including both organizations behind it – pop up on Facebook the day before the big, live reveal.  As you’ll note from the pic to the left, the joint US/Danish effort will come with backing from the massive Danish turbine builder along with an environmental organization that’s been balls deep in smaller boat sailing for years.
You can certainly understand why Vestas wants to control their message so strongly, seeing as how they were something of a laughing stock in Denmark after their unscheduled date with an Indian Ocean reef and the months of ensuing mayhem. You can also understand 11th Hour Racing’s cautiousness; we all know that bad shit can happen when the scent of billionaire hits the water in this sport, even if the water is that much cleaner thanks to the Schmidt Family Foundation and fortune.
You can also understand the color scheme we previewed for you with that spy shot of Bicey last week; blue for Vestas, and blue/orange stripes for 11th Hour Racing.  Check back here in the morning for the live stream of the newest eco-team in the sport, and let’s find out which Dane(s) will join Charlie and Mark in the upcoming race.
And if you’re in the social media business, give the team a shout; they may be looking for someone new after today’s unintentional leak!

Gone, But Not Forgotten

the god of water