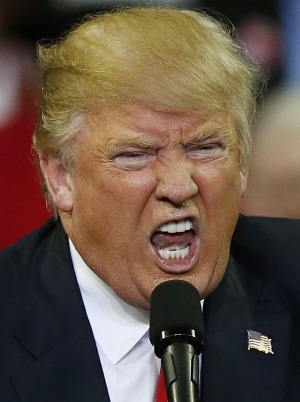 We wonder how long you people are going to continue to support this so-called president. It’s not enough that he is a bat shit crazy paranoid, it is that he is going to do his best to deny science and fuck up the air, water and services that many of you depend on.  Shame.
NOAA Slash
The Trump administration is seeking to slash the budget of one of the government’s premier climate science agencies by 17 percent, delivering steep cuts to research funding and satellite programs, according to a four-page budget memo obtained by The Washington Post.
The proposed cuts to the National Oceanic and Atmospheric Administration (NOAA) would also eliminate funding for a variety of smaller programs, including external research, coastal management, estuary reserves and “coastal resilience,” which seeks to bolster the ability of coastal areas to withstand major storms and rising seas.
NOAA is part of the Commerce Department, which would be hit by an overall 18 percent budget reduction from its current funding level. Read on.
Coast Guard Slash
The Trump administration’s draft budget for 2018 includes a $54 billion increase in defense spending, which has been warmly received in Congress as a much-needed boost for the Department of Defense. However, members of the House Armed Services Committee are pushing back against one element of the budget that they describe as a setback: a 10 percent cut in funding for the U.S. Coast Guard, which operates under the Department of Homeland Security. Read on.