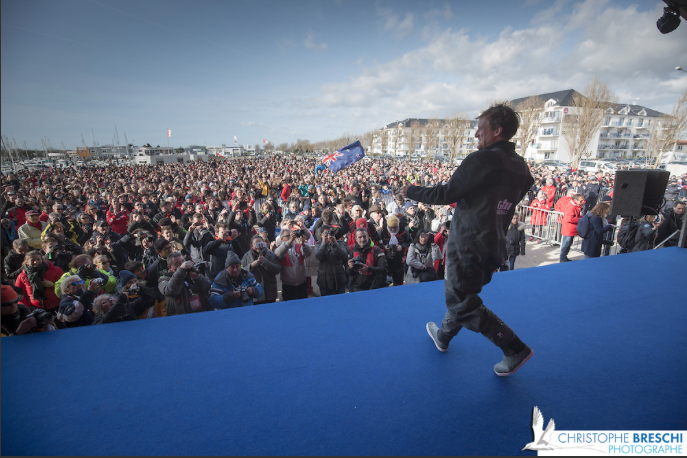 We’re not sure what it is about Conrad “The Crazy Kiwi/Friwi” Colman, but every race he enters becomes an Odyssian epic.  His Global Ocean Race, Barcelona World Race, and now Vendee Globe have been long, grinding, obstacle-strewn voyages, and through conquering them, he’s proved to be one of the toughest sonofabitches in all of ocean racing.  Conrad arrived in Les Sables D’Olonne yesterday after a two-week slog under jury rig to finish his first Vendee Globe, the first by a kiwi skipper, and the first-ever round-the-world finish without using a single drop of diesel or gasoline, and if we could get the busy man on the phone, we might be able to bring you a full debrief.  Until then, we’ll give you the full finish report from his media team.  Photo thanks to BRESCHI/Foresight Natural Energy with a full finish gallery over here.