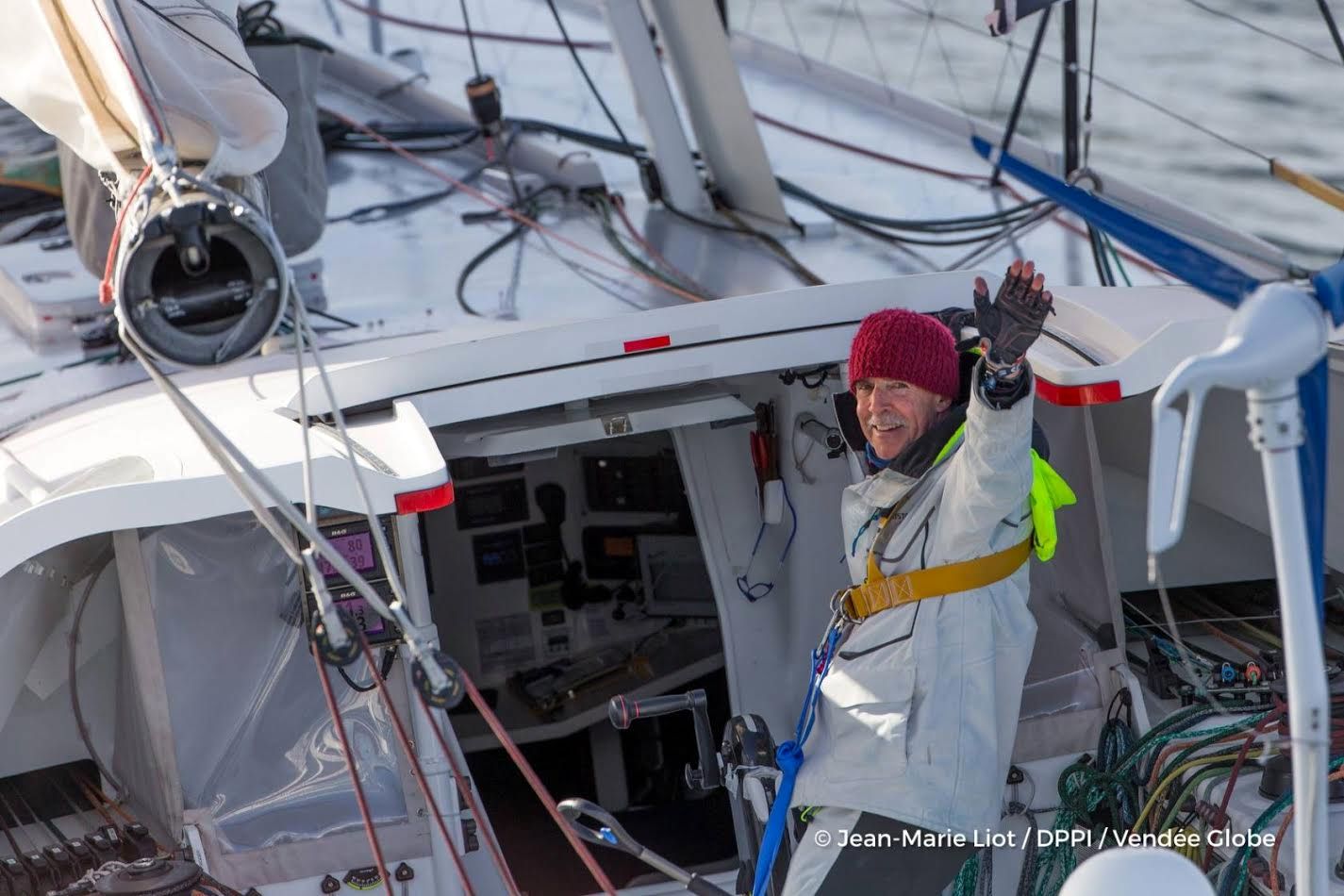 There is big news for American sailing today. Big news. Except that it will likely go unnoticed in the US. Sadly. Not in the rest of the world where they will learn that American Richie Wilson just completed his second Vendée Globe becoming the only American to finish the race twice and only one of few who have ever completed two Vendée Globe’s. This is an enormous accomplishment, even more so knowing that Richie is not only in his sixties, 66 to be exact, but he also suffers from asthma.

When many/most of us are prepared to park off on the couch and binge watch House of Cards, it’s good to know that there are others who set lofty goals and go out and accomplish them. In a race that always sees a lot of attrition you have to know that it takes extraordinary seamanship (plus, yes, a little luck) to loop the planet twice, all alone, without outside assistance and without stopping.
Richie comes across as a mild, understated person. He is very humble, almost to the point where you want to wring his neck. He talks about his sailing accomplishments (and there are many others beside the Vendée) as if they are just another day at the office. These are no ordinary days at the office. The Vendée has to be one of the most challenging sporting events ever conceived and finishing is a big deal. Especially in France where sailing is a religion.
Add to that Richie had tens of thousands of school children from around the world following him and learning through his education plan which was run through his website Sites Alive. As a former school teacher in the Boston school system Richie’s passion is all about educating students. His education program has been followed in 79 countries. Over one million people engaged on a regular basis of which at least 70 per cent were students. Over 968,000 people received weekly content. It’s an amazing program that went almost unnoticed in the United States. I am willing to bet that Ms. de Vos neither heard of the program nor would see it as a useful tool to educate and inspire students.
Yet inspire he has. I am inspired. I used to think that I had done some sailing that counted, but what I have done barely qualifies me to carry Richie’s bags. So welcome home Mate – I can call him that because he is my neighbor – you may have taken 107 days, 00 weeks 48 hours and 18 seconds to get back to where you started but you made it and finished a hugely respectful 13th out of 29 starters. Respect. – Brian Hancock.