Remember our humorous story about the rich rooskie and his corpulent “A Yacht”? The A may very well stand for A-hole as approx $16 million is still owed to the builder. Not paying his bills sounds familiar, doesn’t it? Or maybe it’s just a small accounting mistake… 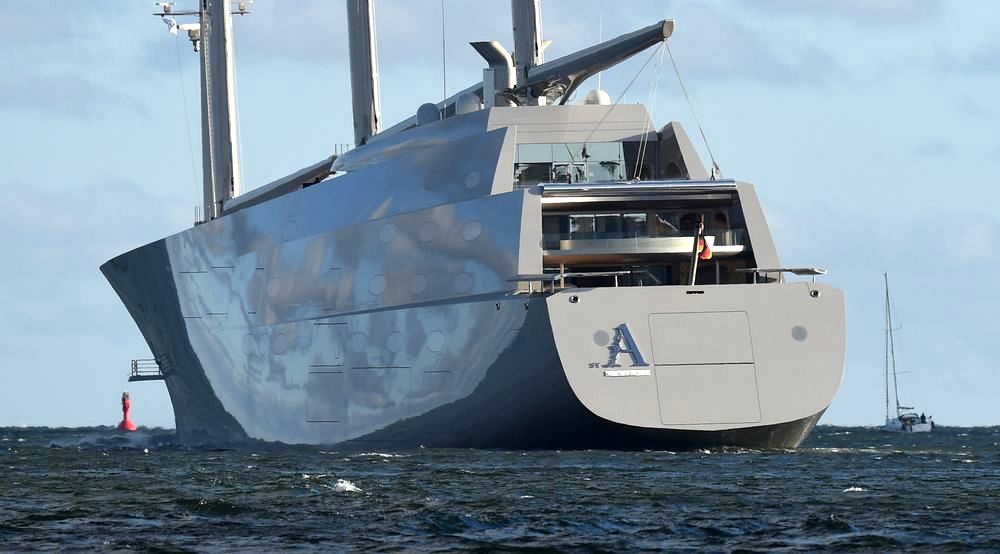 One of the world’s largest yachts has been arrested in Gibraltar over a$16.2m admiralty claim filed by the German shipyard that built it. The sleek, futuristic Sailing Yacht A attracted wide media attention when it sailed into port on Wednesday morning for what should have been a short refuelling stop.
But just hours after its arrival, lawyers for superyacht builder Nobiskrug filed a claim in the Supreme Court against the vessel’s “owners/charterers/operators” for breach of contract. According to court documents, Nobiskrug says the final $10.4m payment of a shipbuilding contract between the yard and Valla Yachts Limited, the vessel’s Bermuda-based registered owner, was due on January 27 but has not been paid. Read on. Photo thanks to Bloomberg/ Carsten Rehder/picture-alliance/dpa/AP Photo.
Read on.