how to ruin racing, part two 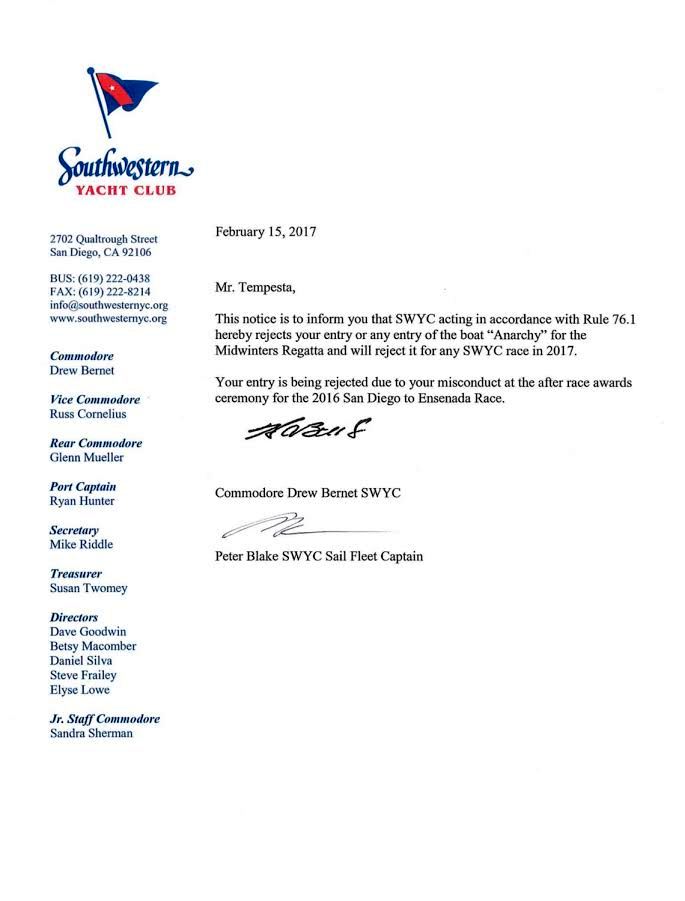 There are many things to be said about this besides the total absurdity of it. This is nothing more than a chickenshit attempt at retaliation for my critique of SWYC. It is all quite amusing. The so-called misconduct is an irrelevant, ginned up accusation from last year (and one that they actually started) and is the basis for this exclusion.
Isn’t it interesting that if this “misconduct” was such a big deal, why is this the first I’ve heard of it?
This is little more than a personal beef  from one of their members towards me, who shall remain unnamed, but she knows who she is.  How incredibly petty and unbefitting of a yacht club to stoop this low. Isn’t participation meant to be encouraged rather than discouraged? But then again, as part of my original comments about SWYC, what would they know about participation?
They can reject my entry (which I actually find retardedly funny), but have they followed the rules? Chime in.

bust out the chainsaw