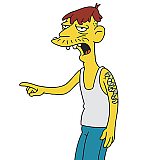 Adding to the list of financial issues in the rags to riches article, it seems the Professional Windsurfers Association has an issue (see below). Here at  SA, yesterday we were cut out of the Newport to Ensenada race advertising budget (an event that we worked with for a number of years), as some PR douche deemed that we should be giving them free publicity instead of an advertising agreement. Listening to the spin from wanks like this will make your head explode.  So we quit listening.
And speaking of not listening, Southwestern Yacht Club has done nothing to halt the bleeding of entries from its once desired San Diego to Ensenada race, reaching a nadir of a dismal 37 boat turnout last year (many of which were cruisers that motored during the race) from a high of well over 100, has refused a meeting with us to help them get the race back on track. Because after all, why listen to someone with a hugely popular sailing website, 4 decades of racing, experience running successful regattas, and a keen knowledge of, and interest in, their event? They are beyond hopeless.
And add to all of this, there is a rumor that Sperry – a company that seems to think that the best way to reach the sailing community is to spend millions on the AC – has just fired its president, which it just hired 2 years ago. It would appear there are a lot of yokels in this sport.
Dear Sailors;
Despite every effort on the part of the PWA, we have been informed by the organisers of the Marseille event that they have a lost a significant sponsor at the last minute, meaning that they can no longer proceed with the event. The sponsor in question had preciously committed to the event, and every assurance had been given to us by the event organiser, so their loss was impossible to predict from our side. As a result, and with less than 2 months until the event was expected to start and no available solutions to the problem, we have been left with no choice but to cancel the event and remove it from the 2017 calendar.
We apologise for any disappointment or inconvenience this has caused but it was due to circumstances that were entirely outside of the direct control of the PWA.
Kind regards
Professional Windsurfers Association