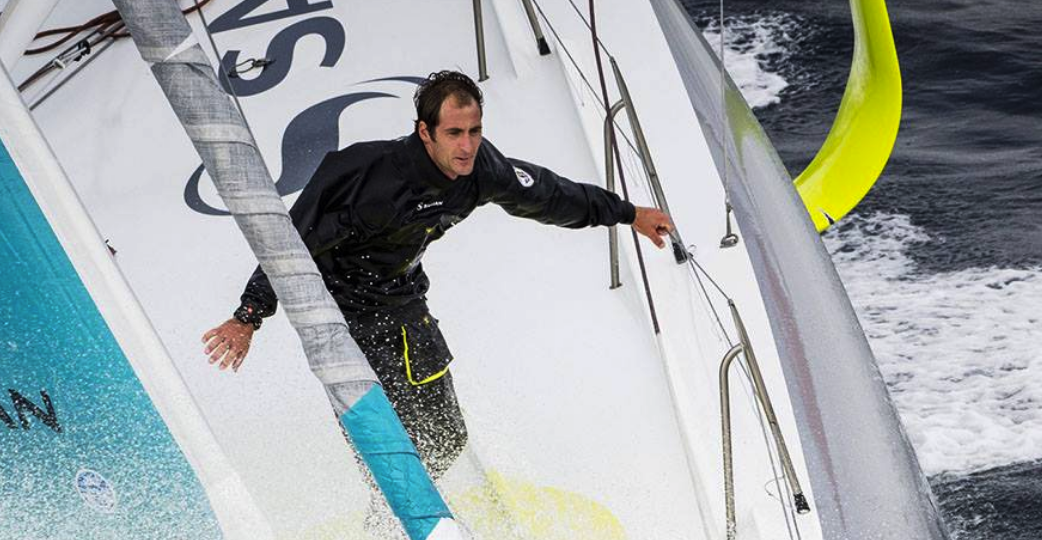 With their all-titanium keel (which fell off), the best-looking paint jobs on the water, and lots of other interesting tech during their Open 60 campaigns, French satellite, submarine, and wargame maufacturer Safran may have spiced up the IMOCA world for the past decade, but failures have apparently stacked up too quickly for the millions they’ve spent on boats that can’t blow anything up.  Course Au Large reports (via Google Trans) that “After twelve years of involvement on the IMOCA Ocean Masters circuit, three Vendée Globe and numerous podiums, the construction of two boats alongside Marc Guillemot and then Morgan Lagravière, Safran decided to withdraw from the nautical sponsorship in June 2017.”
We’re not sure what happens now to Guillemot and LaGraviere, but as you’re about to learn, while new drives may be hard to find, there should be plenty of work ahead for anyone who knows how to prep a RTW raceboat.  Photo from Safran media.
All In 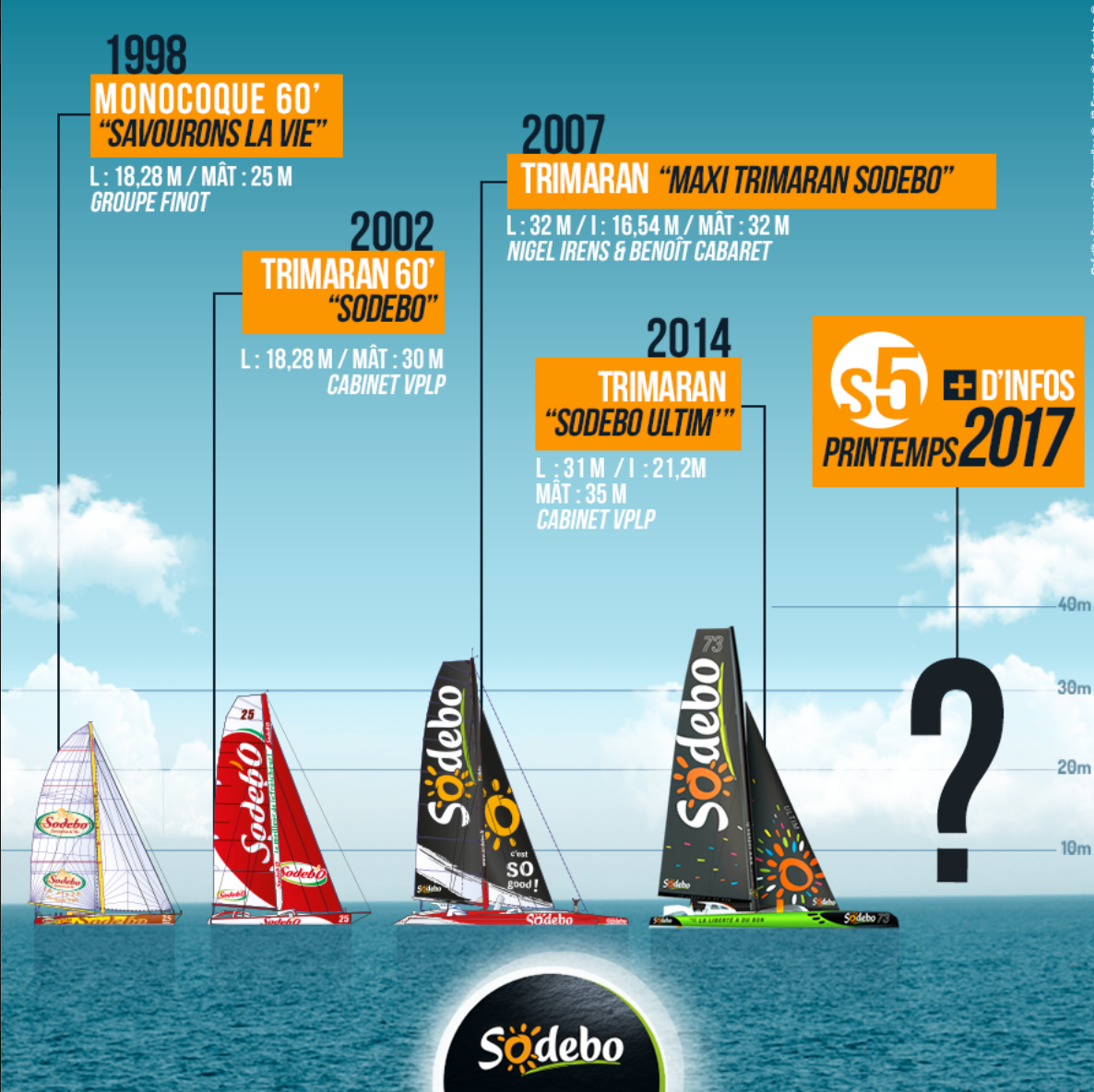 Don’t take Safran’s departure as a sign that the French market is falling apart – au contraire!  How about Thomas Coville, fresh off his beastly crushing of the solo RTW record and he’s aleady about to embark on the most ambitious design/build/race projects of his life.  In an interview with Le Telegramme, Coville says on his new 32-meter trimaran that “we decided to consult Vincent Lauriot-Prévost on part of the boat but we will also involve other architects. We started on the idea of ​​a design team rather than buying bundles of plans from a single architect. There will be people like Martin Fisher (currently at Groupama Team France) and Renaud Banuls. It will be a team that will design the boat. So, it will necessarily be different from a boat bought in an architectural firm. I find it very interesting to work like this today. For now, we have not decided where it will be built.”
Coville is selling the record-breaking Sodebo for a cool 5 million euro, while he says the new one will cost twice that.  Read the full interview here. Infographic from Sodebo Facebook.