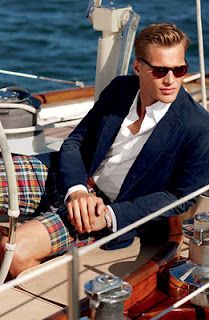 The Group 1 and 3 designation for amateur and pro sailors has been with us for a couple of decades. It is by no means a perfect system, but it serves a purpose. I played a role in getting this list created. When the system was first introduced, it also included the nether-world of group 2 sailors who were neither fish or fowl, it was based on the honor system of self declaring.

Of course, there was not enough honor among thieves, and cheating was rampant. This was evident at various regattas where one week a sailor would be deemed a Group 2 by that event, and the next week a Group 3, then back to a 2 the following week. There was no way to insure consistency, and favoritism happened frequently.

At the time, I was President of the US Professional Sailing Association. I was sailing mostly in Southern California where PHRF had created the Marine Industry Racer rule so as to keep sail lofts from loading up a boat with staff for a weekend regatta. Dave Ullman was particularly vocal in support of this rule, far more so than any other sailmaker. Dave even wrote an article for Sailing World titled something like “Get The Pro’s Out Of Sailing”.
I was sailing with Dave a fair amount then, and we’d talk about this issue from time to time. Eventually I wrote an article for Sailing World about the need to create a uniform list of Group 2 and 3 sailors. It was not well received initially, but eventually Dave Irish warmed to the idea, and as he termed out as President of US Sailing, he created the job of Eligibility Chairman for himself and got the list up and running. Eventually ISAF took over control on a global basis.
There is no question that a big part of the decline in participation in racing, perhaps especially the last five years or so, is because of the cost of hiring people to sail. It’s great to say you competed against the best, but if you are a weekend warrior on a budget how much fun is it really to never have clean air and be sailing in the cheap seats for a week? Clearly, regatta participation is decreasing because of the escalating cost of pro sailors. Ullman was, unfortunately, a visionary and has been proven correct.
If a class decides they want to allow unrestricted talent, then everyone knows what they are getting into. These classes seem come and go only to replaced by yet the next shiny object, at least here in the US.
But if a class or regatta does have restrictions how do you really penalize the guy who gets paid to sail but yet registers with ISAF Sailor as a Group 1, especially when they are being paid under the table?  And what of the owner who knowingly pays people yet registers them as a Group 1? We all know they exist, but proving the case is very difficult.   Even if there are no restrictions on Group 3 sailors, it would be nice to know if you are competing against a boatload of paid sailors.
The ISAF Sailor Group system is easy to use. It’s not exactly up to date on some classes or events where paid sailors compete, but that would be a simple thing for World Sailing to fix if the staff was paying attention.  To be clear, I have no problem with people paying or being paid to sail, it’s the lying about it that’s the issue.
What can or should be done about people who lie about being paid to race when they register with ISAF Sailor, and the owners who falsely register sailors they pay as Group 1 sailors? What are the flaws in the system? Would there be a better system and if so what would it be? Discuss here.   Peter Huston.

the boot gets the boot