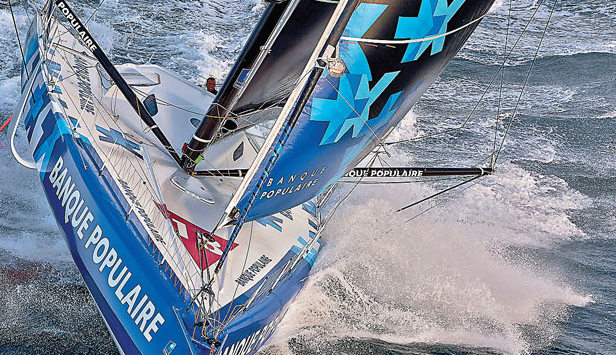 Italian fibre and rope specialist Gottifredi Maffioli is finding a fast-growing market for furling and aft rigging cables constructed with SK99 Dyneema
Much has been written about hightech rope as well as the benefits of carbon standing rigging in its various incarnations. But what about that grey area between rods and rope? Maffioli is well known across the yacht racing market for its ropes, but the Italian manufacturer is also now a leading supplier of composite cables, primarily using unidirectional Dyneema of which the highestperforming type is currently SK99.
Like its forebears, SK99 is an Ultra High Molecular Weight Polyethylene (UHMWPE), a family that also includes Spectra, although SK99 is a more recent product. This latest iteration follows the initial development of SK90 by Dyneema’s Dutch manufacturer DSM, working with Maffioli for the fibre’s use in running rigging onboard Alinghi’s successful defending America’s Cup Class yacht in Valencia in 2007.
With PBO and then carbon cables subsequently entering the market, Maffioli had contemplated exiting the cable market. But it was soon evident that Dyneema cables still had their place among their more heavily promoted counterparts. As Gottifredi Maffioli says: ‘We tried to position ourselves in a complementary spot, one where everyone else wasn’t heading.
Read on.

where the elite meet