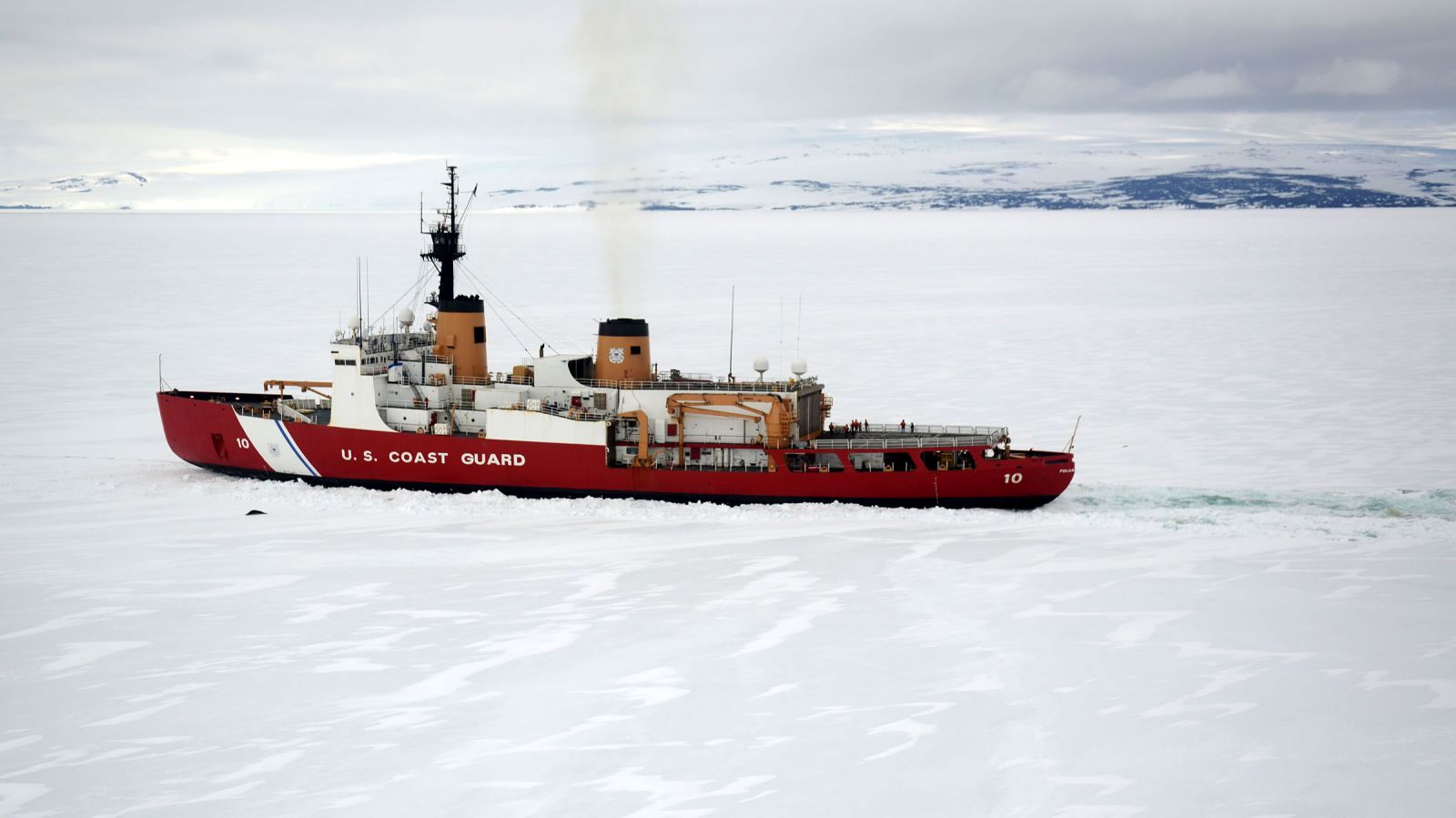 Ya gotta dig this great shot of the Coast Guard Cutter Polar Star cutting a resupply channel through more than 60 miles of ice in the Ross Sea to get to the National Science Foundation’s McMurdo Station Tuesday.
By carving a navigable path through seasonal and multi-year ice, the Polar Star assists in the annual delivery of operating supplies and fuel for two of NSF’s three U.S. research stations in Antarctica.
The Polar Star is America’s only operational heavy icebreaker that is capable of conducting the Antarctic resupply mission. The cutter, which was built more than 40 years ago, has a crew of more than 140 people, is 399 feet long, weighs 13,500 tons and uses 75,000 horsepower to muscle its way through ice thicknesses of up to 21 feet.
More here.

too little too late?