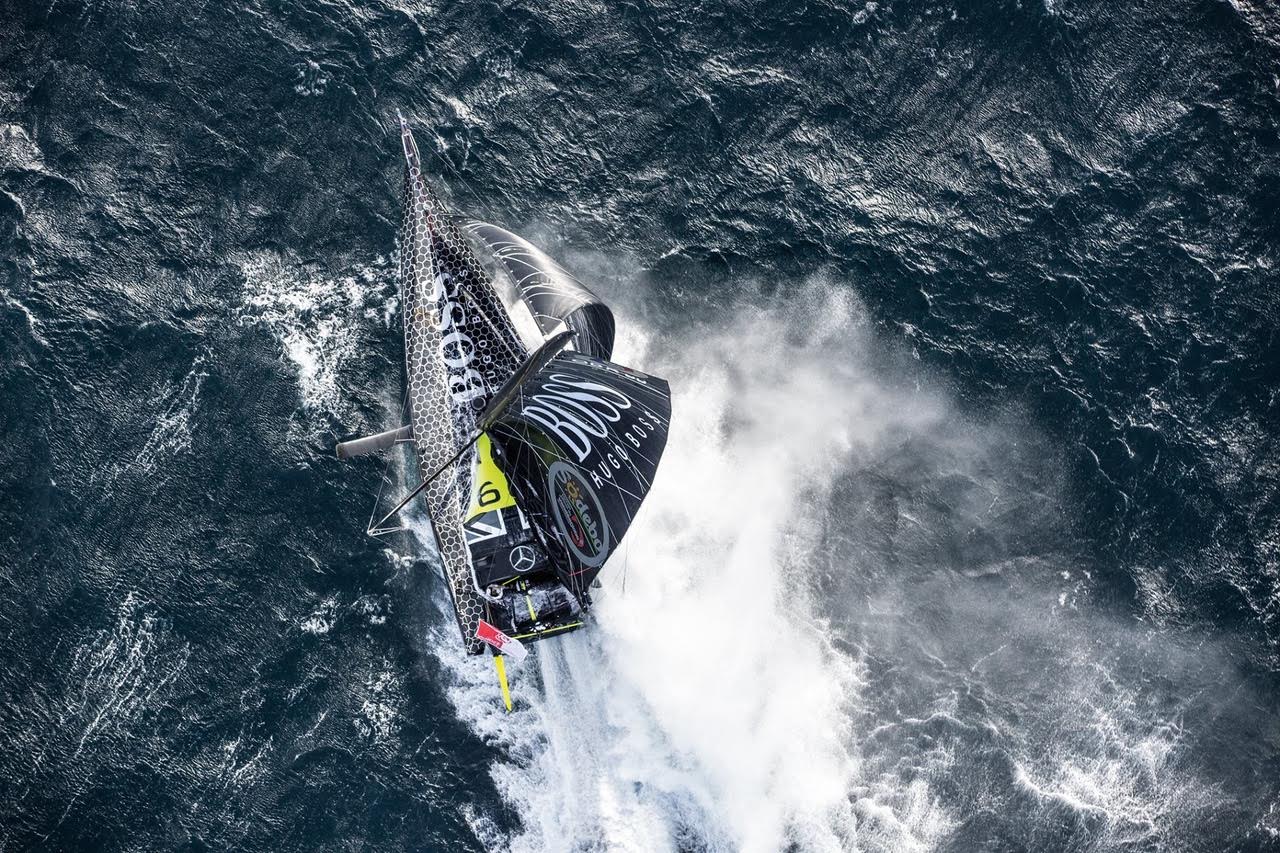 It’s coming down to a nail biting finish of the Vendée Globe as the two boats at the front of the fleet are keeping the pedal to the ground eating up the last 1,000 miles to the finish in Les Sables-d’Olonne. So much so that Alex Thompson on Hugo Boss has set – subject to ratification – a new 24-hour single-handed record for the most distance covered in a 24-hour period.

Overnight Thompson sailed an incredible 536.81 nautical miles. This is the second time that Thompson has broken the record in this race  which stands at 534.48 miles and was set by the French sailor Francois Gabart in the last Vendée. Earlier in the race he covered 535.34 miles but it was not considered a new record. In a quirk in the regulations you have to beat the “old” distance by more than one nautical mile and Thompson fell short by a couple of hundred meters. Having this distance ratified will be sweet icing for Alex and further proof that he is not holding back anything in his pursuit of Armel Le Cléac’h on Banque Populaire. As of writing Le Cléac’h has 812 miles to go to the finish and Alex trails him by just 78 miles.

For the last few days Armel has been employing a basic tenet of sailboat racing; he is staying between his rival and the finish line and with the current weather pattern there seem to be few “passing lanes” for the trailing boat. They both have to deal with the same conditions and while I am rooting for Alex I am in immense awe of Armel Le Cléac’h who has sailed an impeccable race and quite frankly deserves to win. He has been the bridesmaid in the last two Vendee Globes and with a hugely funded effort and most of France cheering for him it would be terrible if he lost out at the last minute. Le Cléac’h finished just 3 hours and 15 minutes astern of Gabart four years ago. You can bet be is hoping to be on the plus side of the ledger this time.
Right now Hugo Boss and Banque Populaire are riding the western edge of a small low pressure and will soon see lighter conditions as they straighten out their track for the finish line. Le Cléac’h admitted in a interview that he was feeling the pressure and one can only imagine what he must have been going through. It’s a razor fine line between pushing hard enough to stay ahead and not so hard that you break your boat. Both sailors have been at sea for over 71 days and must be looking forward to a hot shower and a well deserved cold beer. They are expected to finish in France late Thursday or early Friday morning.
– Brian Hancock. Be sure to check out Brian’s way to help you sail better!