The Environment
It never fails to make our heads explode with anger and frustration that the international powers do not stop this. 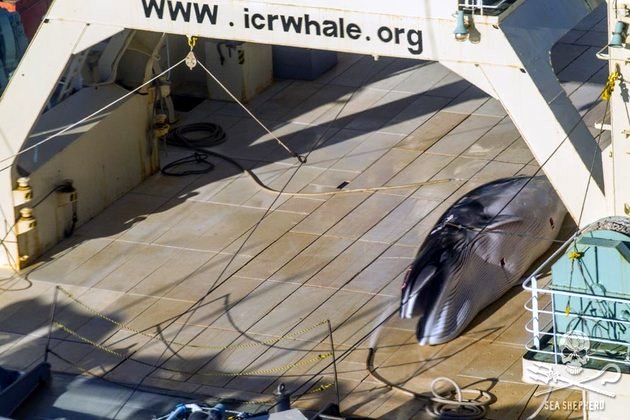 A Japanese whaling vessel has been photographed with what appears to be a dead minke whale onboard, a violation of a 2014 international court ruling that banned hunting of the animals.
The activist group Sea Shepherd published photos Sunday that show the Nisshin Maru whaling ship allegedly hunting in the Australian Whale Sanctuary. A dead cetacean can be seen prominently on the vessel’s deck, and the group said crew quickly “scrambled to hide the slaughtered whale with a tarp” when they were spotted by a helicopter.
“The whale killers from the Nisshin Maru were caught red-handed slaughtering whales in the Australian Whale sanctuary,” Adam Meyerson, the captain of Sea Shepherd’s Ocean Warrior patrol ship, said in a statement. “The Steve Irwin has shut down their illegal operations and caught them trying to hide the evidence.”
Read on.

save the coasties from the dotard