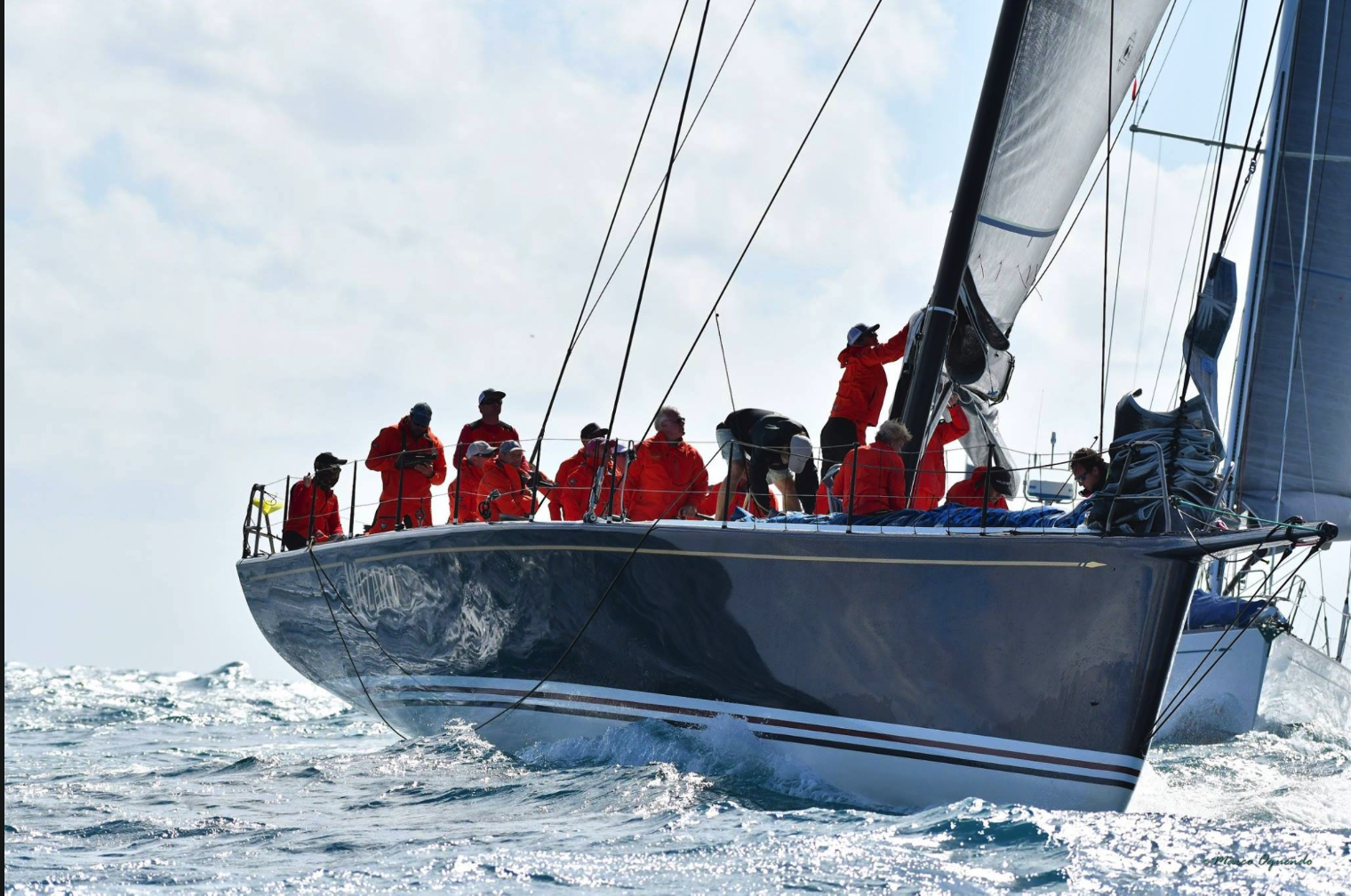 SORC once again delivers on one of the quickest races in the land, this time, a recordbreaker.  From Chris Woolsey (and go here for more great photos from Marco Oquendo and the SORC media team):

Every so often, the weather gods deliver the famous conditions that bring people back to the Ft. Lauderdale to Key West Race year after year after year. For starters, winter storms up north usually have folks looking to points south by the time the new year rolls around. South Florida and the warm waters of the Gulfstream always provide a welcome place to thaw out. Couple that with the South Florida winter cold front cycle of a new blast of NE breeze every few days, which allow high speeds on nice waves down and around the bend of the Florida Keys to the Happy Place known as Key West, and you have a recipe for something more fun than shoveling snow and crossing items off of the honey-do list.
So it goes to figure that those blasting conditions would coincide with the race date roughly every other year, delivering racers to Key West overnight as quickly as (I Dream of) Jeannie can fold her arms, blink and say “Pepe’s!” As is sometimes the case, those conditions were a bit overdue, with the last all-out downwind romp coming in 2007. Those who made it for the 2017 running, hosted as always by Lauderdale Yacht Club and Storm Trysail Club, finally got a treat.
As a result, David and Peter Askew, and their all-star crew (including AC legend Marco Constant, Star world champ Phil Trinter, Artie Means, Ralf Steitz, Chris Larson, and half the Alvimedica VOR team) on the Reichel Pugh 74 Wizard romped across the finish line in record time, and pushed Carrera’s 2005 monohull record run to second-best by a few minutes. Jason Carroll’s warhorse Gunboat 62 “Elvis”, with Anderson Reggio navigating, crossed a few minutes later to take the overall quickest time (thanks to a later multihull class start), but never threatened Stars & Stripes record pace of last century. The happy crew revelled in letting the big cat get out and really stretch her legs in the fresh conditions.
The rest of the fleet is still rolling in and we may yet see some surprises in the results. Hook in, hold on and stand by.