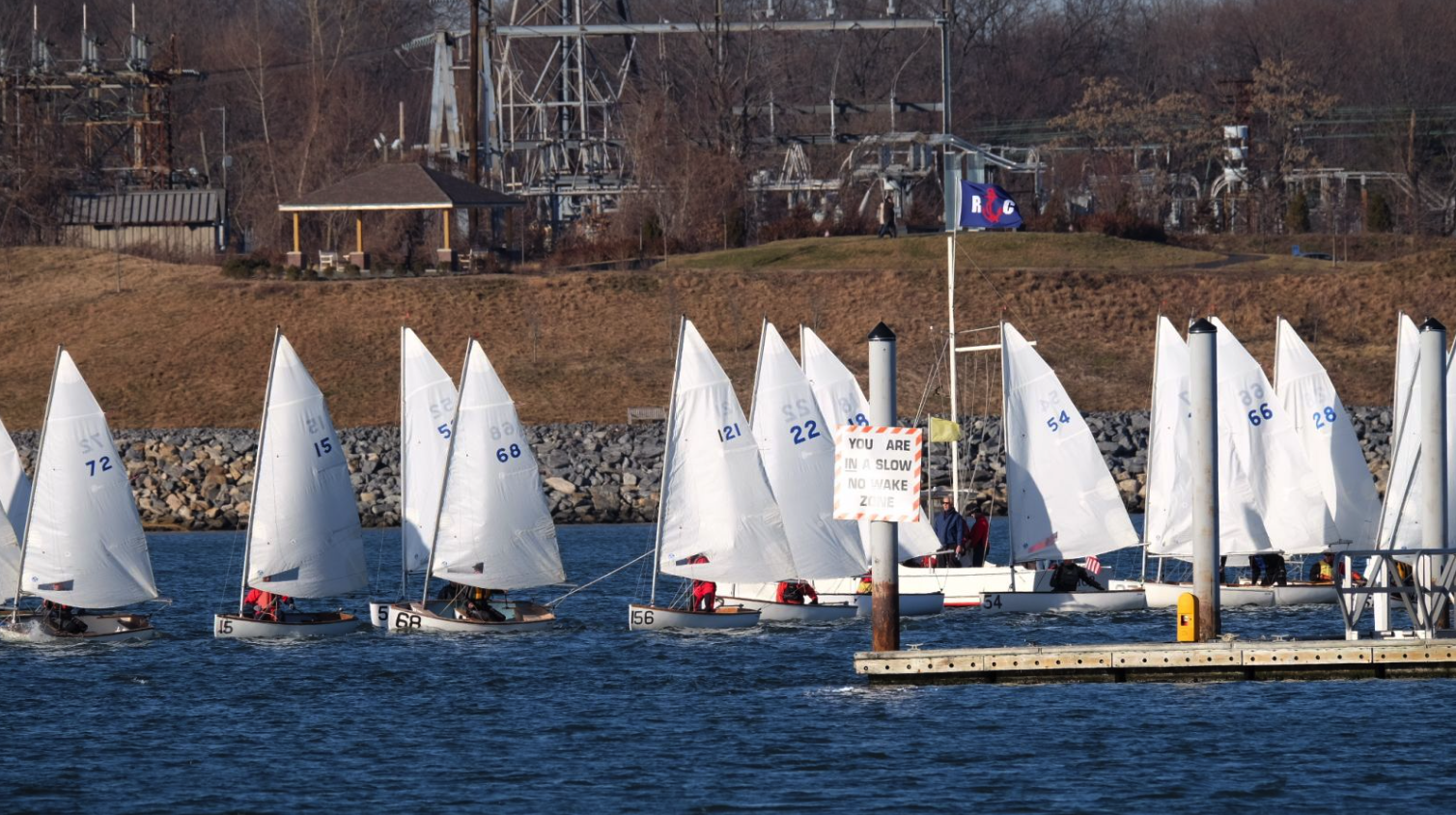 While you lazy-asses were laying around nursing a splitting headache and trying to remember how you got home, thousands of racers around the world were getting on with the sport they love.  What’s your area’s New Year’s Day racing tradition?  Here are a few from the new thread, including the frostbiting shot above from “Student Driver” in Riverside, CT.

Austin Yacht Ckub has a mighty fun annual Redeye Regatta.  It started forty years ago when people partied then slept on their boats. Hap McCollum made up a big breakfast and bloody Mary’s and then went down and beat on all the boats to announce he had done so.   While they were eating he held the competitors meeting and went out to set up a course.  Hap died ten years ago but his regatta is still huge.

We have our annual Hangover Regatta. small boats from Sunfish/Lasers up to 24′, staggered length w/l course to ‘handicap’ the boats, various ‘rules’ issued by the R/C along the way. One race you have to cross the line going backwards, another you have to go by the R/C boat and grab a beer while going to the leeward mark and back before another lap and finish.

The trophy is a toilet bowl, which has been residing at my house for the past year. Winners names & year inscribed with a sharpie on the inside of the lid. Along with various beers and liquors as prizes.

We have the Jack Roberts Memorial NYD Regatta. This year we had 42 degrees, W16 gusting to 28, and 8 boats. Good turnout for a city where nearly every boat is asleep right now.

What’s your racing tradition for the most painful day of the year? 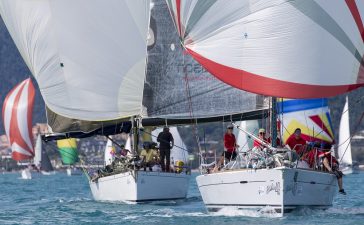