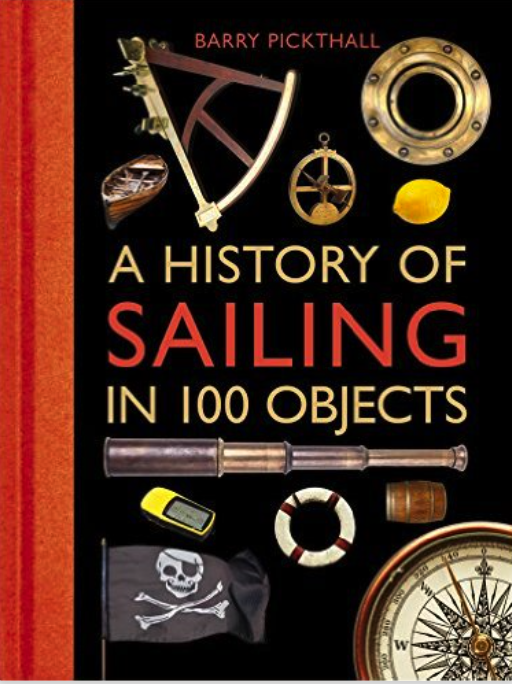 With the dead-tree media continuing its slide towards anonymity, one of our 2017 New Year’s Resolutions is to shine a bigger light on some of the many independent content producers picking up the slack.  One of those is Seattle-area safety instructor and licensed master Mike Brough, who’s been putting together stories on the web since 2009.  Mike’s excellent “Boating Safety Tips, Tricks, and Thoughts” blog is full of hundreds of interesting, helpful, and entertaining stories from the PNW and beyond, and we discovered Mike through – of all things – a book review.
While the vast majority of the subscription mags are basically recycling factories (they recycle paper, they recycle ‘how-to’ stories, and they recycle sailing news that happened months ago), print books – especially hardcover versions – are much more likely to be cherished by their owners and retained for years. Longtime SA pal Barry Picthall published one such book earlier this year (buy it here), and Captain Mike wrote a solid review, which we reprint here in its entirety with his permission. Show your appreciation by leaving a comment on his site.

Have you ever wondered about the history of sailing equipment that we use every time we go sailing?
Well fear not, “A History of Sailing in 100 Objects” by Barry Pickthall will fill in some of the gaps, starting with the earliest known picture of a sail from about 3,500 BC on the Naqada II Pot to the GoPro camera in 2006.
Yes a bit eclectic in many ways but a nice read.  The book has the object explained with text on the left side and a picture of the object on the right side.  This bite size method makes the book easy to read and digest in short bits.
I found the objects to all be interesting, many I was aware of but a bit of review never hurt anyone.  From the Cross Staff for navigation, Lemons to help prevent scurvy, the Portsmouth Block Mills in 1802 which made 130,000 wooden blocks a year for the Royal Navy using early automation (which remained in operation until the mid 1960’s).  The Fresnel Lens in 1823 which is still used today in Lighthouses and probably most aids to navigation with a light as well as navigation lights on vessels and the tail lights on many cars.
Navigation lights were recommended in 1836 by a British Royal Commission that recommended that every steamship should carry lanterns visible in all directions, but it took two decades for the issue of Navigation Lights to be taken seriously, by then there were 3,064d collisions involving just British ships.  It took until 1889 for international standards to be adopted.
All in all a nice read for anyone interested in the history of sailing and the object we use and take for granted in many cases.
The Seattle Public Library has several copies (that is where I borrowed my copy from), Seattle has branch libraries all over the city so you should have a branch close to where you live or work, visit your local branch and have a copy sent to your local branch if they don’t have a copy on their shelves, just takes a couple of four days depending on when you ask for the book,  the book is delivered to your local branch and an email sent to you telling of the books arrival.  If you have a library card you can log into the library web site and reserve the book to be held for you or sent to your local branch for you to pick up.
– c / m