the sleep of the almost sunk 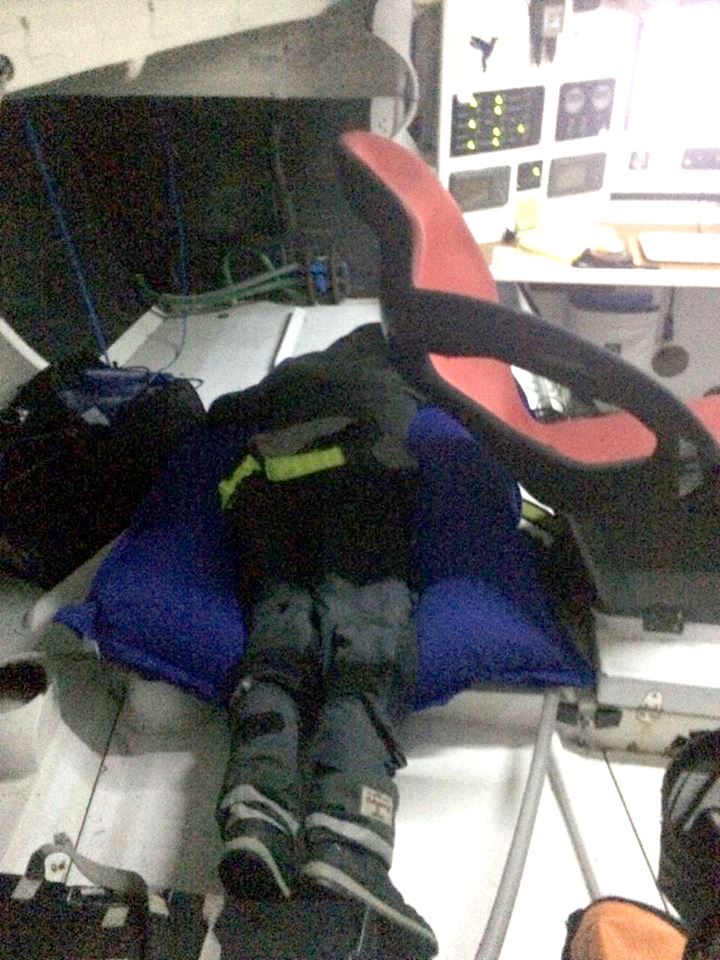 Defying the odds – and the rapidly disintegrating Open 60 Le Souffle Du Nord, Thomas Ruyant has thankfully made it to port at the Southern tip of Kiwiland.  Stuart MacLachlan posted the first shot of his first sleep in a long time; there has rarely been a more hard-earned rest after the front fell off…
Also Ram
In other news, it looks like fourth place Paul Meilhat may have run his race as well, but unlike Ruyant, Meilhat is as far from rescue as is possible on Earth. the winning 2012 boat – now called SMA – seems to have a cracked keel ram cylinder.  As of an hour ago, his team posted (as translated by Gtrans): “This afternoon at 3:15 pm French time, Paul Meilhat contacted his team to report a problem of keel ram. The cylinder was cracked for 40 centimeters and resulted in the rocking of the keel downwind of the boat…It was after a suspicious noise at the beginning of the afternoon that the skipper of SMA went to inspect his well of keel. He immediately realized that the oil in the hydraulic circuit had flooded the cylinder compartment. He first suspected the rupture of a pipe of the hydraulic circuit, before finding a crack of 40 centimeters on the cylinder itself.”
Meilhat is roughly 2000 miles East of New Zealand, and if he can’t lock down the keel, the situation could quickly become dire.  Monitor in the thread.