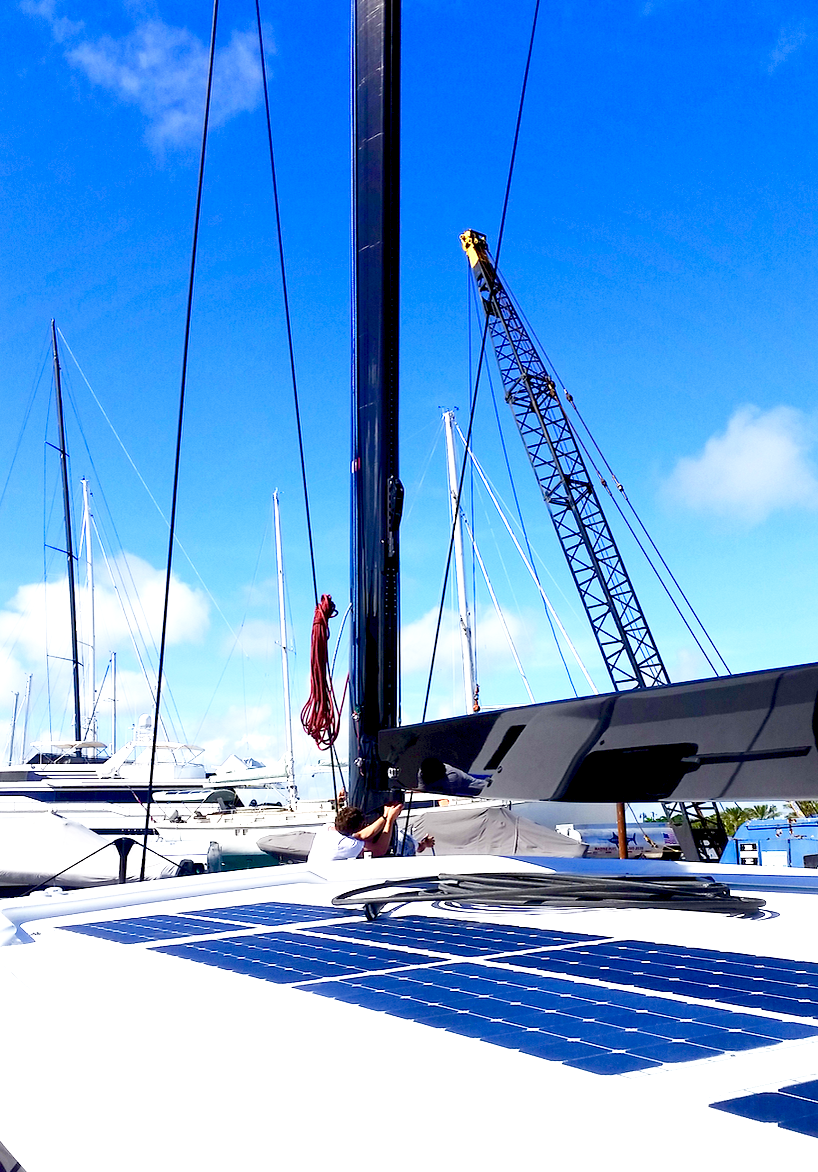 “The reports of my death are greatly exaggerated.” -Mark Twain (or not)
Bad news from Bristol RI filtered around the top end of the sport this weekend after employees at Hall Spars US were sent home on Friday for the remainder of the year and the shop more or less shuttered.  It was widely known that a big player had been looking into the purchase of Hall for months, and last week, that deal died.  We reached out to Ben Hall to find out if one of the world’s best and most beloved spar builders will make it through the suck, and after he spent the day putting 112 feet of carbon art into the new Gunboat 78 (see above), Ben seemed optimistic, telling us that there’s lots of action from interested groups. Discuss here, and here’s the official statement from the company.

From: President/CEO
To: Whom it May Concern
Subject: Status of Hall Inc.
There are many rumors being spread regarding the status of Hall Spars.  Hall Spars is a strong global brand and a leader of spar and rigging design and production around the world.  Hall has three locations: Hall USA, Hall BV (Holland), and Hall NZ (New Zealand). The three locations are owned by Hall Inc. and operated independently of one another with their own management team.
Approximately five months ago, Hall Inc. began a recapitalization effort to strengthen its position in the marine industry. For the past three months, Hall has been working on a deal with the company in the US.  Last Thursday, one week before closing this deal, our buyer dropped out.  Presently, Hall BV and Hall NZ are in full operation and will continue to be, while Hall US has shut down for the holiday season.
Our recapitalization efforts are continuing very aggressively with the goal of completing these efforts in January.  Hall has enjoyed great success over the past 36 years and will continue to do so.  I ask that you be patient with us as we complete our efforts to strengthen our company and continue to provide the quality product and service you have grown to expect from the Hall brand.
Thank you for your support!
-Thomas M. Rossi 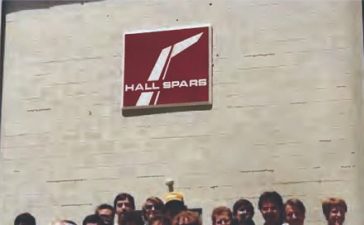