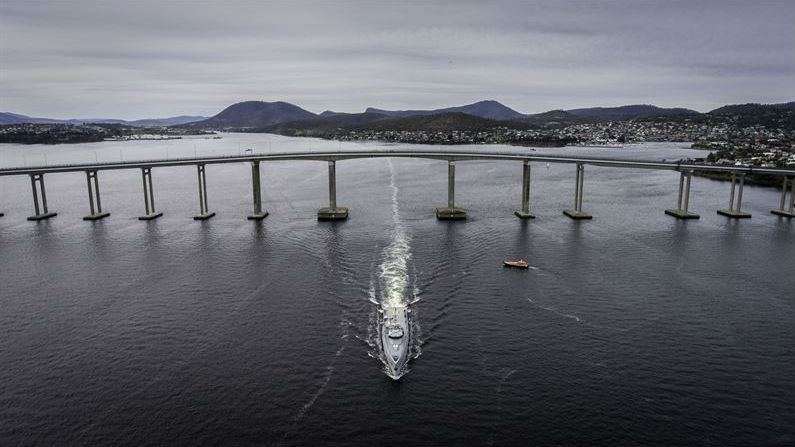 Sea Shepherd, One of our favorite organizations that is actually doing something about the rampant brutality and murder of the Earth’s precious whales by the Japanese, is underway as we speak. Click on their site and take a look at the pictures.
Even you Trumpanzees, despite your hero’s disregard for the environment (and the very oceans that you sail in), must support Sea Shepherd’s cause.
After final preparations in Australia, two Sea Shepherd vessels are now on their way to the Southern Ocean to intercept the Japanese whaling fleet in a bid stop them killing Minke whales. The marine conservation organization’s flagship vessel the Steve Irwin departed Saturday from Melbourne, followed by its fast new patrol vessel the Ocean Warrior, which departed from Hobart, Tasmania, on Sunday.
The Japanese whaling fleet left Japan on November 18, and reportedly has set itself a quota for 333 Minke whales. Ocean Warror’s captain Adam Meyerson says the vessel is fast enough to outrun any whaling ship and is equipped with a powerful water cannon. Sea Shepherd predicts the Ocean Warrior will be a game-changer for their 11th whale defense campaign, Operation Nemesis.
Read on.