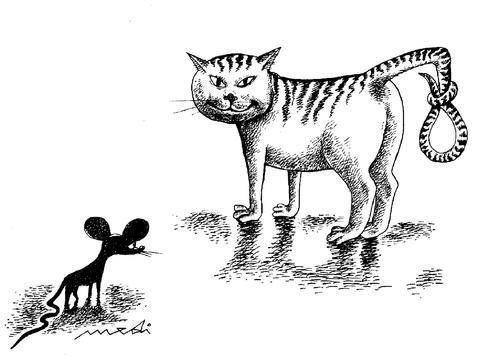 There is a cat and mouse game underway in the Southern Ocean along with a handful of intrigue. After a record setting run from France to the Cape of Good Hope Alex Thomson aboard Hugo Boss has finally relinquished his lead to Armel Le Cléac’h aboard Banque Populaire.

It’s a case of The Jackal and The Boss as the two skippers duke it out as if joined by a bungee cord. Le Cléac’h is nicknamed The Jackal because of his ability to seek out and hunt down prey and hunt he did making up a deficit of over 100 miles to overtaking Hugo Boss earlier this week, but his top spot was short-lived.

Thompson had gybed to the north in a lessening breeze and strictly on a ‘distance to finish’ basis he fell behind Banque Populaire, but once he gybed south again Hugo Boss reclaimed the lead but that too was short-lived. Le Cléac’h found a wind lane and practically in sight of Hugo Boss he snuck by to take over the lead once again. As of writing Banque Populaire holds a 20 mile lead over Hugo Boss as both boats gybe along the ice exclusion zone.

Race organizers have demarcated an exclusion zone that runs roughly along the 44th parallel for the first part of the Indian Ocean dropping down to 50 degrees south halfway between South Africa and Australia. There is a very real threat of ice and no one taking any chances. You don’t have to hit an iceberg to have a problem; hit a growler or bergy bit sailing at 25 knots and it straight down to Davey Jones’ Locker for the boat and skipper. The problem with the exclusion area is that most skippers want to sail as far south as possible to take advantage of the Great Circle route, but this means sailing right along the edge of the zone forcing multiple gybes.

The Great Circle route, by the way, is the shortest distance between two points on the globe. Because of the curvature of the earth the shortest distance between Cape Town and Cape Horn is right over Antarctica and not in a straight line between the two points. With satellite tracking you can bet that the Race Officials are keeping a close eye on things to make sure no skipper crosses the imaginary line.

Now to the intrigue. Alex Thompson reported a few days ago that he had snapped off his starboard foil and was sailing a crippled boat. Despite this he continued at a cracking (no pun intended) pace even on port tack when the stump of his foil would have been causing a good amount of drag.

Asked for some photos of the broken foil Thompson claimed that it was too wet and rough to take any, but the weather has since moderated. Indeed yesterday Alex did a nice selfie video shot in light winds and sunshine. He referenced the foil but did not snap a pic leading many to believe that he has been playing mind games with his competitors.  Did he really break the foil or has it all been a ruse? His shore team have indicated that he has a spare foil on board and that when the time is right he will ditch the broken foil and replace it with the spare. When Alex was asked directly if he had a spare on board he was more than a little coy about it. My guess is that it’s a mind game which makes this whole cat and mouse thing even more interesting.

While the leaders are approaching the Kerguelen Islands, a remote windswept archipelago at 49 degrees south, the bulk of the Vendée Globe fleet are dealing with the fickle winds of the St Helena High. By the way I happen to know it’s a remote windswept archipelago because I have sailed right by the islands and seen first hand what a rugged and beautiful place the Kerguelen’s are. But I digress. The South Atlantic or St Helena High is a tricky bit of weather to navigate.

There is a temptation to ‘cut the corner’ on it to sail fewer miles, but the high pressure expands and contracts at will and this time it expanded to suck in 10 boats among them Rich Wilson, the lone American in the race. At one point Wilson aboard Great American lamented a boat speed of 0.00 knots. I wonder what his ETA was showing at that speed?

Meanwhile Cape Town’s V&A Waterfront is welcoming two of the pre-race favorite skippers. First it was Vincent Riou on PRB who retired with damage and then Morgan Lagravière aboard Safran also retired after hitting something and damaging his rudder. As some consolation Lagravière was welcomed into Cape Town by a pod of 60 humpback whales. These two skippers along with Tanguy de Lamotte, who retired earlier in the race, brings the total remaining to 26 intrepid skippers.

If you enjoy Brian Hancock’s regular contributions to SA you might want to check out his blog on sails and sailmaking. His best selling book Maximum Sail Power is being updated and released in blog sized chunks – everything you need to know about that most important part of your boat – the sails. Click here for the skinny.