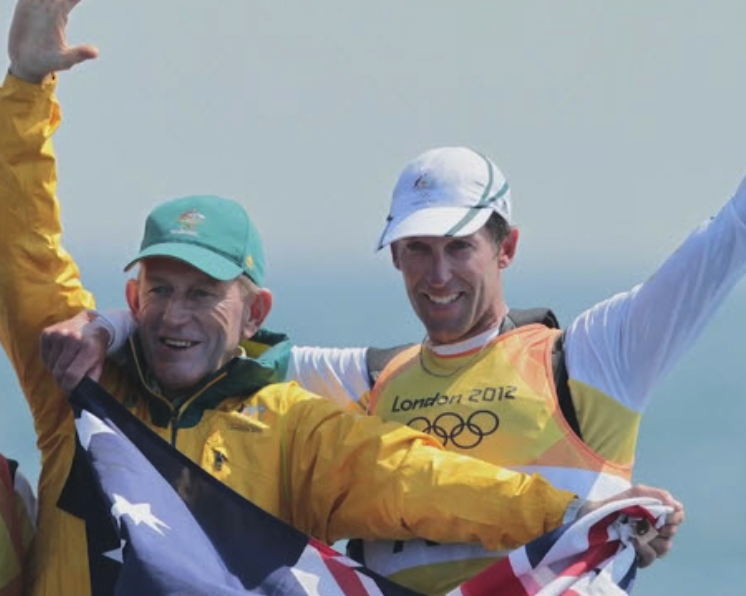 As many US Sailing Team fans will already have noted, Managing Director Josh Adams has left for greener pastures, (though he is assisting with the transition to new leadership) while today,  two-time Aussie gold medal crew Malcolm Page was named new US Sailing Team Director.
A college dinghy and team racer who came to the team after years as a magazine publisher, Adams was charged with what may have been an impossible task for someone with his experience level; to bring the US Team back from its dismal, zero-medal performance in London and make a real impression in Rio.  Despite what seemed like a good plan for Brazil, the team’s 2016 performance was only tolerable in comparison to the 2012 debacle, and something had to change for the next quad.
Fortunately, US Sailing finally did what we’ve been begging them for a decade –  quit hiring your management consultant and magazine publishing pals from New England for this essential job, and find someone with a proven history of winning – even if you have to headhunt them from somewhere else.
Enter Mal Page, who aside from being the most decorated dinghy sailor in Aussie history, may be the only sailor to ever win a gold medal with two different skippers.  Page walks away from one of the toughest jobs in sailing – Marketing Director for ISAF – to take on another extremely tough job, but one he’s uniquely prepared for.  We say this not because Page has led a big team to success; we say it because he was part of one of the winningest Olympic sailing teams in modern history, and a very clever lad.
Perhaps more importantly, he comes from a decade worth of training under the world’s best olympic sailing coach – Victor “The Medal Maker” Kovalenko (pictured with Page, above).  While it’s too much to hope that Victor will defect to the USA as part of the deal (Kovalenko has famously turned down some huge international paydays to stick with his adopted homeland downunder), Page should have all the tools he needs to recreate the winning culture enjoyed by the US Sailing Team up until the past decade.
You guys always come up with the best questions, and I’ll be speaking to Mal tomorrow morning for this week’s SA Podcast.  What do you want to know about the 2016 performance, the plans for Tokyo 2020 and the team, about Malcolm in general, or whatever?
Post your questions here.
This post has been edited to reflect the fact that Josh Adams was not fired, but resigned instead.  We note, however, that numerous sources inside both the governing body and the team were extremely dissatisfied with the team’s performance and in our opinion, Adams was not long for the job.