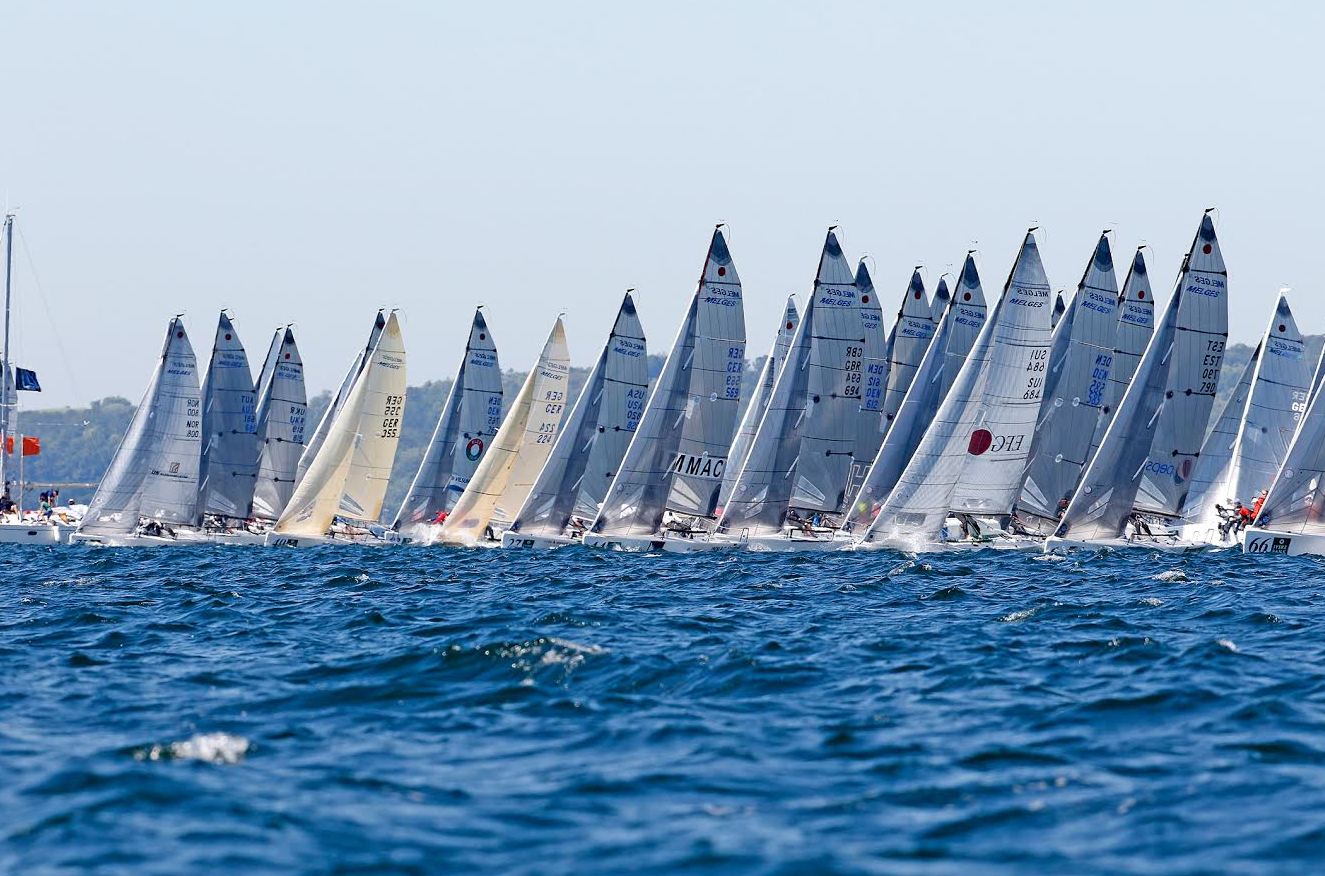 The biggest event in the Melges 24 Class, complete with a long list of professional and amatuer bad ass sailors representing at least 15 countries, its World Championship (Nov. 29-Dec. 3) is destined for Miami in less than two weeks and scheduled to be one of the largest it’s ever hosted on North American soil (the last really successful Worlds took place in 2005 at Key Largo, FL with 98 set-up on a starting line ¾-quarter mile long). The event organizers are not only planning to showcase the Melges 24 as the best boat to sail, but also why it remains a staple in the permanent fabric of mainstream one design sailing, and will be for a long, long time.
The fleet of predominantly U.S.-based boats will be packing a big punch with none other than high-profile National Champ and 2016 Rio-Olympian Bora Gulari, 2013 World Champion Brian Porter, multi-Charleston Champ Bruce Ayres, Kevin Welch, long-time Class supporter and stalwart Travis Weisleder, Tim Healy and Canada’s Richard Reid just to name a few.
It is to be seen as to how well the North American constituency will hold up to the dynamic force of strong European and Australian teams such as reigning World Champ Chris Rast, Italy’s Andrea Rachelli, Conor Clarke (who has recruited American Olympic 470 dynamos Stu McNay and Dave Hughes), multiple Corinthian World and European Champ Tonu Toniste, Peder Jahre, Andrea Pozzi and the full-on family effort of Kevin and Glenda Nixon sailing on ACCRU.
The bread and butter of the fleet is, and always will be the Corinthian division, which has been in active play virtually since the Melges 24s inception. Every single one of these teams remind us constantly that grassroots racing and rivalry is as heated as anything else. Throw in some screaming big Miami 20-25+ breeze and 6-8 ft seas and you’ve got the making for what will be one of the greatest events ever raced off of South Beach.
The U.S. Melges 24 Class’ six-district layout is more than well represented with the ‘Georgia Gang’ of Roger Counihan, KC Shannon and Tony Stanley, while Lee Eikel and Glen Tonguis are amped up with plenty of cajun energy traveling all the way from Louisiana. San Francisco Fleet Captain Duane Yoslov, Sallie Lang and Jan Crosbie-Taylor, Kevin Clark and newly appointed International Class World Council member Krak Arntson are bringing West Coast, free-style intensity to the Miami stage.
The USMCA Midwest, Northeast and Pacific Northwest districts are forever hotbeds of downwind thrill seekers and Miami is IT for John Brown (a hard-core E-Scow racer who just picked up the M24 reigns in Key West this past January — addicted), Nate Duer, Marty Jensen, Laura Grondin, Megan Ratliff, regional DGs Curtis Jazwiecki and Chris Kalinski, U.S. Class Prez Steve Boho, and Tom Ritter from the Big D.
Plenty of damn good racing coverage is planned for the event including TracTrac and live reporting over a number of official Melges 24 social media channels. First and foremost, follow and LIKE the 2016 Melges 24 World Championship on Facebook then stay close to the International Melges 24 Class Association and the U.S. Melges 24 Class too for more spin-off commentary and special reports.
#2016Melges24WorldChampionship #Melges24 #USMelges24