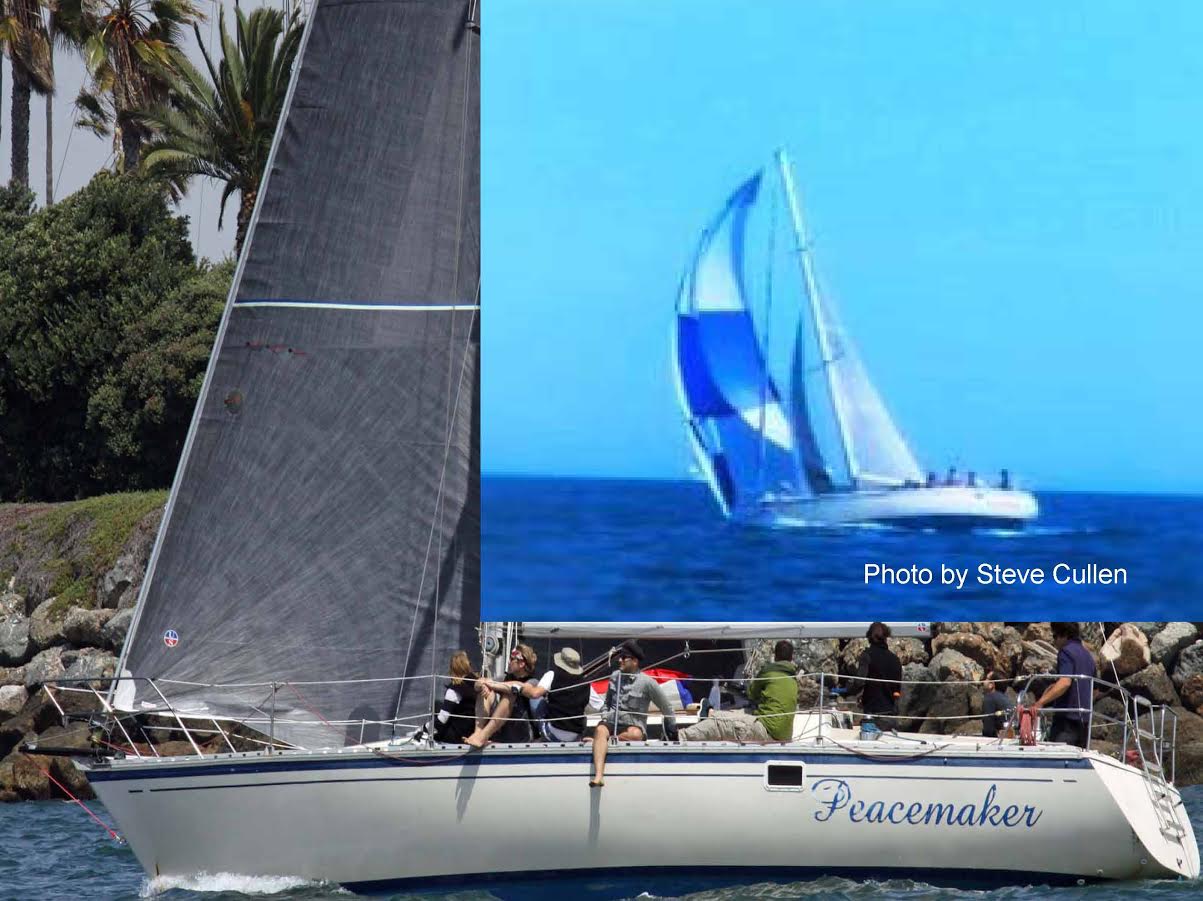 Mike Price is an Ullman Sails Service Manager during the week and Skipper of Peacemaker, an O’Day 39, on weekends. He has just wrapped up a very successful 2016 offshore campaign with a win in the final race of the Catalina Island series, held by the Long Beach Yacht Club.

“This has been our best season yet on Peacemaker which has participated in dozens of races stretching from San Francisco to Ensenada.  This year we added a C SPRIT®  which has really improved our performance by expanding the range of angles that we can carry our gennaker spinnakers, both higher and deeper, as well a big improvement in sail changes and handling.”

One of the great benefits of the C SPRIT® is that it projects the tack of the gennaker in front of the boat which really opens up the “slot,” with the mainsail. This both improves speed and makes steering easier.

“During our most recent win Peacemaker was able to hang onto her spinnaker across the San Pedro channel when others could not due to the strong breeze which was forward of the beam.  We pulled ahead and were able to consolidate this lead with some nimble jibing once we were inside the harbor.  We have found that our jibing with the sprit is so much faster in tight quarters that we now rarely use the spinnaker pole.

Without the sprit the race would have been lost. Several boats had waterline advantage on Peacemaker and only the ability to carry a gennaker to hot angles, peel easily, and jibe on a whim, made victory possible.”

I highly recommend the C SPRIT® to anyone wishing to simplify or improve their downwind performance. Ask for me at our Newport Beach loft in California if you would like to know more. – Mike Price (714) 432-1860