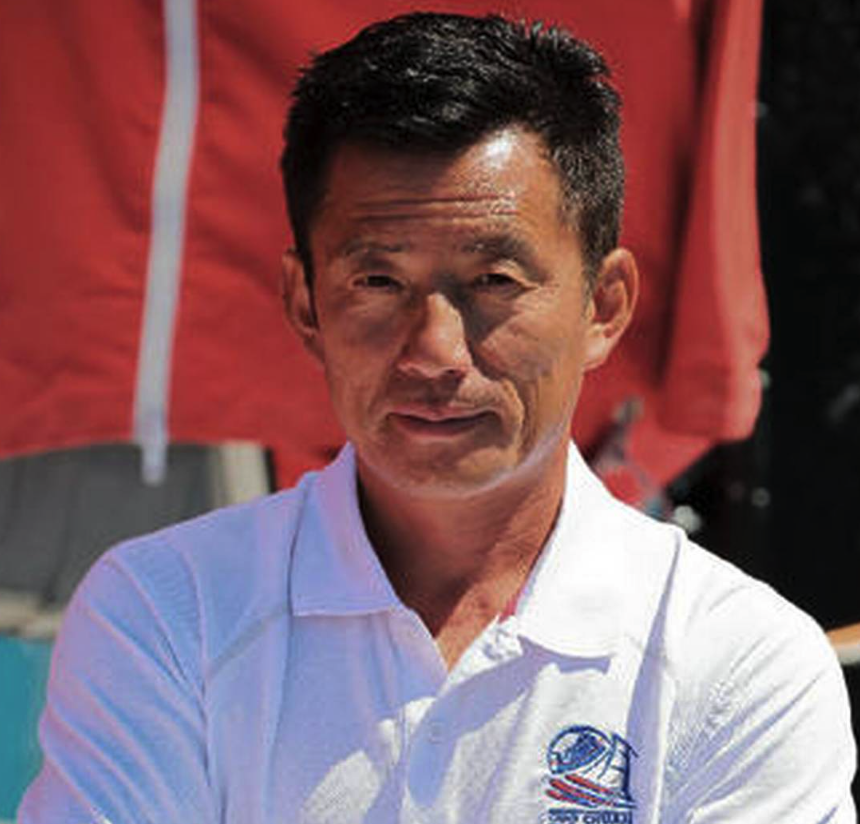 The folks who run Guo Chuan Racing’s page have provided their analysis of the likely reason for his disappearance off the 90-something footer trimaran.  We offer our most hopeful wishes for Chuan, his family, and his team.  Here are their words (and yours go here, if you want to comment in the thread):
The team think this disaster could have happened in two ways:
Scenario 1
Guo was sailing with 1 reef on mainsail and gennaker in about 13 to 20knts wind downwind which is a reasonable sail configuration for these conditions.   At the end of the day he decided to furl the gennaker in order to sail even safer for the night. After that he tried to drop it on windward side (which becomes a tricky maneuver in stronger winds for a solo sailor). Holding the halyard and restraining the gennaker at the same time, he lost the control of the halyard and the gennaker finally fell brutally down far away on the leeward side of the boat. As he was trying to restrain the gennaker to fall in the water he got pushed and ripped out of the boat either at the side of the starboard float or in front of the starboard front beam.
Scenario 2:
Guo was sailing with 1 reef on mainsail and J1 in about 13 to 20knts wind downwind which is the safest sail configuration for sailing at night.   The gennaker was furled and still hoisted. For an unknown reason the halyard or the gennaker cable broke. Guo first furled the J1 in order to slow down the boat before taking care of the gennaker that has fallen in the water.  He then began to get the gennaker back on the net close to the starboard float. By manipulating the very powerful gennaker  (which was drifting in the water) out of the water, he had at a certain moment to unhook his safety lifeline in order to change his position on the boat. A bad wave throw the gennaker back in the water and pushed Guo out of the boat.
Guo had most probably a life jacket with a safety line and a beacon for these maneuvers. In the first scenario, you need to unclip the the safety lifeline at one point.