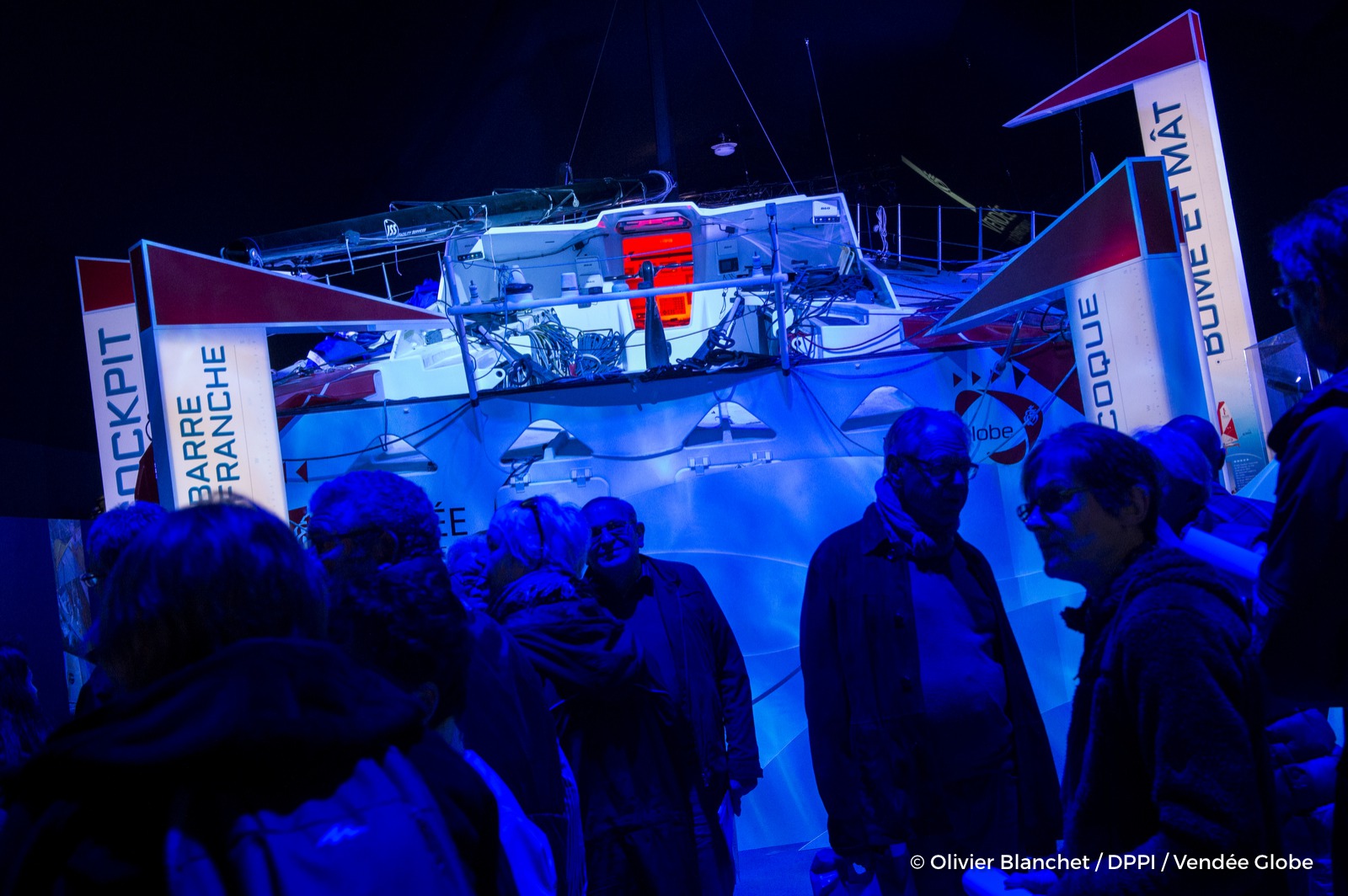 The 29 competitors competing in the Vendée Globe are now onsite in Les Sables d’Olonne. There is just 10 days until the start of what’s likely to be the most exciting Vendée Globe ever. I can say that with the utmost conviction and here’s why. This is one of the largest fleets ever and the pure talent among some of the favored skippers is unbelievable. There are probably ten skippers who could win including Vincent Riou who won the race eight years ago. Take the talent of these ten skippers and put them in incredibly powerful IMOCA 60’s and you have all the makings of an awesome event. More than half of the competitors have done the race before and for five of them this will be their fourth Vendée Globe. For six skippers this will be their third race, but sadly this time there are no female skippers in the race.
My money to win is on Armel Le Cléac’h, the skipper of Banque Populaire. In 2008 on his first attempt, Le Cléac’h made it onto the podium finishing second behind Michel Desjoyeaux, and in the race four years ago he also finished second just 3 hours and 17 minutes behind François Gabart. He is known as The Jackal for his ability to relentlessly hunt down and pass other racers.
My sentimental favorite is Alex Thomson not because he is one of only nine non-French competitors, but because he has done so much to expose sailing to a broader audience through his stunts like the mast walk. This was where he ran up the mast, posed at the top and then dived off. Another stunt was aboard his kite board where he soared ten stories above the mast of Hugo Boss. To cap it off for both stunts he was wearing an immaculate Hugo Boss suit. Thomson is a relentless competitor and while this will be his forth Vendée Globe he has done numerous other circumnavigations. In 1999 he won the Clipper Around the World Race as the youngest skipper ever to win a round-the-world yacht race. He also participated the Barcelona World Race and the Velux 5-Oceans but crashed and burned in those events.
Other skippers that are likely to fill out the podium are Jérémie Beyou on Maitre Coq. Beyou has won the Solitaire du Figaro three times, won the Transat Jacques Vabre and placed second in the 2014 Route du Rhum. he year he won the Transat Jacques Vabre he was sailing with Jean Pierre Dick who is also a contender for the podium in this Vendée. Dick has won the Transat Jacques Vabre on three occasions (2003, 2005, 2011) and the Barcelona World Race twice (2008 and 2011). I guess I could go on since there are so many potential podium placers, but these are the ones that I know well and whose careers I have followed over the years.
There is one skipper that has no aspirations for the podium and that is Richie Wilson, the lone American in the race. This will be Richie’s second Vendée Globe aboard Great American. In the race 8 years ago he finished ninth out of thirty starters and is back eight years later on a newer, immensely powerful boat. At 66 Richie is the oldest competitor in the race.
Every year when I go to Les Sables d’Olonne for the start I look at the boats and wonder how they could possibly every get any faster, but four years later when I compare the earlier generation boats against the latest boats there is no comparison. It’s the same this year with many boats installed with the new Dali foils and with more powerful sailplans some of the boats literally fly out of the water. In future blogs I will examine some of the rule changes and technical advances that have taken place. But for now do yourself a favor and subscribe to the Vendée Globe newsletter and get ready for one amazing race around the world.
– Brian Hancock

madman across the water

painted into a corner