a hell of a year

One of the best offshore sailors around, and one of the nicest blokes as well, Phil Sharp shares his 2016 year in the Class 40… 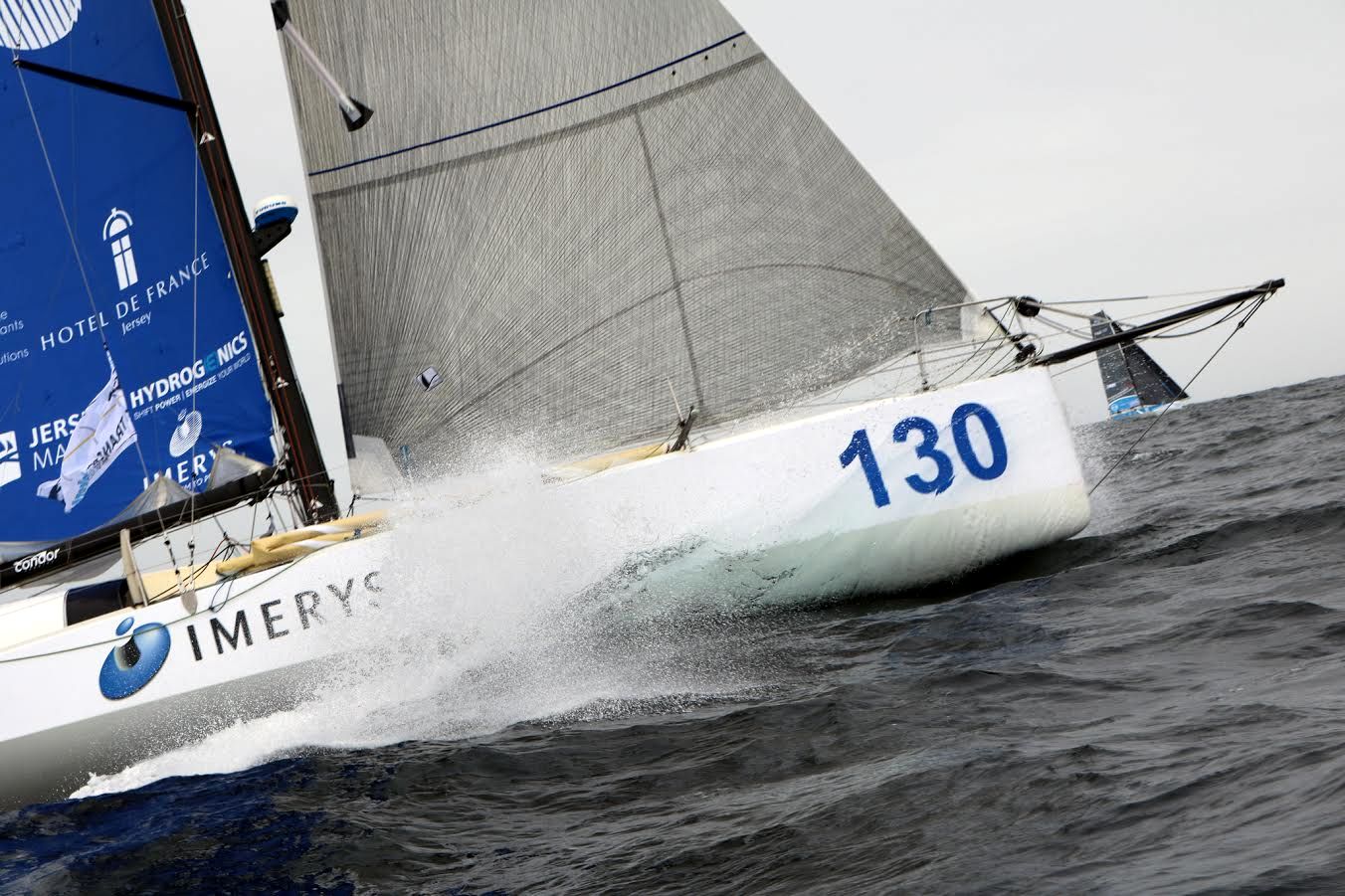 Whilst the IMOCA 60 season is about to kick off in earnest with the Vendee Globe (and likely foil destruction derby) in just under a fortnight, the vibrant and intense Class 40 season has recently come to an end.

Class 40’s are now serious racing machines, and have taken a lot of steroids since the birth of the Class some 10 years ago now, when I competed in the first Route du Rhum. It is actually the only competitive way of entering all the major grand-slam transatlantics, including the Route du Rhum and The Transat, without needing a seven-figure annual sponsorship to see you through. And for sure the conventional setup, “sans-foils”, definitely helps with reliability and cost-control, whilst the boats are most certainly rapid, notching up sometimes over 350 miles per day.

This season comprised 4 major events, kicking off with the notorious Transat, followed by The Atlantic Cup, the Transat Quebec St Malo, and the Normandy Channel Race. Aboard our competitive Mach 40.2, Imerys, we competed in all events aside from the Atlantic Cup, mainly because the boat was so battered after The Transat bakerly that it was impossible to make it down to the start in Charleston as there were several weeks of repairs needed.

The Transat definitely stood out as the highlight for me, and I really do recommend it to all those masochists out there who want to submit yourself to a proper and thorough kicking on the ocean: alone, across the North Atlantic in May. At that time of the year it is strewn with gales, mostly upwind, and extremely wet. I ended up sailing 4,800 miles compared with the rhumb line distance of 3000 as I was practically never able to point my bow towards New York. When eventually I did finish, after one serious storm and several gales later, I didn’t have 1 square inch of dry clothing left, my mainsail looked like it had been hit by a pirate cannonball, and I only had half a litre of water left. It was great to finish on the podium nonetheless, in what was a serious race of attrition and almost survival.

It is particularly encouraging to see the level of competition in the class currently. There are now a really healthy mix of professionals from other classes joining the races, including quite a few top Figaro sailors and Tour du France veterans. Boats often had just minutes of separation after several days of racing.  During the morning of the finish in the Transat Quebec St Malo, after 3000 miles of racing, we could see visibly on the water all of the top 6 boats, all within about 5 miles of each other.

The racing couldn’t have got any closer though than the final showdown of the year, the Normandy Channel Race, here we practically match-raced the Spanish Class 40, Tales II, right around the 1000 mile course from Caen, up to the Fastnet and back. It was unbelievable, adrenaline-fuelled racing, always within a few miles of each other, and I have never done as much swimming in the Channel during a race to pull vast quantities of weed off the keel.  Despite holding the lead nearly the whole way, Tales II pipped us to the post with slightly more downwind speed in the closing stages. After 5 days of racing they crossed the finish line just 169 seconds ahead. Bummer!  However incredible racing and I look forward to more duals with them next year.  This video gives you a taste of the action…