Lloyd Thornburg’s mighty MOD 70 Phaedo was well on her way to the rare triple victory in the Rolex Middle Sea Race last night, with a big lead over Giovanni Soldini’s non-foiling (for-the-moment) Maserati and what appeared to be a couple of hours in hand on the outright race record of a hair under two days. And then they did something you almost never, ever see at this level: They sailed around the wrong mark, costing Phaedo the win, the all-important record, and plenty of embarrassment.  Phaedo co-Skipper Brian Thompson wrote to organizers that “we scored an ‘own goal'”, allowing Soldini and his crew (which includes Monaco’s prince and playboy Pierre Casiraghi) to easily win the race despite their boat problems on the delivery to Malta.
Phaedo is just about finished, while Maserati is likely showered, shaved, and already on the piss.  You can play back the tracker yourself to watch the gaffe unfold (or watch the slower boats still competing), or just watch the GIF above for the money shot.
Results will be updated here. 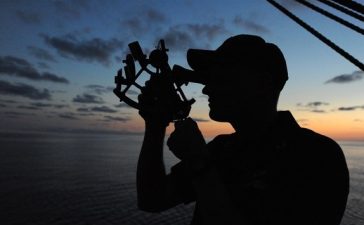