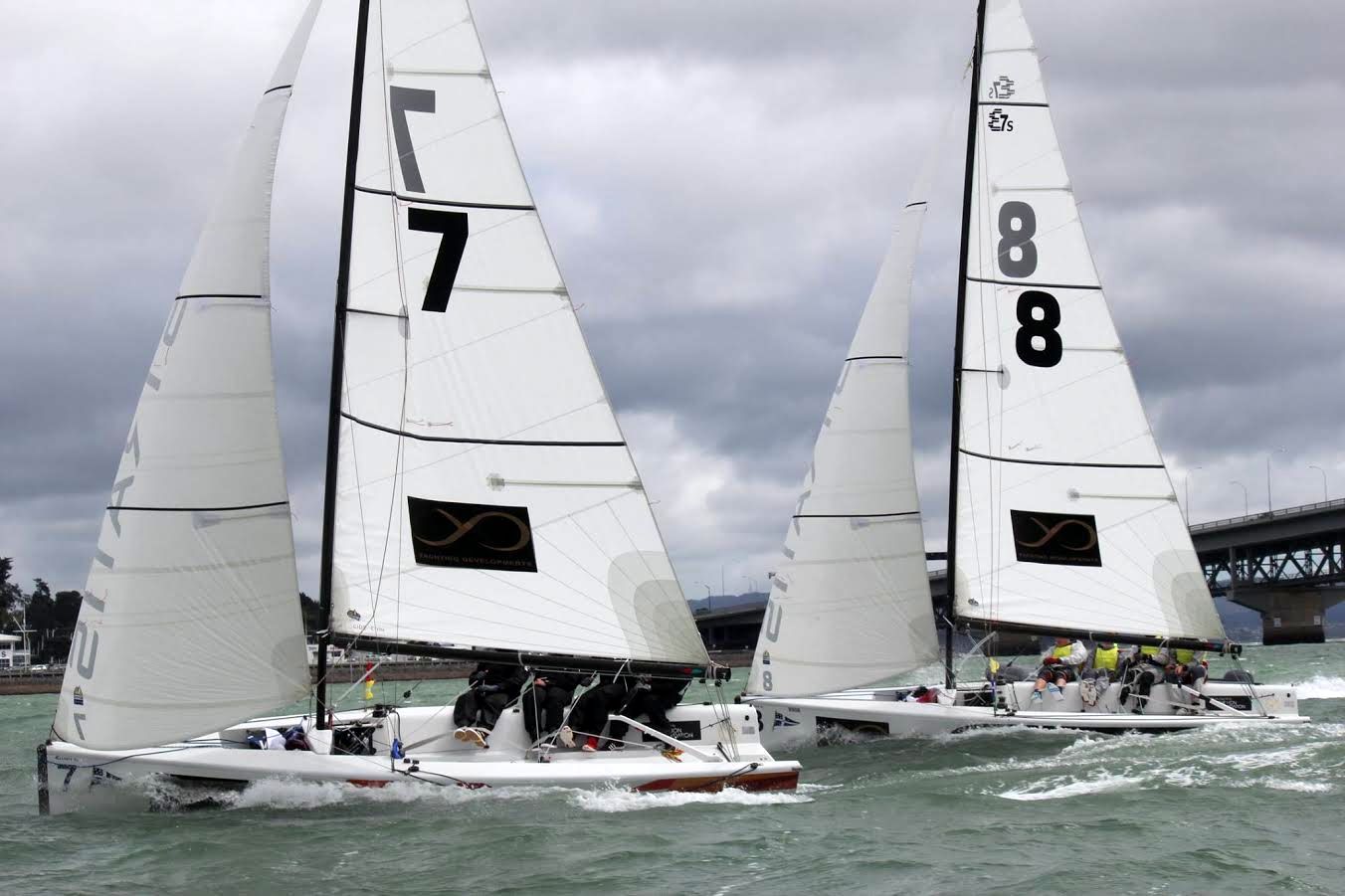 When an event includes defeated finalists like ben Ainslie in its history and the past winners list reads like a who’s who of match racing (Gavin Brady, Dean Barker, Phil Robertson, Adam Minoprio, Josh Junior, Rod Davis, Brad Butterworth and Chris Dickson have all had their hands on the New Zealand Match Racing Championship Trophy) you know you are in for some competitive and combative top drawer match racing.

Add to that a PRO of the quality of Harold Bennett and a line-up of 8 umpires that included Russell Green (ETNZ and former Oracle Rules Adviser) and you have a recipe for a thoroughly entertaining and professional series of races.

19 Teams – across two flights – came to the line for the first race of the 2016 New Zealand Match Race Championships which like the WMRT started with fleet racing to seed the sailors for the match race element which was to follow.

Racing was held on the waters off the Royal New Zealand Yacht Squadron (RNZYS) and the weather threw everything at the sailors from a drifter with Harold Bennett’s finger poised over the hooter with the “N” flag ready to hoist only to be saved by the wind returning, to gusts approaching 30 knots but the sailors’ weapons, the locally built Elliot 7s proved ideal for the job.

Add to the wind, tides which were perhaps at their strongest of the year with a ‘super moon’ providing a cross current which added just a little extra spice to the required judgement of the competitors. Coincidentally the Elliot 7s used for the event which are part of RNZYS development fleet, were built by Yachting Developments who generously sponsored the event.

Quality showed in the fact that although racing was close – with the boats even closer in the pre-start – the Y Flag was not overused by any team showing that in the main they knew when and where their rights had been infringed.

The puffy conditions led to many lead changes as the event developed and as to be expected the easy victories of the earlier rounds gradually disappeared and from the quarter finals onwards the victors had to work progressively harder to make it through to the next round.

The course itself was laid out in the same way as the WMRT with the entry from windward but followed by a reaching start which produced similar tactics in most flights with an absence of split tack starts, committee boat Vs Pin and so on which for some may have taken away from the match race pre-start ‘fun and games’ but there was no reduction in the typical dial ups and spins as competitors endeavoured to gain the upper hand on each other.

The umpires were kept particularly busy in the boisterous conditions with, particularly the wing umpire, buzzing round to avoid blackouts on whether an overlap existed or otherwise.

Once on the course side the racing had everything. There were “swings and a miss”, there was boats almost stopping approaching a mark to try and trap their opponent and as mentioned, multiple lead changes. 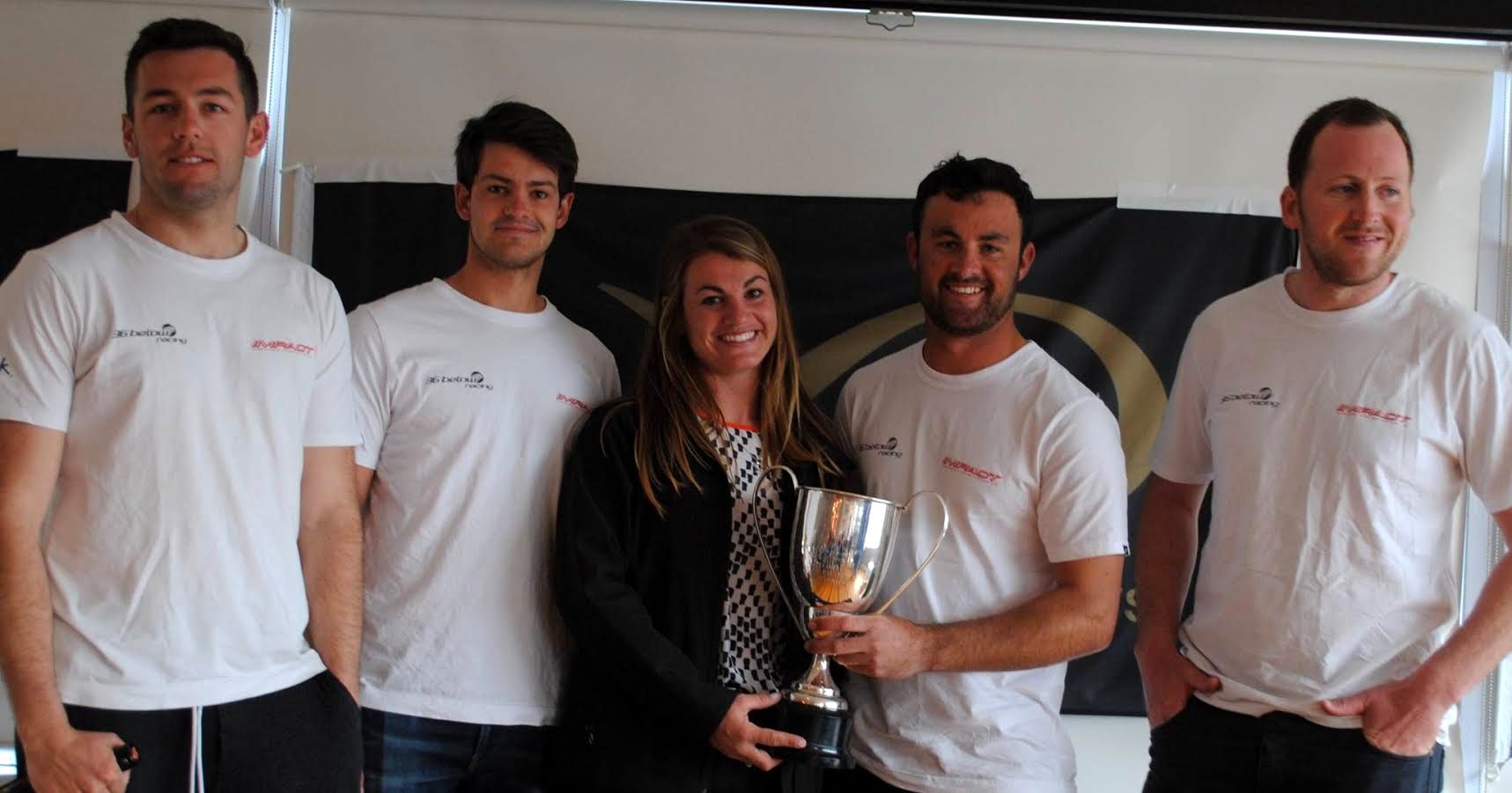 The final was between defending champion Chris Steels and Graeme Sutherland. From the start it appeared that Steele’s boat handling was superior, especially in the brisk conditions, but this was balanced out by a straight line speed advantage from Sutherland and although the final score line was 3-0 in Steele’s favour this was far from a walkover, quite the opposite.

As an extra, the finals were commentated by a voice familiar to America’s Cup fans with Peter Montgomery, himself a RNZYS member, viewing the racing from the Squadron providing second by second insights to the racing. Not just to the Squadron members either, such is the keenness in the event that the finals were being broadcast live on a local radio station.

As Peter said in the movie Wind, “The big boats get the glory but the small boats make the sailor”.

Well over the past weekend those competitors who were following in the footsteps of so many, now famous, names in our sport certainly showed their mettle and it would be no surprise to see some of them sharing in the ‘glory’ of one big boat or another at some point in the future.