run what ya brung 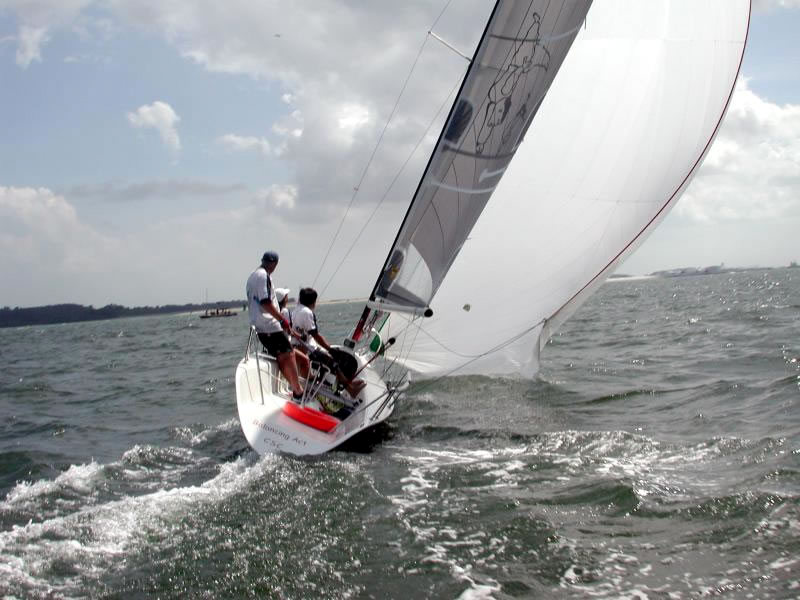 I’ve been trying to follow the presidential campaigns for World Sailing, and commend Mr. Clean for his podcasts and trying to get the candidates to engage in some of the toughest issues that are being faced at best or at worst will be lurking just below the surface.  While listening to some of the discussion about the concerns about classes and equipment as might be adopted or excluded by the Olympics it occurred to me that Sailing is on the surface very similar to many other sports but throughout history it has developed a very unique way of expressing itself which is very unlike the other sports.  Perhaps the Olympics is the perfect venue to reinvent the sport and get back to basics.

It seems to me that Olympic sailing defines itself through the class of boats that are sailed, which increasingly are manufacturer one design classes.  This always raises the spectre of shady dealings as production contracts get very big very fast with a global adoption of an Olympic class.  However when you listen to the discussion of the classes they are frequently described in simpler more basic terms.  Like Boxing or Wrestling, there are weight considerations.  Different boats are adopted so that the lighter sailors can compete at the same games as the heavier ones.

Like Tennis there are Men’s or Women’s singles, doubles, or mixed.  With the introduction of Boarding (Kites or Sailboards) there are different race formats such as slalom, freestyle, or courses.  I may be wrong, but only in sailing do they specifically classify all aspects of the craft to be used.

In skiing, or running, or cycling, there are many manufacturers in the same race.  If you use inferior equipment you lose.  The equipment in the sports outside of the Olympics is mature enough that you can get competitive gear from a number of suppliers.  Couldn’t sailing just define the size, number, and gender of the eligible contestants and say how many hulls, and the size of the craft and let the sport decide what works best in the confines of that box?

In days of old sailing Clubs would purchase a number of the same boats because it was cost effective, and it brought in members who did not or could not own their own craft, some clubs may have dominated regionally but that isn’t necessarily because of the class.  It was likely because those clubs had people on the water more.

I understand that at the elite big boat level of the Volvo, or Americas Cup they are moving into a one design space to drive down the multi-million dollar arms race and encourage greater ease of participation for more syndicates on the line.  This is because these events are sponsored marketing events, and spreading the marketing dollars is necessary for success.  The Olympics on the other hand is relatively white labelled at the competition level. Sure skiers hold up their skis when they finish well, and everyone sees the Nike swoosh on a runners shoes, or the logo on the strings of a tennis racket, but it doesn’t define the sport.
Each sport is supposed to be defined by unique skills required for a discipline or competition format.  Would it be that hard to do that for sailing? Wouldn’t it open it up to more nations if we said run what you brung, lets see what ya got? – Ted Brewer.

the will to change