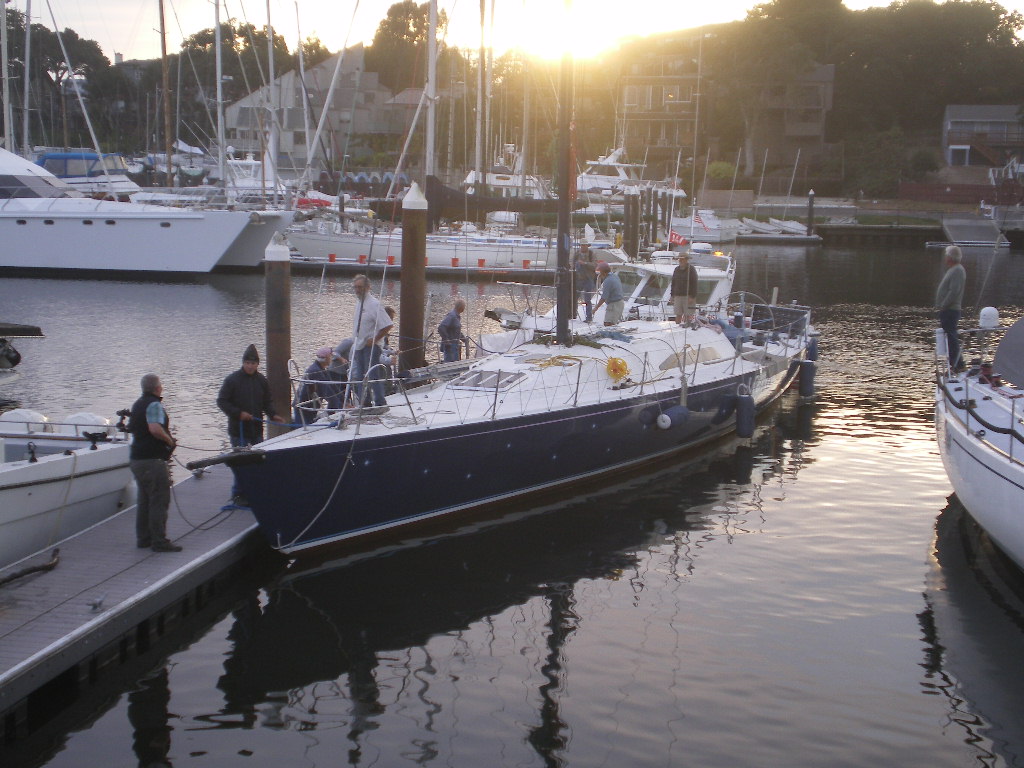 An epic story of a piece of history’s restoration ends with a splash…with thanks to sleddog;
Last evening, as the sun set into a thick fog, the acerbic and perpetually weird Bill Lee’s iconic ‘Fast is Fun” MERLIN was lowered into the Pacific at Santa Cruz Harbor after an absence of many years in Great Lakes waters.
Bill and crew spent recent months removing the dysfunctional canting keel, daggerboard, hydraulics, and massive internal structure, and installing a new, Alan Andrews designed, torpedo type keel. Bill had a broad smile last evening when he saw MERLIN floating evenly and exactly on her original, 1977, designed lines, indicating a displacement of 25,000 pounds had been met.
MERLIN will compete in next summer’s Transpac, 40 years after breaking the Transpac elapsed time record.
Welcome Home, MERLIN! A re-christening ceremony will be held February 26, all invited. Regarding questions about the paint job, cabin shape, and other refinements, Bill would say MERLIN remains a “work in progress,” with nothing off the table, but jesus, can’t  ya at least paint the god damn thing something other than that? Say, white?
It is worth noting that design hack Leif Beiley is the one who orchestrated the butchery, as noted above, to virtually destroy as much of the originality of Merlin as possible. Y’all remember that tool, don’t ya?