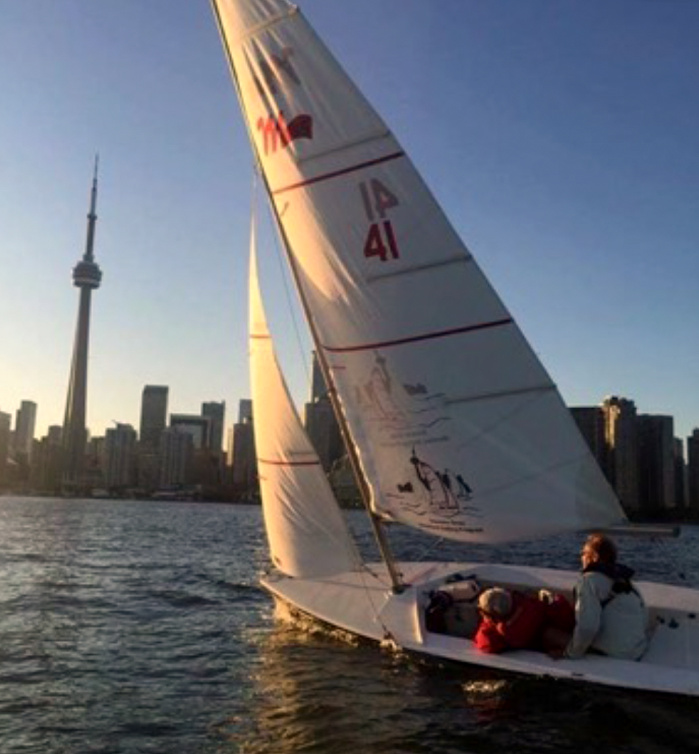 My name is Kevin Rogers and I’d like to nominate my friend Richard “D” Mitchele for Canadian Sailor of the Year (Around SA, you might know him as Bedford). D is one of Canada’s most experienced offshore bowmen.
Over the years he’s competed in races including the Transpac, Marblehead to Halifax, Newport Bermuda and LA To Cabo San Lucas to name a few. He’s also done thousands of miles of offshore deliveries and crossed the Pacific twice.
Not only has he represented Canada at a number of prestigious offshore events, he has given numerous Canadians the chance to join him for races and deliveries and experience offshore sailing first hand. At fifty-one, he still does bow on boats as big as eighty feet.
Three years ago, D was caught in a house fire. He ended up in intensive care in a coma with third degree burns to a third of his body. That night, the hospital staff told D’s family that they should consider saying goodbye as it wasn’t certain that he would make it through the night. But he pulled through and a few weeks later, they brought him out of the induced coma.
The Doctors told him that he would not walk for a year. D set about learning to walk again and set his goal as the Newport Bermuda Race nine months later. Three months after the fire, he ran a mile. Three months after that he completed a twelve-hundred mile delivery aboard a sixty-footer with two other sailors. Nine months after the fire that almost ended his life, he realized his goal and competed in the 2014 Newport to Bermuda Race as bowman on a vintage Volvo sixty.
Looking for a change and a chance to put the fire behind him, D set off for the Philippines where he was looking after a fifty-five foot catamaran owned by a friend that was in Spain at the time.
Sadly, in September 2015, the marina where D was living was overrun by Abu Sayyaf terrorists and four people, three of them Canadian, were kidnapped. Two have since been beheaded. Unarmed and looking out the window at eleven gunmen brandishing AK 47’s, D kept his head down. After the kidnapping, D readied the boat for a six hundred mile, double-handed sail to Palau. The first hundred miles through the southern Philippines were tense as there was a significant pirate threat in the area. He made it safely to Palau where he spent a couple months leading sailing and shark diving expeditions before returning to Canada.
I am a disabled Canadian sailor. D has been a friend and companion sailor for more than ten years. You’ll see him two or three days a week at the Queens Quay Disabled Sailing Centre in Toronto where he volunteers and shares his love of sailing with Canadians living with disabilities. At his own expense, D has travelled to multiple national Mobility Cup events as a volunteer.
For all he’s been through over the years, D has always found time to serve as a
companion sailor and coach to disabled sailors. As we sail out together, D often looks back and comments on how happy it makes him to see a dock full of empty wheelchairs. You see, to D, we’re not disabled, we’re just his sailing buddies. Please consider my nomination.
Respectfully,
Kevin Rogers