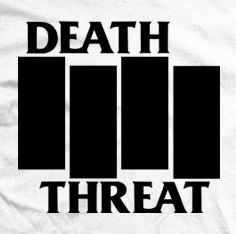 It has been a while since I wrote that piece about lifejackets and whether or not they should be worn at all times. It certainly caused a stir and I even got my very first death threat. I am not sure if the person would have actually gone through with it but he seemed pretty riled up. He was for wearing lifejackets at all times in case you were wondering.

So, since it has been a while I thought that I would stir things up once more.

This time it’s about the use of life harnesses. Yup as you might imagine I am not really big on them. I think that they give sailors a false sense of security. I have always been a “one hand for the task, one hand for the boat” kind of guy. Knowing that you are not clipped on heightens your awareness. Makes you super sensitive to your surroundings. Yes I know that a rogue wave could ruin my day but then apparently, so can wearing a harness.

Practical Boat Owner, a UK based publication, carried out a series of tests using a dummy that was weighted to resemble a grown person. Their report has been circulating for a while and reinforces what I have felt for a long time. You are no better off dangling alongside the boat still attached than you are if you fall off and the boat sails away from you. You can read the full report here but let’s take a closer look at things.
First of all when the wind is light there is little chance of someone falling overboard. I know it can happen but not likely. The report towed the dummy alongside sailing at low speeds to see what would happen. At two knots the dummy was being towed on its back with the head above water, but as soon as the speed increased the head started to dip below the water, and at four knots the body started to spin. This was on the leeward side of the boat and things got a lot worse when the boat heeled over onto the dummy.
Before you think that it would be a simple matter for the person in the water to  just haul themselves back on board, think again. I have tried it and it’s a struggle even at low speeds. Bear in mind that accidents like falling overboard will usually happen in rough seas and at higher speeds with the victim fully clothed and probably wearing a life jacket. All of this makes it very difficult to retrieve someone.  The Practical Boat Owner report was prompted by the drowning of a sailor off the UK coast. That person did everything by the book.
He was weathering a lifejacket and was clipped on, but even after slowing the boat down to 1.5 knots the crew were still unable to get him back on board. They finally attached a spinnaker halyard to him and winched him back onboard. The whole exercise took 16 minutes from the time he had gone into the water.
The test also included trying different length tethers. A person that fell overboard on the windward wide with a long tether ended up being sucked into the trough caused by the quarterwave and was repeatedly smashed into the hull. A long tether on leeward side even worse. I suppose it depends where about on the boat you are when you fall overboard, but for the dummy they used and with a long tether the victim got sucked into the quarterwave and was fully submerged. In fact the only good scenario was a short tether on the windward side. The short tether kept the victim from touching the water.
So I am not sure what to make of all of this. I am certainly not going to advocate that people not wear a harness, but I think we all need to think things through a little more than we do and not simply follow the herd.  Seems to me that without a tether there is very little chance of survival.
This report makes it clear that with a harness your chances of survival are not much better, but is “not much better,” better than drowning? Probably. So let me go back to the story I told about my brother in the piece about lifejackets. He lives in the bush in Botswana. Has done for 40 years. Never ever carried a gun and even though it’s wildest Africa, he has never had an incident. You see his logic is this. You carry a gun you get careless. You know that you have a gun there to bail you out if you get in trouble.
Without a gun your senses are heightened. You are very aware of your surroundings and you never take chances. You rely on your senses which over time become honed and heightened. Same thing on a boat. No lifejacket and no harness and believe me your senses are heightened. So I am sticking with that logic, and with fingers crossed, hoping for the best. I am certainly not suggesting it’s the right path for everyone and I certainly don’t want another death threat.
–Brian Hancock

As The Cup Turns