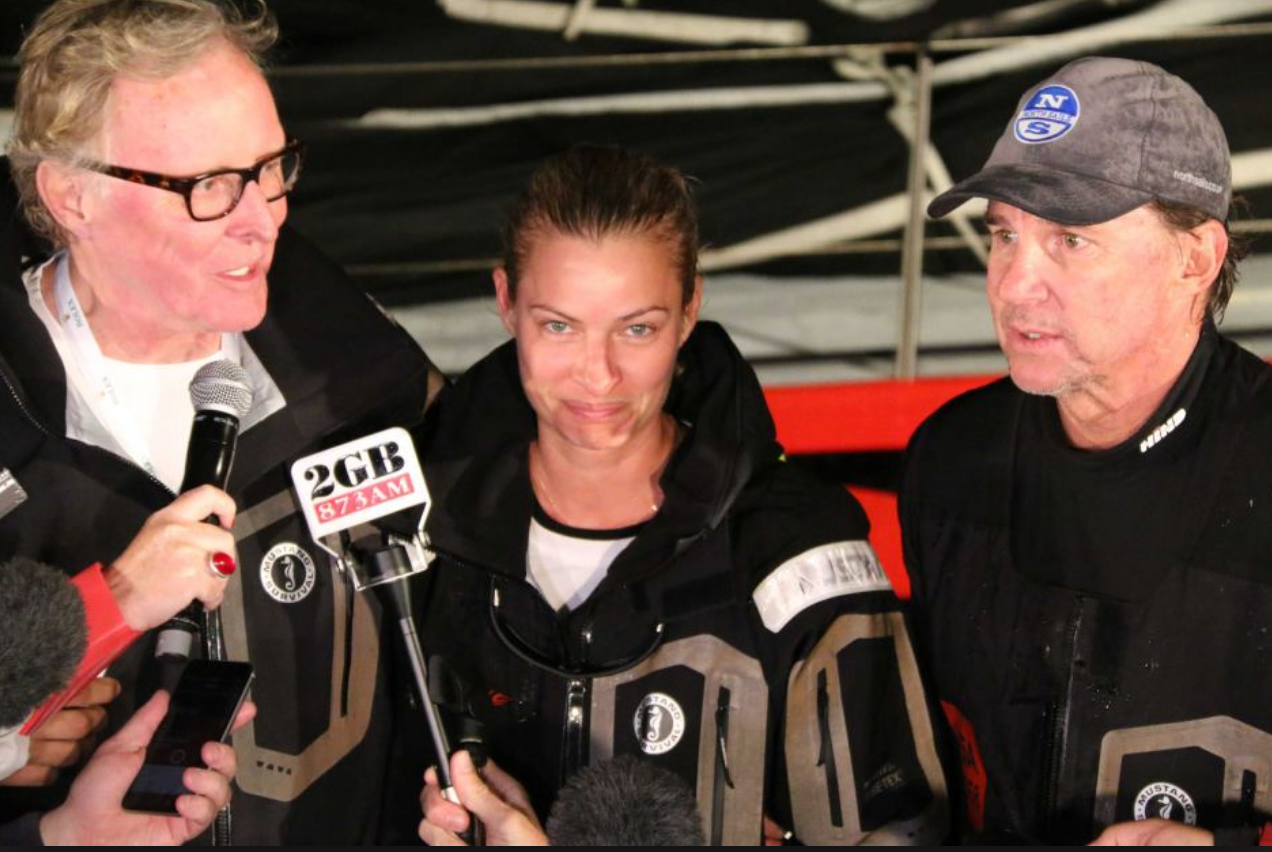 Let’s get one thing out of the way: We have quite a bit of respect for both Jim Clark and his smokeshow of a wife: Jim funded “The Cove” and had the balls to build (and occasionally sail) on the baddest monohull on the planet.  Kristy is a competitive equestrian athlete, a mother of two, a huge supporter of conservation and the environment, and had the even bigger balls to race on the mighty Native American without her husband.
And while we hope we and the Aussie media are misreading the situation, but we absolutely hate the signs that they’re on their way out of the sport, regardless of the reason.  Given the couple’s real estate moves over the past few months, their marriage could be in trouble as well.  The Sydney Morning Herald reports on the Clark’s ‘interesting’ year:
It was only a few months ago that Australian-born glamazon Kristy Hinze and her billionaire American husband Jim Clark were basking in the glory of their super maxi Comanche’s Sydney to Hobart win, feted across Australia as the new king and queen of the sailing world.
However it appears their reign will be short-lived, with word from the sailing community that Clark will not be bringing his wife or his high-tech multi-million-dollar yacht back to Sydney to defend the title.
Indeed 2016 has been an interesting year for the couple, who PS first revealed were dating nearly a decade ago and tied the knot in 2009, with a few eyebrows being raised at their age difference: Clark is 36 years older than his former model wife, Kristy, who turns 37 next month.
It is barely five months since Clark went public to debunk reports claiming his Australian model wife was at the centre of a stoush he reportedly had with his best friend and the captain of his Sydney to Hobart-winning super maxi Comanche, Ken Read…However during last week’s Audi Hamilton Island Race Week, several witnesses to the Caribbean fracas recounted what they had seen, backing up the initial reports despite Clark’s later reassurances that he remains good friends with Read.
Now it appears Clark and his fourth wife will not be returning to Australia to defend his title at this year’s Sydney to Hobart, with part of the reason rumoured to be a desire to avoid any further media scrutiny following the sensational claims published nationally back in April.
Earlier this year Hinze and Clark offloaded their Point Piper home [in Oz -ed], and this week listed their vast Palm Beach, Florida, estate for sale with an equally vast price tag for the Ill Palmetto mansion, a whopping $181 million.
The full article’s here.

no sleep till brooklyn

hey nbc: you blew it