We have huge respect and admiration for the Extreme 2 team. The other douche, not so much. 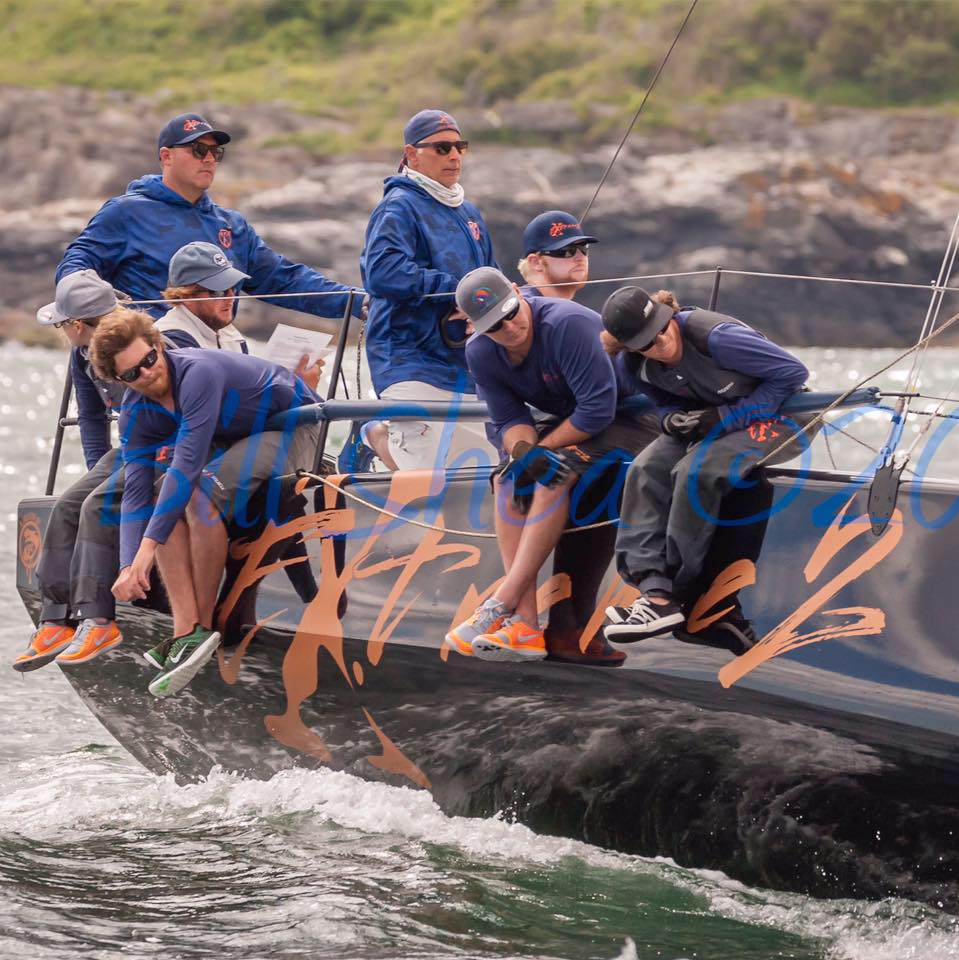 I’m not sure if anyone has read the article in this months Sailing World, but, if you have or if you do, you’ll see an article written by someone that isn’t worthy of mention.. The article’s subject had to do with the NYYC Annual which was held in Newport this past June. In that article the author, who’s not worthy of mention, addressed the collision that took place between Courageous, a J88 and a C&C 30 OD (Extreme2).
I’ve been sailing a long time, but, rarely have I seen anything as disingenuous as the suggestion that fault lies with anyone other than Courageous. They came from clear astern, their boom careened across my head, continued to crunch the starboard side of Extreme2 and then not only lost the protest, but, had their appeal denied without prejudice. The suggestion that it was anyone’s fault but their own is a complete distortion of the facts and his self serving article is unbecoming to this sport…
To make matters worse, they have stalled and hidden from owning up to their responsibility for repairs and as a result, I’ve had to get attorneys involved.
Honestly, I don’t care who he is, how great he thinks he might be or what regatta’s he’s won in the past. This is about what’s right and wrong and it’s about principle….
Accidents occur in sailing and there’s no doubt about that, but, it’s absolutely the responsibility of the boat that caused the incident make sure that they resolve the matter and repair the damage!!! I’ve been dealing with this since June and they are still playing games… It’s shameful !!
I hope you all read the article and hold the author accountable for his actions !!!
As always, thank you for following Extreme2 !!! Everyone on the team appreciates it. We read your comments and are thankful for your support.
dc
This is from their FB page, jump in and comment if you wish…