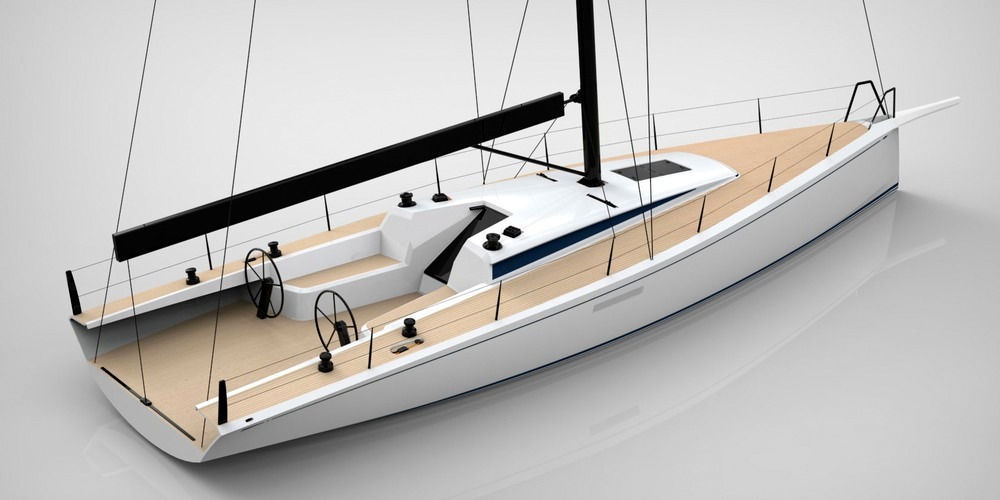 July in Finland is off-season. Companies closed, families gone to their summer houses. So it is a somewhat eerie sight to come to Nautor, this hallmark of a boatbuilder, with a brand new yacht moored in front of the Pietarsaari plant, workers everywhere when in fact there should be no one and nothing around.
Normally the Finnish adhere to national holidays like they were a religious thing. They care to spend time with their relatives and friends. Normally at Nautor they assemble boats inside, not on the dock. And normally, if and when they do invite you to a sea trial they will have checked and fixed every little detail to a degree rarely seen.
This year, however, is anything but. It marks their 50th anniversary – a date few serial production yards have passed. Nautor did not just weather this past half-century. They moulded it, earning a near-mythical reputation early on when pioneering GRP boatbuilding. Unforgotten Ramon Carlin’s win in the first Whitbread Round the World Race 1973/74 on his Swan 65 Sayula.
Now at 50 and matured in many ways, Nautor are not going to sit still. Quite the contrary. With the ClubSwan 50 they present a yacht pivotal to their near future. ‘It’s not just a new model,’ says marketing director Vanni Galgani. ‘It’s a statement.’
Read on.