pass out in the gutter 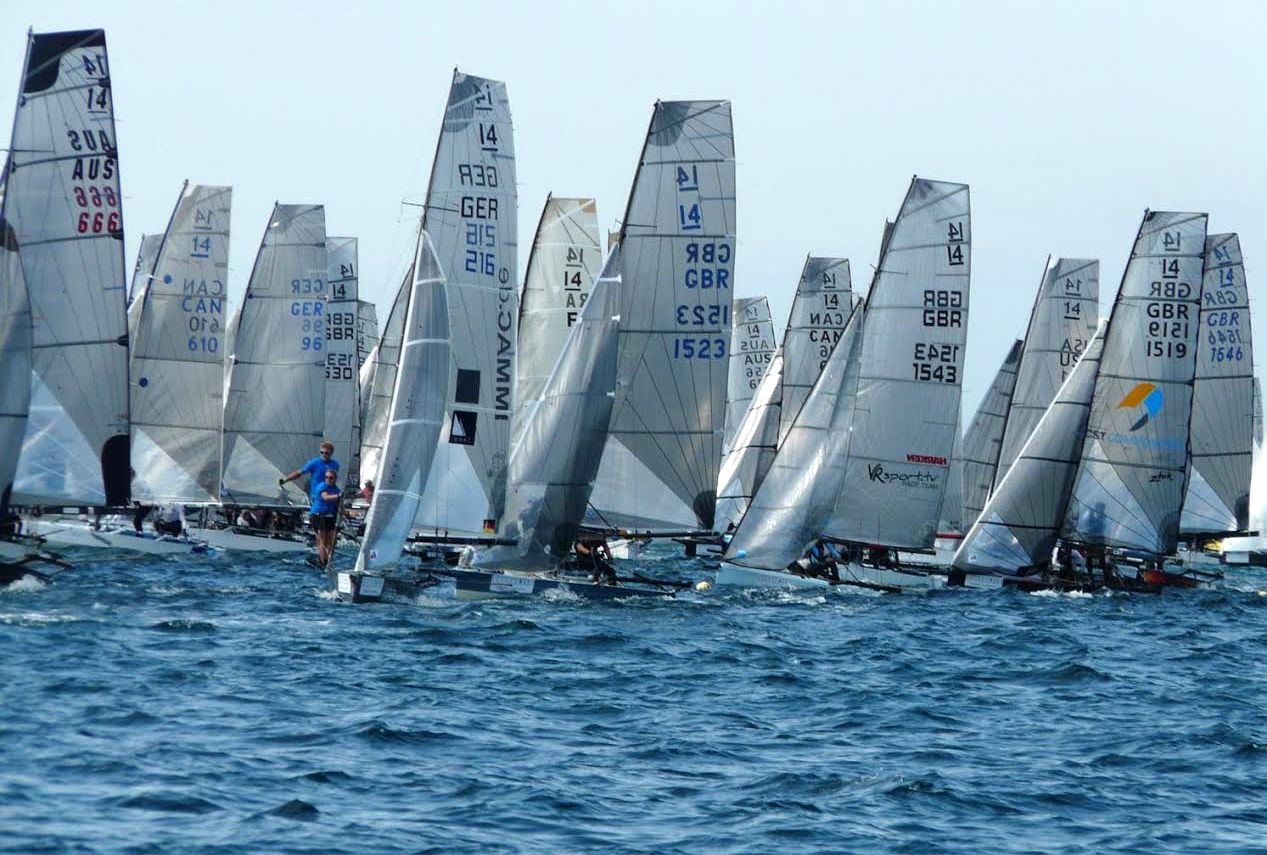 Holy shit the 14 Worlds are on! Apologies on the late reports but 14 sailing is hard and 14 parties can be liver obliterating!
So far we are about half way through the event. The 2 weeks started with Team racing which was the 14’s original world championship (back to the 1930’s) and that was won by Team GBR after the wind died in the finals and they kept the title and beat Team USA based on overall points. The big 14 Team Racing party left the French organizers yelling that they had to shut down the games due to the French still being in a state of emergency… All good times but Team USA made sure to close the activities down with no one left un-offended.
The big individual Worlds is now 4 days/4 races in. Being a very high tech but old class – the first ISAF recognized class our rules state one very long race a day – and they’ve consisted so far of 1.5-2 mile beats of a W-L-W-Triange-W-L-W-Triangle-W-Finish format that the boats with top boat speed, no breakdowns, and top boat handling at the top. Day 3 was wind up to 20 knots and we saw masts, boats and crews crumbling in half – with long nights of carbon repair back at the boat shed.
Thus far the British are showing that they are still tops, Some select Aussies are up in the top ten with a few Germans, USA boats and Canadians filling in behind. The boats were absolutely flying on Day 3 hitting 20 knots downwind and day 2 and 4 were really good as well. These boats are a blast!
Today is the lay day which means last night was big for all! Team Germany hosted their ‘pass out in the gutter party’ and they did not disappoint… There are some ‘very 14’ traditions in the fleet inspired by Team Japan and we had 4 step up to ‘Jungle Fire’ sorry peeps we cannot show the video! The French Cops left around 2am and I ducked out and unsuccessfully skateboarded home at 3:30 – not sure what happened after that.
The town and YC of Carnac is absolutely a sailing mecca – surrounded by Le Trinite’ and Lorient everyone here sails. If your class has an event here – do not miss it. More excitement to happen in the next few days and we’ll report on the madness.
14’s are Forever – Cheers!
-TG