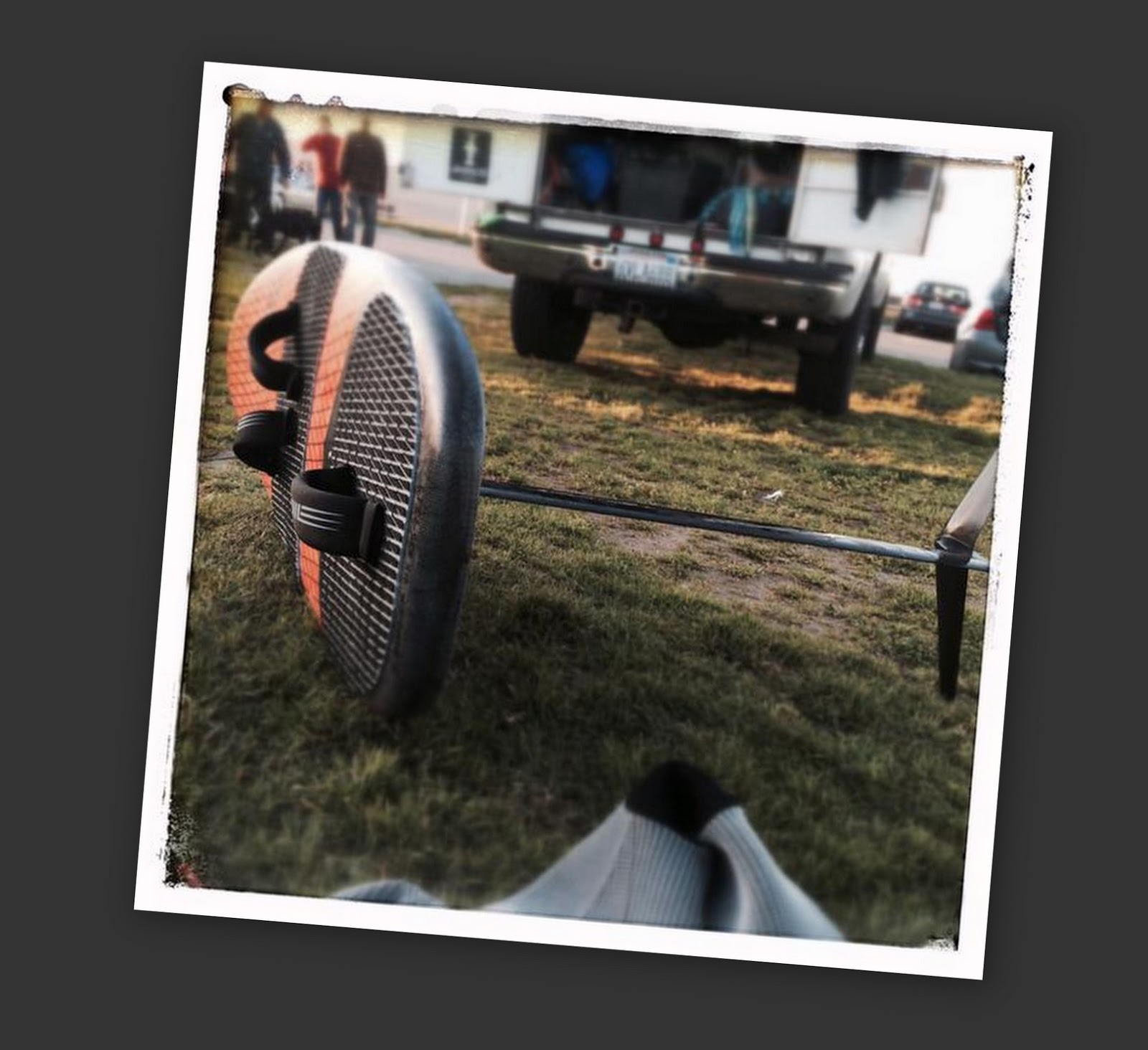 Whether or not foiling kiteboards make it to the Tokyo 2020 Games, long time US sailboarder Steve Bodner is doing his best to get to the top of the heap in the fastest-developing sailing discipline in history.  Here’s his update (and watch the sort-of video accompaniment here):
Progress, it doesn’t come easy or fast but when you least expect it. Sometimes it doesn’t seem to come at all despite everything you’d hoped for. The important thing, is to keep moving forward.
I’ve been on the kite foil now for just over 18 months, jump starting into the new discipline just after having learned how to kite a year before that. The transition to foiling wasn’t swift, but now that I’ve got some time on the water, things are becoming easier. It’s an amazing feeling, a total game changer from the previous 30 years of sailing and windsurfing. I’ve gone from barely kiting to getting most of my sessions on the foil.  It took me most of last year to learn how to foil and most of this year learning to go downwind comfortably. The sport remains awesome yet humbling in so many ways. I can foil in most conditions from 10-24 knots. However, all that changes when you line up on the race course, especially in San Francisco.
This past August, the Hydrofoil Pro Tour came back to San Francisco for the second time. Last year I entered knowing that it would be a huge learning curve just trying to get around the course, and I barely made it. I found my weaknesses and made huge strides over last year going downwind.  This year, the middle of the fleet is now where the top of the fleet was last year (making most of their transitions), and the top guys are now going around the course 20-30% faster with the improved gear. It’s a fast-moving discipline and an even faster moving fleet. I was just one of two guys still using tube kites. Its no excuse for still not being able to tack but this is a sport where you need to devote time to improve your skills and keep up with the equipment just to make it around the course, a difficult proposition for anyone coming up through the fleet.
I still can’t make a tack. My gybes, while getting better, still end up like some story of roadrunner cartoon running off a cliff and falling into the abyss. All that recovery time puts me back in the fleet and outside the time limit for an official score. I know it’s just a matter of time ’till it comes, but all the meanwhile, getting DNF’s in the score sheet is getting pretty depressing. I keep reminding myself it’s all about the journey. As I look back at my windsurf racing career, there was a lot of time spent in the back of the fleet at international regattas getting up to speed and gaining experience. I was never the fastest or the most talented but I stuck with it the longest and the persistence eventually paid off. Now that I’m in a similar position, it’s hard to see the progress when you’ve tasted success. Full story over at my blog.
Onward & upward,
Steve Bodner
USA-4