It’s been a relatively quiet summer for storms, but with the meat of the hurricane season upon us, things are starting to boil in the tropical Atlantic.  Tropical Storm “Gaston” is a long way off (and hopefully he won’t be as nasty as his namesake in the early days of the SA Forums), but TD 99L is already on the doorstep to the Caribbean, and poised to be named Hurricane Hermine soon.  From our own longtime severe Wx prognosticator Mark Michaelson: 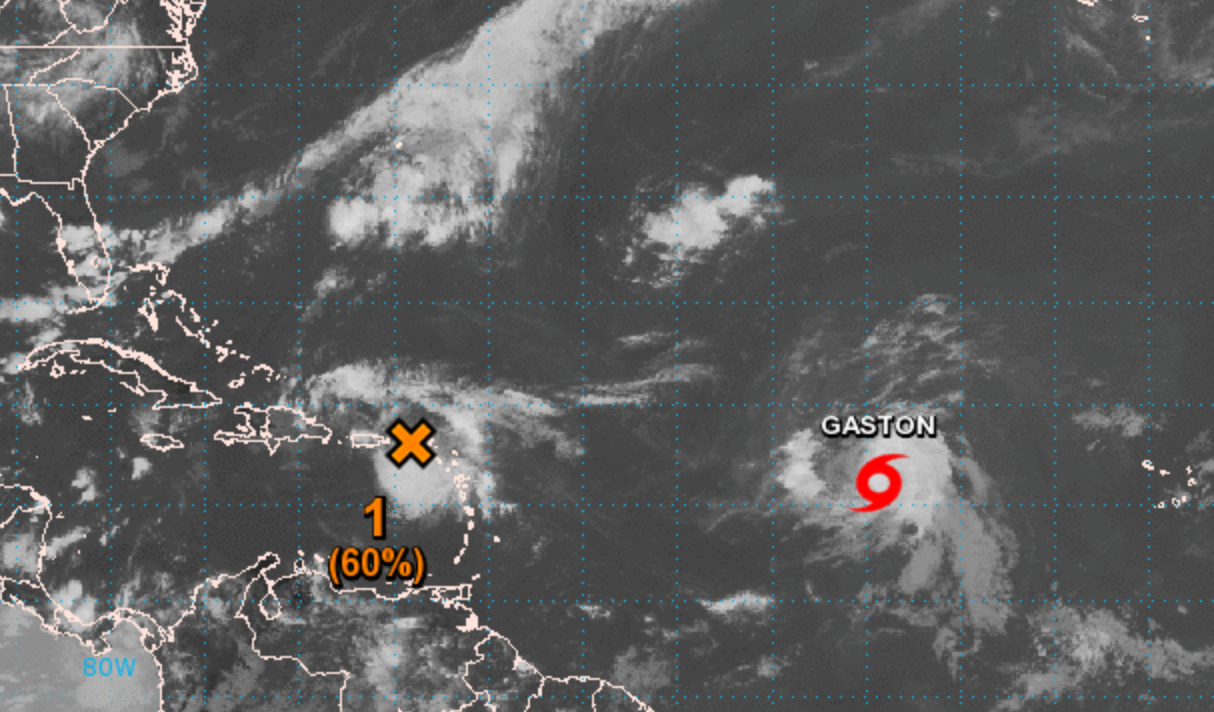 System 99L isn’t well organized and it isn’t in a dynamic environment for rapid intensification…YET***. The dry air surrounding 99L will give way to a less stable and more dynamic environment on final approach to the Florida Peninsula. If the ridge builds back in this could look very much like a Hurricane Andrew or Hurricane Katrina event. Neither of those ended very well for the participants…If however the topography of Hispaniola keepS the lid on things and the ridge doesn’t build back in then it is likely to just be a small, nasty little storm with modest damage. Regardless, people living in the central and western Caribbean, Florida and all of the Gulf Coast should start to watch how this system is progressing over the next four days.  More later (HERE) as things get potentially more interesting.